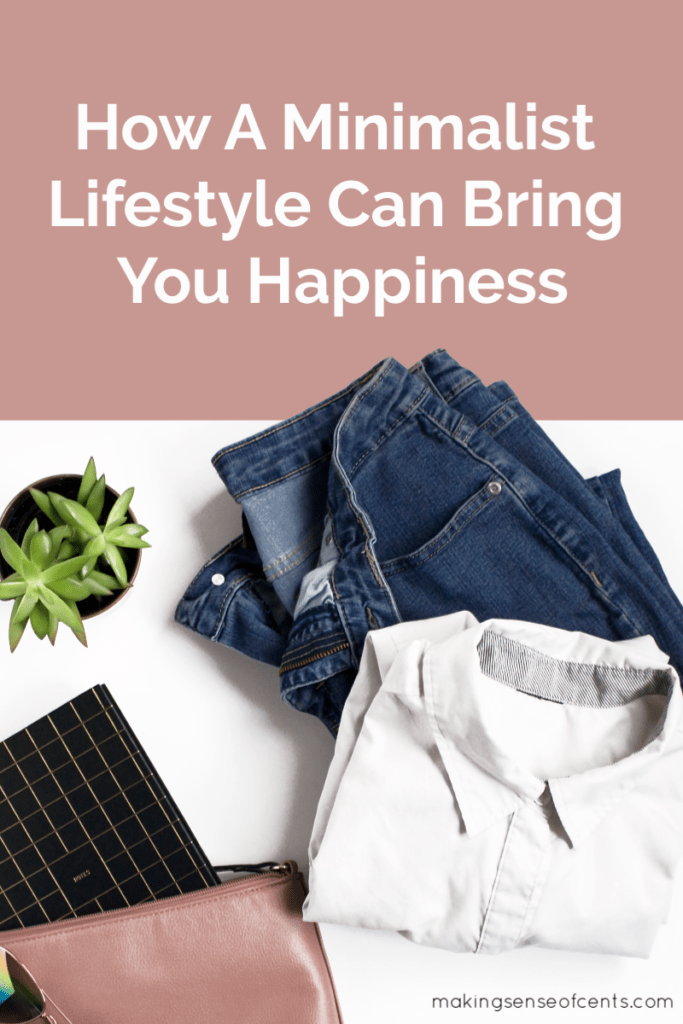 I should start out by telling you that I haven’t always been a minimalist. I used to purchase crazy amounts of clothing, random items for my home, honestly wasn’t interested in a minimalist lifestyle, and so on.

I would hoard all kinds of things, hoping that one day I would find a use for them. I actually told myself I needed those things, which lead to overspending when I should have put my money to better use.

Then, a few years ago, I realized that I had an unhealthy relationship with material things. It wasn’t just that I had too much stuff, it was that I was overspending to compensate for being unhappy with my job, among other things.

Things really started to change for the better when I quit my day job to blog full-time. And, once we decided to travel full-time, at first in an RV and now a sailboat, I’ve had to donate or give away the majority of my belongings. Getting rid of all of that stuff was hard, but now I pretty much only have the things I need to get me through the day or week ahead.

Honestly, I love it so much better this way!

As a full-time traveler, there is no extra, and before I purchase anything, I have to really consider if that item will be useful because there is only so much we can carry.

I never intended to live a minimalist lifestyle, but now that I am, I am so much happier!

I know that not everyone wants to be a minimalist. And, I’m not pushing it on anyone. I know that buying stuff isn’t all bad, and there are many material things that can make your life easier.

My goal today is to just introduce you to the idea of living a minimalist lifestyle, especially since the average person has a lot of extra stuff in their life that they don’t need. This can lead to debt, buying things just to impress others, wasting time, and so on.

Plus, being a minimalist has changed my life for the better, and I believe that it can help others as well.

Prior to living a minimalist lifestyle, I used to spend a lot of time thinking about spending money. That alone was stressful, and I am far from that now.

It’s easy to get lost in the idea of spending money on things to fill your life, like filling your closet, your home, etc. And, if you consider that home sizes have grown significantly in the past few decades (according to the U.S. Census Bureau, they have increased from 1,000 square feet in the 1950’s to nearly 2,600 square feet today), it’s easy to see how far from the minimalist lifestyle many of us might be living.

The minimalist lifestyle isn’t just about having a smaller house. It’s about simplifying your life. And, we could all probably benefit from living a simpler life that lets us focus on the things that truly matter, and there are many reasons why:

Here is how the minimalist lifestyle has changed my life:

Like I said before, I used to spend way too much money on clothes! Throughout high school and college I worked at a resale clothing store, and it felt like I was constantly coming home from work with more clothes. Now, because they were resale, I wasn’t paying the full price, but I didn’t actually need those things in the first place!

After downsizing to move into an RV, and then downsizing a little more to move into our sailboat, I’ve learned that I don’t need much in order to be happy. If you were to see what’s in my closet now versus what I used to have, you would be shocked. I really did think that I needed all the clothing in the world in order to be happy, but now I know that I really don’t need much at all.

In fact, I hardly ever purchase clothing, and I’ve been wearing nearly the same things for several years – I’m even wearing shirts that have holes in them!

For me, it’s now about buying things that are more “classic” and won’t go out of style, plus I look for quality over trendy things that will probably fall apart on me.

It feels great when you realize that you don’t need all of that extra stuff in your life.

Instead, purchase what you want and need, rather than thinking about keeping up with others or falling for the idea that emotional spending is something that will help you.

Minimalist living allows me to have more time to spend on other things.

Just think about it – the more material things you have, then the more time you have to spend on using them, maintaining them, repairing the, cleaning them, and so on.

I would much rather live with less than think about all of the things that I own that need work done to them!

With minimalist living, I’ve realized that I don’t need much.

Before I was a minimalist, I kept a lot of things because I thought I needed them for the future. I was probably only regularly using about 25% of the things I had in my house.

In reality, it was probably even less than the 25% figure that I just said above.

I know I’m not alone, and many people keep items because they think they might need them in the future. You know the feeling – you buy something, don’t use it right away, find it years later, and now you still can’t get rid of it because you think there will be some circumstance when you need that exact item.

If this is you, then you should put a timeline of no more than one year on the item. If you don’t use it in that timeframe, then there’s a big chance that you’ll never need it or will even miss it that much.

Instead of buying items that you rarely use, you may want to think about renting or borrowing them from someone else.

I save more money by living with less stuff.

Now that we’re living a minimalist lifestyle, we are able to save a great deal of money. Instead of thinking that we need everything out there, we are now much more realistic about our needs. We’ve also been able to realize that most of the things we see in stores are really just clutter, for us at least.

Plus, now that I realize how much money I’ve wasted over the years, I am able to say “no” at the store when debating whether or not I should purchase a certain item, especially one that might create clutter. Even if you don’t live in a boat, RV, or tiny house, you can still have clutter.

I have so much more control over my spending and that has saved me a lot of money.

I understand now that I don’t need things to make me happy.

In fact, in many circumstances, it’s far from that.

Before I was living a minimalist lifestyle, I actually had a lot more stress and frustration in my life. I realized that those feelings were in part because I wasn’t using everything I had, I felt guilty about how much I was spending, and that physical clutter was becoming mental clutter.

If your spending and stuff are causing negative feelings, it’s time to make a change.

You’ll probably never say, “I’m so glad I bought all those pairs of pants 35 years ago!” But, you might actually say, “I’m so happy I’ve realized that I don’t need to overspend in order to be happy.”

You should only own something if you truly want or need it. Who cares about what everyone else has!

A minimalist house allows me to travel.

Because I travel full-time on a sailboat, I must maintain my minimalist lifestyle. And, it’s not hard for me to choose a minimalist lifestyle and boat life over the clutter I had before. It would be quite hard and not nearly as enjoyable if I had a bunch of things holding me back.

I really, really love and enjoy being able to travel full-time, and it is one of the best benefits of living minimally.

How do I start a minimalist lifestyle?

Decluttering can change your life!

Do you think minimalist living could change your life? Why or why not?