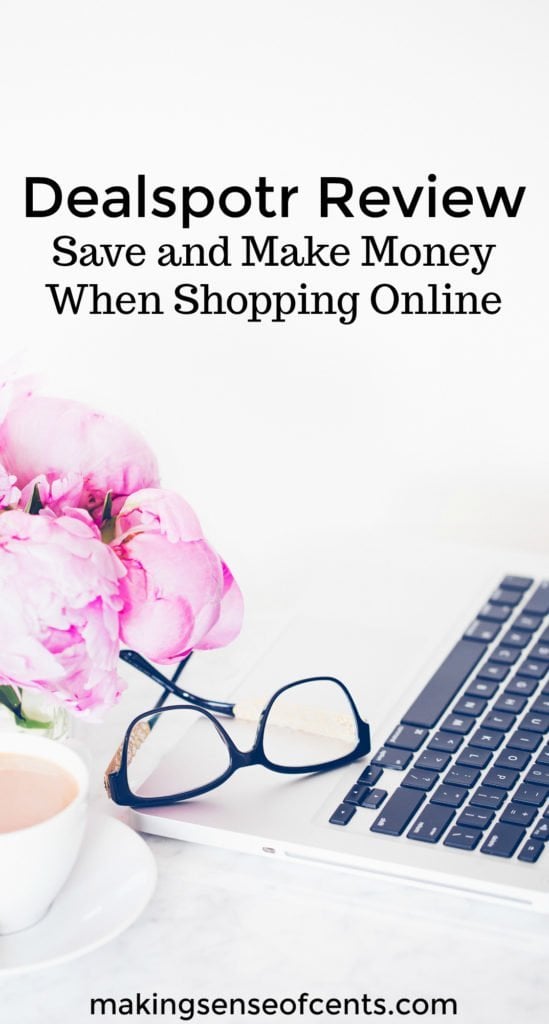 Today, I am sharing my Dealspotr review with you. This article is sponsored by Dealspotr but is 100% my opinion.

Dealspotr.com is a crowdsourced savings platform that has helped shoppers save over $20 million since launching just around a year and a half ago.

Yes, this website has helped shoppers save over $20 million. Million with an”M!” 🙂

Per Zipfworks’ research, the average discount code shopper spends 19 minutes visiting 3 or 4 coupon websites, entering codes, and mostly missing out on the average $14 savings enjoyed with a successful coupon code redemption. Dealspotr is a website that will save you approximately 17 minutes and $14 each time you shop online.

Dealspotr is a real-time deal sharing website where members post deals, coupons, and promo codes, and are then rewarded by Dealspotr for sharing them. Due to this, Dealspotr now has an amazing database that contains over 5,000,000 deals.

So, this means that you can pretty much find a deal any time for almost anything on Dealspotr.

I played around on the website for quite some time to get a good feel for it, and I can’t believe I had never heard of Dealspotr before. This platform definitely would have helped me to save more money shopping online in the past!

How does Dealspotr compare to other deal websites?

If you’re like me, then you probably hate to waste time. And for me, it always seems like with many of the other deal websites like I am always wasting my time on coupon codes and deals that are expired, or ones that probably never even existed in the first place!

On the other deal websites, deals would claim to be valid and people would say they they had used the coupon, but it always seemed like coupon codes never worked for me. Due to that, I almost entirely gave up on searching for coupon codes because I was starting to think it was a waste of time.

However, it’s not like that with Dealspotr. Dealspotr has more codes and fewer expired ones than RetailMeNot, Coupons.com, Groupon, or any other coupon site. 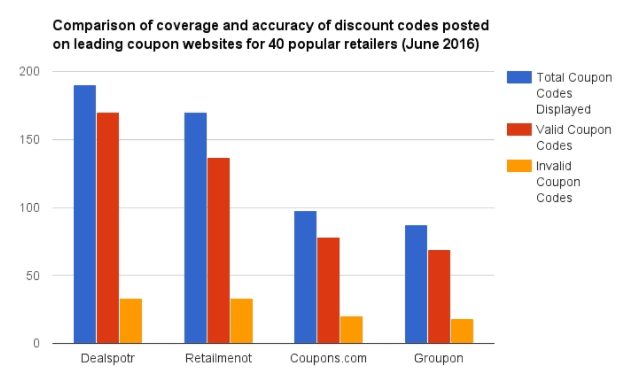 As you can see with the chart above, Dealspotr leads over other somewhat similar deal and coupon websites when it comes to total coupon codes as well as valid coupon codes.

As you can see with the chart above, Dealspotr leads over other somewhat similar deal and coupon websites when it comes to total coupon codes as well as valid coupon codes.

I went through quite a few deals on the site, and many of them were working. The ones that weren’t working were already invalidated by members of the community, so I knew not to even waste my time on them.

They also go further than other deal websites – instead of just sharing regular coupons and promo codes, Dealspotr shows you single-use codes, personal referral codes, and third party deals that can snag you that extra discount in ways you won’t find on other coupon sites.

So, how do I find a coupon code?

Whenever I buy something online, I ALWAYS look for a coupon code before I submit the purchase. And, I almost always find one. Even if it’s only a savings of $5 (or even $1), I like to save money!

Plus, finding a coupon code online is easier than ever.

My husband needed a PFD from West Marine the other day, and it was a few hundred dollars. 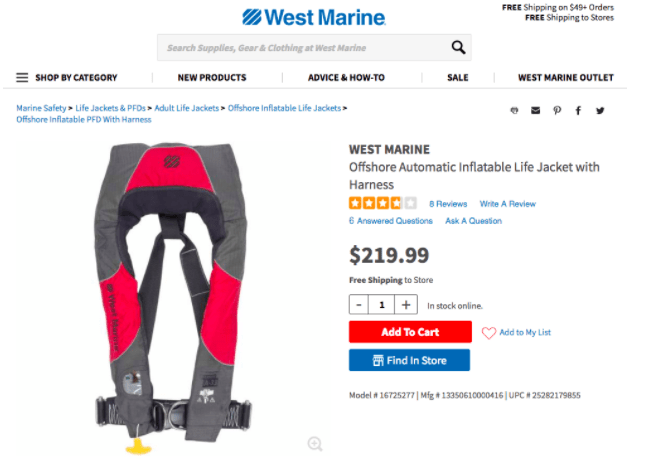 If I could save even just a few dollars off the price of that, I knew I would be happy.

I tried heading to a popular coupon site to find a promo code for my order. But all I saw were a few sales going on for the West Marine site – nothing to do with my husband’s PFD. 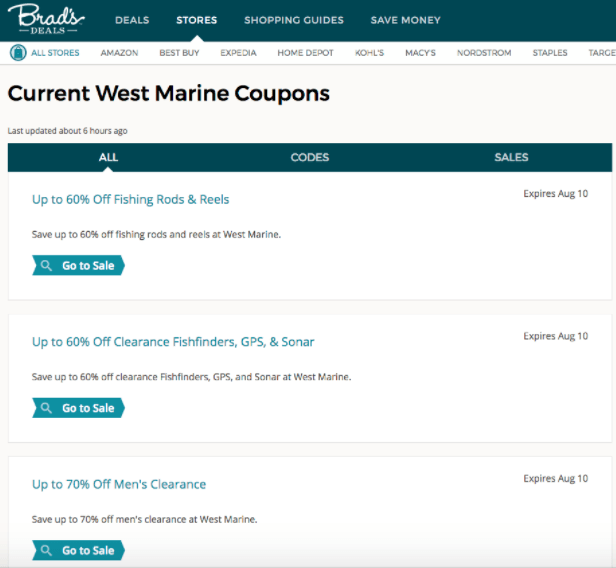 I then went to West Marine’s Dealspotr page to try my luck. I saw that I could save $15 by entering this coupon code. 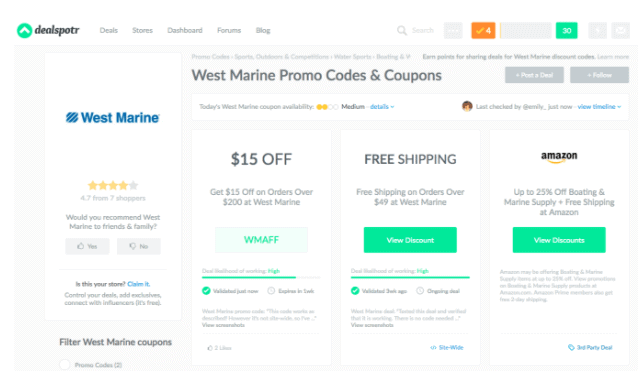 And, what’s nice about Dealspotr is that I can see the “Deal likelihood of working,” the last time it was validated, and the expiration date. 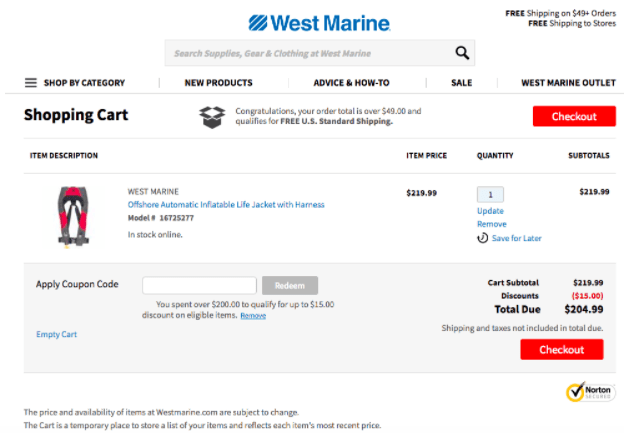 I saved some money, just with a few clicks.

How can I sign up for Dealspotr and start saving money?

You can get started with Dealspotr quite easily. You just need to: 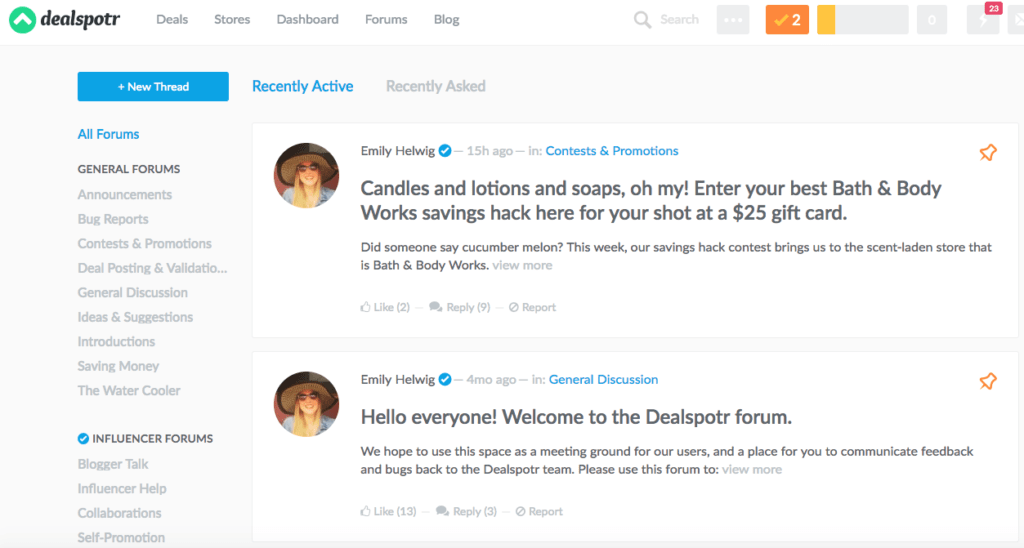 And more! There are a ton of different things that you can do on the platform. 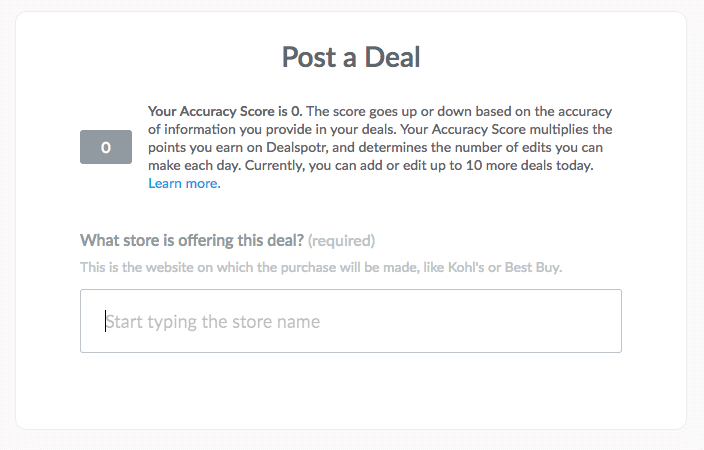 The deal posting tool will guide you through the information you need to provide in order to help shoppers successfully redeem your deal. You then earn points on Dealspotr for posting deals, which are redeemable for gift cards.

If you find that your deal has already been added to the site, you can “validate” this deal instead, which is shown in the sections below.

Validating deals is quite easy to do (it couldn’t be easier) and it’s great because you’re helping other members save money, as well as earning rewards as well!

Here is an example of me validating a deal:

I found this deal on socks:

But who wants to pay full price?

So, I want to see if this deal actually works.

I went to the website and the deal worked, as you’ll see in the screenshot below!

So, now that I know that this deal works, I will now validate the deal so that more people know that the deal DOES in fact work.

You can see exactly what I did in order to validate this deal. 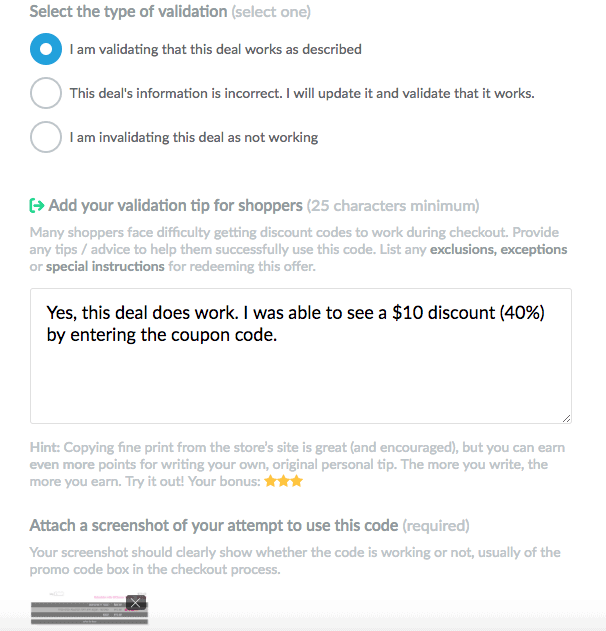 Here is an example of a deal not working: 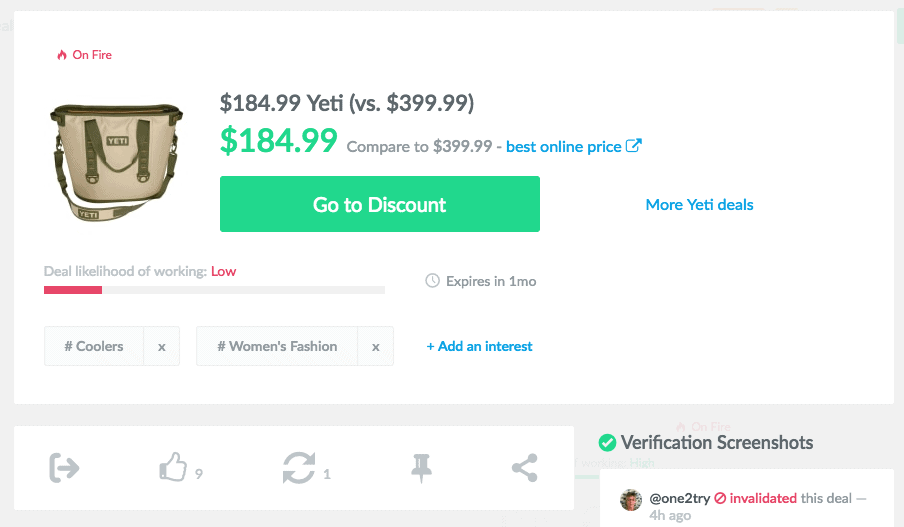 I found this deal. It says it should be $184.99 for a Yeti bag, instead of the normal price of $399.99. It says the deal likelihood of working is low but that it still has one month until it expires.

I went and clicked on the link in Dealspotr, and it was correct, the deal does not work as you can see in the image below. 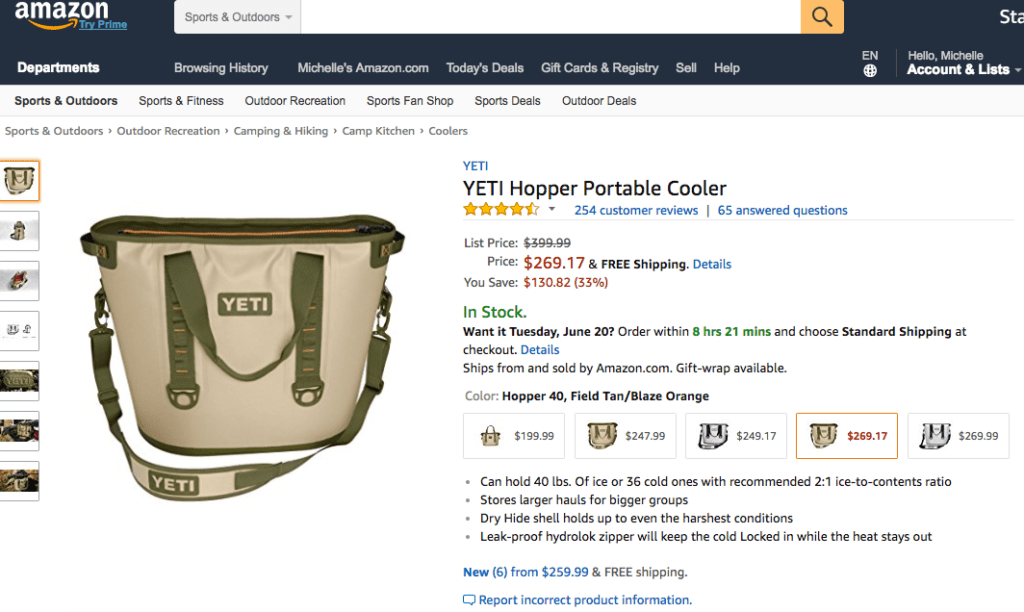 I then click on “I am invalidating this deal as not working” and I describe what happened when I tried to check out the deal as well as include a screenshot of the actual price.

Voila, and now people will stop wasting their time on this deal that does not work!

Now, what kind of rewards do members receive?

By being active on the website, you are actually rewarded! Members gets to earn points, build reputation, have daily tasks to complete, and so on, which makes the website even better because members are always trying to improve their rewards.

So, this means that there are more deals and more of them are working because of this great reward system.

You get rewarded through Dealspotr and can actually make some extra money through the platform. You don’t have to buy anything to earn points, just share deals and be helpful to other shoppers. And, if you’re a blogger or social media influencer, you can collaborate with them through their Influencer Network and get access to paid projects and cross promotional opportunities.

Members on the site can redeem their points for gift cards whenever they reach 10,000 points.

Now, all of the above probably already sounds super interesting and you are probably interested in joining the website. However, there is another great benefit of joining the Dealspotr platform!

Dealspotr partners with bloggers and online influencers so that they can continue to grow their website. Influencers in the Influencer Network receive special perks, such as being able to join their affiliate program, increased rewards on the website, and greater visibility and exposure across their platform.

Dealspotr recently added merchant accounts to their website, such as DKNY, GearBest, and Away Travel. This is the first step leading up to this summer’s rollout of the Open Brand / Influencer Marketplace, where brands will offer paid marketing opportunities to influencers, and influencers will be able to browse these campaigns based on topic/brand/interest/etc and run multiple campaigns without hassle.

Have you heard of Dealspotr before? Are you interested in trying out this platform? Why or why not?