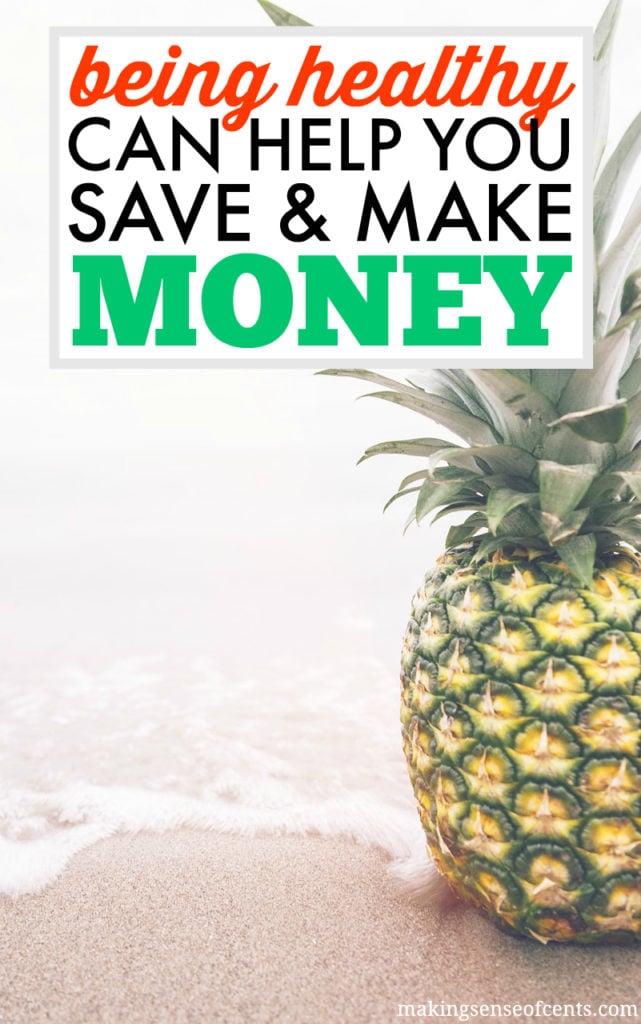 I remember the summer of 2010 all too well. I was in college battling my way through engineering school, working part-time, and racking up debt via student loans and excess medical bills.

Those were tough times for me. Being a young adult I was still adjusting to life on my own and learning first-hand about the stress and anxiety that comes with it. As a result, I spent most of that summer and the following year in and out of doctors’ offices and hospitals.

I couldn’t seem to stay healthy for more than a couple of weeks. Not only that, but I had some nagging digestive issues pop up that I had never experienced before. For simplicity’s sake, let’s just say that it was borderline Crohn’s disease, and it was impacting my day-to-day quality of life.

Growing up as a healthy, active child I never in a million years thought that would be my life. Boy, was I wrong.

After seeing my twelfth doctor in about as many months, I started losing faith in modern medicine. That’s when I began to search elsewhere for some answers and more importantly, at my own lifestyle and habits.

I read a lot of books, blogs, and articles regarding all-natural alternatives to medicine. Some of the information helpful, others not so much. There was, however, one recurring theme that kept coming up – eat a healthier diet and you just might start seeing improvement. Some people gave this a shot immediately. Others waited until they ran out of options medically. Whatever the case, simply eating a healthier diet often yielded a drastic improvement in health and symptoms.

I figured that would be a good fantastic place to start considering the bulk of my diet was processed foods, alcohol, and the occasional salad.

Over the course of the next few months, I started making healthier food choices. Less fast food, less drinking, and more whole foods. I experimented a lot. If I ate certain foods and felt like crap after, I put them on a “do not eat” list. It didn’t take a few hours or days, but a couple weeks later, I began feeling shockingly better. My anxiety decline dramatically, my digestive issues became less bothersome, and I felt happier.

Making the choice to get into healthier eating habits is hands down the best thing I’ve ever done in my life.

I wish I had the exact numbers because I’m guessing in 2010 alone I spent upwards of $5,000 from being such an unhealthy mess.

Let’s fast forward to present day Jason who is in a much different situation than 2010 Jason. I go to the doctors’ office once, maybe twice a year for routine checkups and accidents. I very rarely have digestive issues. My anxiety is at an all-time low. I’m at a great place with my career and passions. And my personal life has never been better.

Looking back, my only regret is that I wish I had starting eating healthier much sooner. However, hindsight is 20/20 and if I hadn’t experienced all of that back then, I probably wouldn’t be the same battle-tested individual I am today.

In reflection over the past several years, eating healthy has done wonders for my financial situation. What I really want to share with you today are a few of the reasons why healthier eating habits can help you to save and earn much more money than an unhealthy counterpart.

This is the most obvious reason of them all, yet for some reason still goes overlooked by many. With ever-increasing insurance premiums and deductibles, patients are responsible for a lot more of the medical expenses they incur.

In 2010 alone I spent close to $5,000. That doesn’t even include the years that followed and dozens of doctors, specialists, and therapists visits. By developing healthier eating habits, you’re making the choice to potentially save thousands by not needing to pay for your poor health.

Maybe you’re not an anxious, digestively cursed person like I am. Other poor examples of health still apply. Let’s look at a much more common example. More than half of Americans are overweight or obese. According to a 2012 study published in the Journal of Health Economics, the average obese person spends roughly $2,700 per year more on health care than a “healthy” individual. If you were to have some sort of catastrophic event, such as a heart attack, those numbers would be much higher.

By eating healthier and lowering your body weight even a little bit, you can lower blood pressure, improve cholesterol, and decrease your risk of Type 2 diabetes. All things that relate to higher medical care costs.

Cold hard cash isn’t the only thing you’re spending at the doctor’s office – you’re also sacrificing your precious time. According to a Harvard Medical School study led by Dr. Ateev Mehrotra, Americans spend a collective 1.1 billion hours per year obtaining health care for themselves or others, valued at a grand total of about $52 billion of lost time. Time that could have been spent earning money, working on ways to improve yourself, or just plain enjoying life.

Being in and out of different medical appointments isn’t fun and neither is being on a first name basis with your pharmacist. By making the decision to eat healthier, you reward yourself with more money and more time back in your pocket.

When you eat a healthy diet, your body is properly nourished and you have the energy and focus to make it through the work day. When eating an unhealthy diet, you may feel tired, depressed, and even more hunger – all things that distract or limit your ability to be productive.

If you’re working for yourself, this one is a no-brainer. It’s ultimately on you and your colleagues to bring in more business. The more productive you are, the more business you do, and the more money you earn. Simple as that.

But even when working for someone else, being more productive certainly has its benefits. Efficient, top producers at companies are most often the ones first in line for promotions and bonuses.

This means that if you’re feeling oddly unproductive at work, the first thing you should change are your eating habits.

Let’s face it. Most people love going out to eat. The sad truth is that most options you’ll find on restaurants’ menus aren’t exactly the healthiest food choices. So what does this mean for those desperately trying to eat healthier?

This is a good thing. For starters, cooking is a basic skill that every human being should learn. It’s also a great skill to impress a date with, if you didn’t already know. Second, you have much more control over the types of food you consume when you cook at home. It’s a heck of a lot easier to eat healthy when you know exactly what’s going into the food you put in your belly.

And finally, there’s the money factor. According to the folks over at Thesimpledollar.com, the average “going out” meal costs $13 per person compared to about $4 when you cook for yourself.

How many times per week, or even per day, do you eat out? I bet there’s a ton of money for you to be saving.

It’s a common belief that money can buy happiness. While this may hold true to an extent, it turns out that the opposite has a much more powerful effect – happiness leads to more wealth.

A study published in the Proceedings of the National Academy of Sciences showed that adolescents and young adults with higher levels of life satisfaction earn significantly more money later in their careers.

Turns out that happiness in the workplace is a one-way ticket to a higher salary. Why is this?

If eating healthier is still something that’s not on your agenda, it should be.

The key to healthier eating, like many things, isn’t a magic bullet. You don’t wake up and say “today I’m never eating junk food again” and expect to actually get anywhere. That’s a prime example of trying to go too hard, too fast. You don’t need some miracle overnight epiphany or change of character, what you need are better habits.

If you want a full, beginner style breakdown of how to develop healthier eating habits, I’ve written a guide that will walk you through what you need to know. If you’re pressed for time and want the tl;dr, then don’t worry, I got you.

Like most things, the way to develop healthier eating habits is slowly and consistently.

If eating healthy was easy, every one would be doing it. Too many people think they have to sacrifice all the foods they love to eat healthier. Nothing could be further from the truth. You don’t need to make that drastic of a change, especially when starting out. Remember that even little changes to your diet can have dramatic effects on your health.

Here’s what you really need to know:

In summary, eating healthy doesn’t only affect your health, it affects many other aspects of your life – money obviously being one of the frontrunners. As I’ve shown, healthy people earn and save more money by staying out of doctors’ offices, being more productive, cooking more meals at home, and just all around being more rad.

Choosing to develop healthier eating habits is hands down the best change I’ve ever made in my life. The keys to starting, as with most habits, are baby steps and consistency. Change isn’t easy and old habits die hard, but heed my advice and follow the tips I’ve provided, and you should be well on your way to healthier, richer life.

Author bio: Jason Gutierrez is a blogger, engineer, and full-time sushi lover. He is the founder of The Monk Life – a blog dedicated to simple living and productivity. With it, he helps people design a simpler, more productive lifestyle through better habits. He firmly believes that everybody is their own superhero. To learn more about Jason and his philosophy check out www.themonklife.net.

Could having healthier eating habits help you save and earn more money?