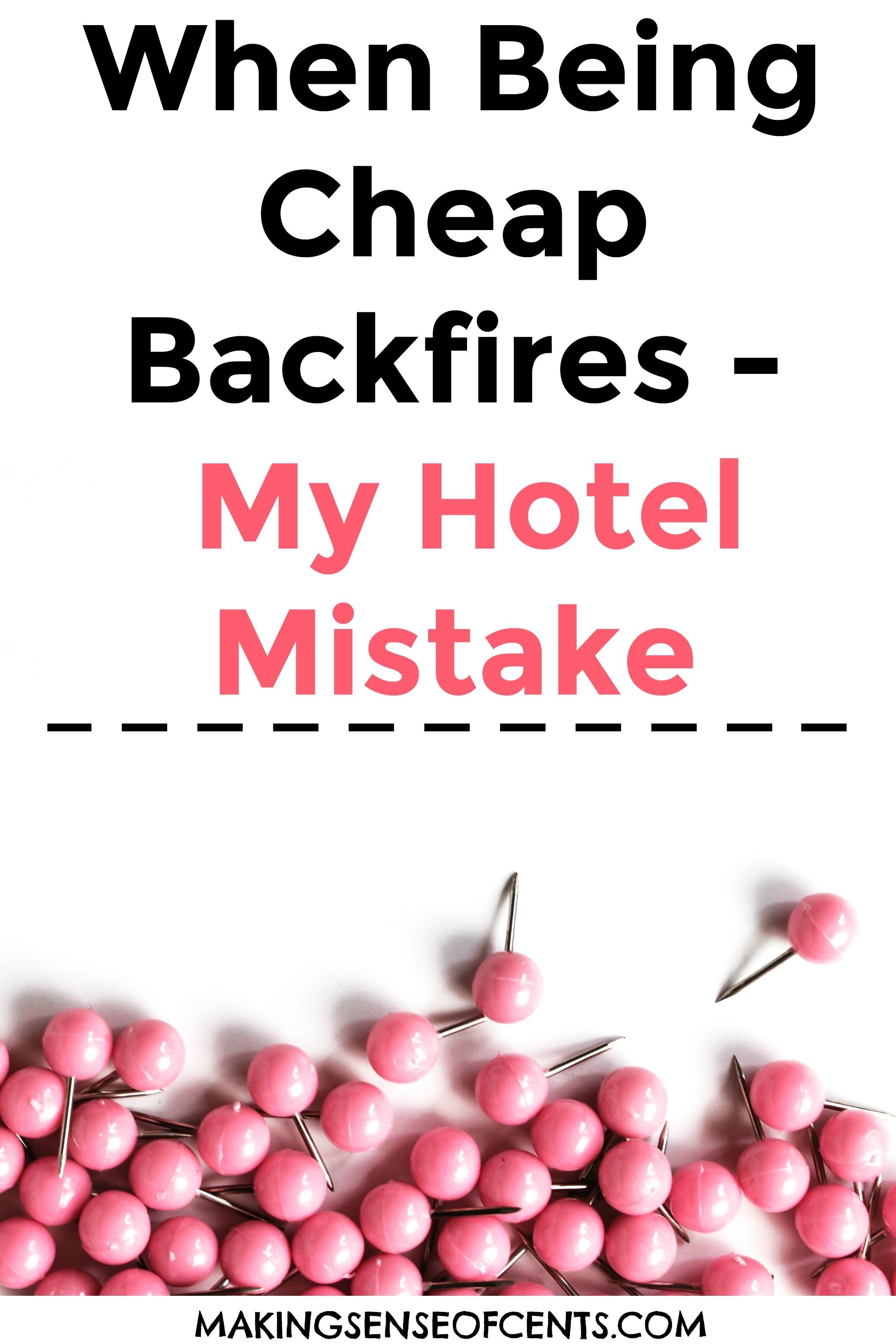 We are currently on another road trip to Colorado. We are attempting to climb and summit a few mountains, but we also want to explore different areas we may want to move to.

Since we have been going on so many trips lately, I have been looking for different ways to save money. I am a personal finance blogger after all, so that only makes sense.

So, I found a place the other day. We have been booking everything as we go, and since it was Labor Day weekend, nearly everything was already sold out or extremely overpriced. I found a hotel for $80 a night, and we only wanted to stay there for two nights. Our total damage was $160.

It was a great price when compared to the other places I found in the area for Labor Day weekend.

However, the cheap price was the only good thing about this place. Being cheap though can cost you money. Below are some of the bad things about the place we paid for:

Wow, it’s just scary writing about everything we saw in the one hour we were there.

We checked in, left to grab something to eat, got back to the room and immediately started finding another place to stay.

At first, I was extremely upset that I prepaid for this place. However, since this was a “vacation,” staying in a place where we literally wanted to throw up just wasn’t going to work.

I found another hotel and booked it as soon as I could. I then walked into the front desk to the gross hotel we were at and checked out immediately.

And this is how being cheap backfired on me. I didn’t want to spend an extra $50 a day in order to stay somewhere “normal” and instead I ended up wasting $160 and a few hours because we couldn’t bare to stay in that hotel for more than a few hours.

I know there are others who are fine with staying anywhere and they only care about having a place to sleep, but I just could not do it. I thought about it for a slight second just because of the money I’d be wasting, but then I realized how crazy that sounded.

Luckily enough, the person checking me in at the next hotel asked where we just came from and how our day was. I explained our horrific story and how I was so glad that they had room for us at their much better hotel. He said he could NOT BELIEVE where we came from and that he knew we must have been horrified because we were actually not the first person who did the exact same thing we did (check in at the bad hotel, only to leave and go to his hotel). He then said he added a discount to our stay and that it was no problem. I told him he didn’t need to but he insisted. Isn’t that awesome?!

Anyway, here are my tips to avoid making a costly mistake like I just did. Being cheap can cost you money!

I am a serial review reader, so I can honestly say that I read numerous reviews about this hotel. The reviews weren’t the greatest, but it sounded like a lot of people were just used to luxury hotels so I ignored them.

OH MY GOD was that a huge mistake.

From now on, I will always trust bad reviews, especially when there are a ton of them.

The other hotels in the area were about $50 more per night. I thought I didn’t want to spend that, so that was the main reason we booked the BAD BAD BAD hotel.

In the end, the $50 extra per night was well worth it.

We received a clean room, a fantastic dog walking area and even a trail along a river to walk our dogs, fast wi-fi, breakfast in the mornings that was actually good, good customer service, and more. We also feel much safer here.

Think about how badly you want to save money.

I thought that since it was only two days, that I wouldn’t really care about how cheap the place was. I thought for $80, that the hotel couldn’t possibly be THAT bad, because $80 still isn’t dirt cheap. Considering I’ve stayed in nice hotels in the Caribbean and Florida for around $100 a night, I thought an $80 hotel would be somewhere near average.

Nope, I was wrong. I couldn’t make it an hour so there was no way I would have been able to make it two days.

I didn’t want the savings that bad and I realized that once we arrived at the hotel. This hotel should have been no where near $80 a night. I think it should have been one of those $29.95 highway motels that I often see.

Has being cheap backfired on you recently? How much money did you lose?