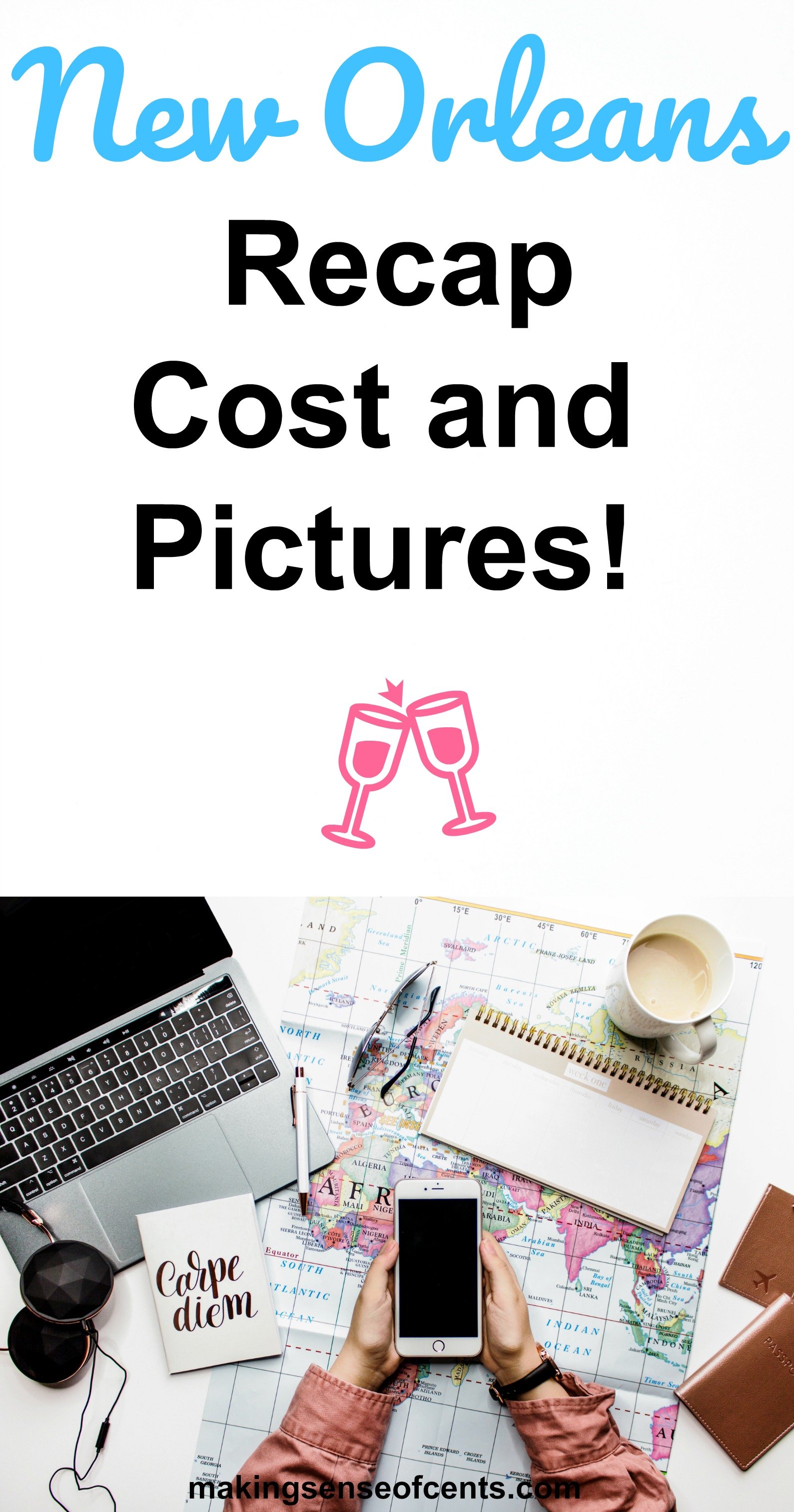 We had a ton of fun on our vacation to New Orleans and managed to do New Orleans on a budget. It was much more relaxed than past vacations. We left on Tuesday at around midnight and drove through the night.  We arrived at around 10 or 11 am on Wednesday.

I slept for probably 12 to 15 hours each day. It was a sleep vacation for me…

Also, nothing in this post was sponsored, I only included links in order to be helpful to anyone who might be venturing to New Orleans.

New Orleans is a lot of fun.

There are tons of beautiful buildings, and interesting people are everywhere. There is good food, good drinks and great music everywhere. We went with two of our good friends, T and J.

We did a ton of walking. We walked from place to place and just went to whatever was in the area. We went to Cafe Du Monde twice and yes the beignets are to die for. One order is $2.42 and includes 3 doughnuts. Three should be enough! We made the mistake of each of us ordering our own plate and we definitely were not hungry enough for 12 doughnuts. Cafe Du Monde only takes cash just so you know. I have also heard of many people saying that there are always long lines, but we went twice and experienced no wait either time.

Even though St. Louis is full of casinos, we still went to the casino on Canal. W won $30 in a couple of minutes before I pried him away because I was nervous of losing haha!

One thing that I did on this trip that I NEVER do is that I did not bring my laptop. I tried to manage my side business while traveling from my iPad. I will be honest and say that it was VERY hard! I don’t think I will ever do that again.

Below is how I did New Orleans on a budget: 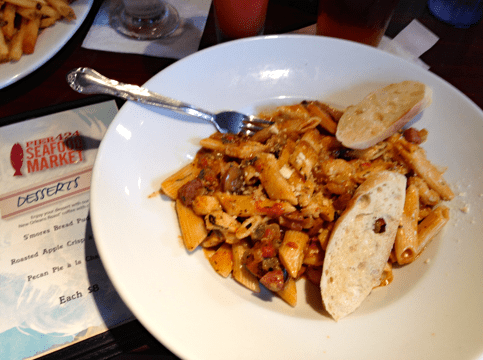 I’m always looking to save money, and when I’m on vacation I am still trying to save. Saving money when you’re on vacation is still important. Of course I never want to ruin a vacation by thinking about money the entire time, but I also don’t want to go too crazy and way over budget.

The total cost for our vacation was around $1,300.

We all wanted to enjoy ourselves but not go too crazy. Yes, if we would have eaten at McDonald’s the entire time then we definitely would have been able to spend less than $1,000. However, who wants to do that when they are on vacation? Vacations are meant to experience your surroundings and try new things! We managed to stay at a 4 star hotel, eat at the best places, did some shopping and managed to stay under $1,300 for it all.

Hotel in New Orleans on a budget

We stayed at the Astor Crown Plaza Hotel in the French Quarter. It has a great location right on Bourbon street. It also has a nice rooftop pool. The pool was slightly small but no one else was ever there so that was fine.

The hotel even had a balcony (that we didn’t find out about until the last day) that was right on Bourbon street. It was perfect for people watching and on the last night we sat out there for hours just laughing at everything that was going on.

We were able to score a great deal on this hotel. I believe it’s a 4 star hotel that we scored for only $89 a night. They had a Summer Sizzling sale. We originally booked at a less nicer hotel (I think it was a 1 star hotel) for the same price when I noticed that the Astor had a huge sale going on. We could not say no to the price.  We were also placed with the Bourbon Street view but on the 10th floor so that we could still sleep at night.

We have no regrets about the hotel and loved everything about it! It was super nice, and we still can’t believe the low price that we paid.

Total for the hotel: $475 per couple, which includes taxes, parking fees, etc.

New Orleans on a budget for transportation

We drove to New Orleans. Some of you are probably wondering why we drove since we get free airfare (through my dad’s retirement benefits that I inherited when he passed). We drove because we wanted a little road-trip with our friends.

Also, I didn’t get carsick! WOOHOOO! There were times when I was a little afraid that we would be forced to stop, but I powered through it. Some of you will laugh at this but I cannot do long car rides.

We parked the car at the hotel and didn’t touch it once until the day that we left. The parking fee was around $31 per night (included in the hotel fee above). They valet your car for this price. I believe they said that the parking garage was 3 blocks away, which is good that they valet it.

We stopped 4 or 5 times for gas. I think we did pretty good with gas considering it was 10 hours there and 10 hours back, and we were in a Jeep, which don’t get the best gas mileage.

We also bought a Jazzy Pass one day, which is a pass for unlimited rides on the streetcar for one day. This was only $3 per person.

Total for gas and transportation: $100 per couple.

We spent a decent amount on food and random things that we bought.

Food was much higher than what we usually spend. We wanted to try EVERYTHING, which includes all of the awesome restaurants and fun drinks like the Shark Attack and Hand Grenades. There were tons of quirky little drinks and I recommend trying them all. Definitely order the Shark Attack because the way it is served to you is hilarious.

We spent around $125 each day on food and drinks. Some days were more, some days were less. We would have spent a ton on drinks but we were pretty good at happening to be at places that had a happy hour at the right time.  Good luck for us!

W also did a little bit of shopping. He bought two hats from a store called Goorin Bros. and I don’t think I will ever again be able to drag him away from there. He was in love. The hats were $82 and $53. I’m not a hat person so I don’t get it 🙂 , but it made him happy.

We also bought some souvenirs. I bought a couple of fun masks, voodoo dolls, food to bring home and so on.

Total for food and miscellaneous expenses: $700.

Have you ever been to New Orleans? What was your favorite thing/event/place? How do you do New Orleans on a budget?

How much do you typically spend on your vacations?

FYI – I didn’t bring my camera so all of these pictures are taken with my iPhone. 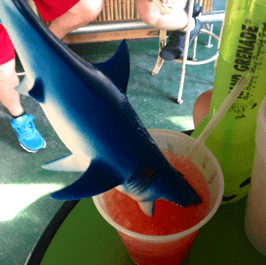 This is a Shark Attack. 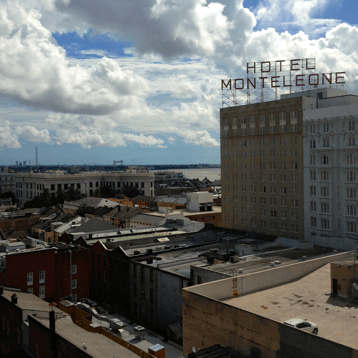 View from our room. 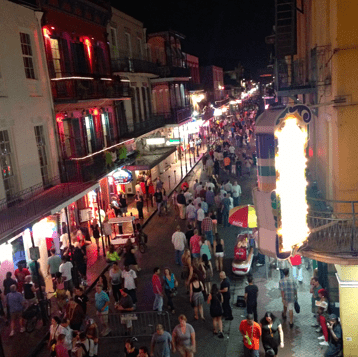 View from the balcony at our hotel.

Another view from our room. 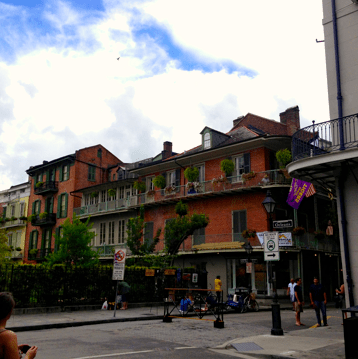 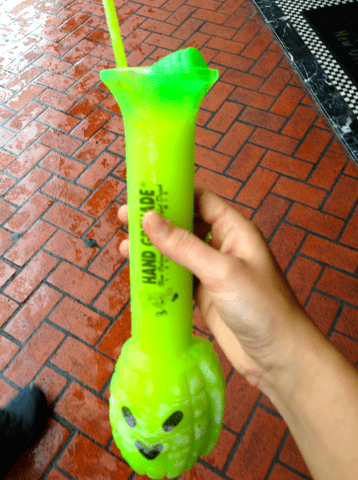