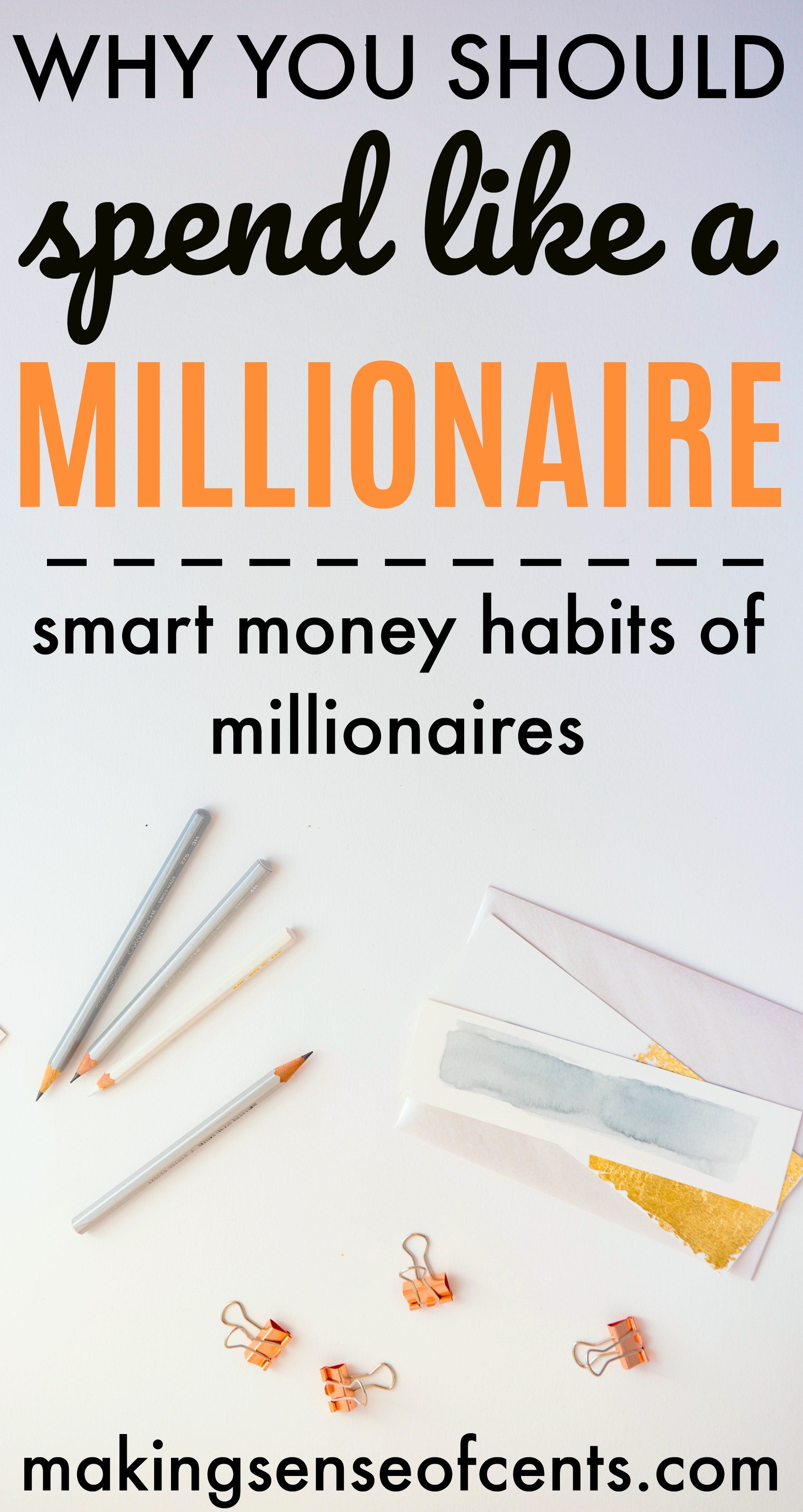 You may have shook your head when you first read this title. However, hear me out and continue reading to learn more about the habits of millionaires! The rich are rich for a reason- most of them know how to manage their money correctly.

Sure, there are stories about rich people who spend their money like crazy and end up in bankruptcy.

But, surprisingly, the average millionaire is frugal, and they know how to manage their money well.

Here are some examples of millionaires and billionaires who are frugal:

I have personally met several retirees who have millions and live in an RV. RVing is a ton of fun, but a lot of people just assume that RVers have no money. If only they actually knew! We made one friend while RVing who actually has a nice house and millions in the bank, but he lives in an RV that is worth less than $20,000. You never would have guessed!

If you want to learn how to become rich (whatever amount of money or lifestyle that means to you), continue reading in order to learn more about the money management habits of millionaires.

They wear the same outfits.

President Barack Obama once said, “You’ll see I wear only gray or blue suits. I’m trying to pare down decisions. I don’t want to make decisions about what I’m eating or wearing. Because I have too many other decisions to make.”

Many other successful people feel the same way, including Mark Zuckerberg, the late Steve Jobs, Albert Einstein, and many others.

The average family spends $1,700 a year on clothing, which is a lot of money. Plus, the average person wastes anywhere from 10 to 30 minutes a day when deciding what to wear!

Having multiple outfits can lead to wasting time deciding what to wear, as well as wasting money.

They have more than one source of income.

They may have a day job, a business, rental properties, dividend income, and more. This allows them to bring in more money.

They also do this because millionaires know that one source of income may not last forever, and they are also able to lessen their risk by having multiple income streams.

Read about some of the many ways to make money at 75+ Ways To Make Extra Money.

They have long-term goals.

Successful people and millionaires are known to set goals, especially long-term ones. They are extremely determined and without goals it would be hard to be successful.

Setting goals is important because without a goal, how do you know where you’re heading? Goals can help keep you motivated and striving for your best.

Please keep this quote from Statistic Brain in mind:

They have a budget.

Yes, even millionaires have budgets! Not all of them have a traditional budget, but trust me, they know where their money is going and they are watching their cash flow closely.

Tracking your money and knowing where it is going can help you see where you’re wasting money and what spending habits need to be changed.

They educate themselves on financial matters.

When millionaires are unsure of a financial decision or implication, they either seek out financial advice from an expert and/or they seek out the knowledge they need to know by educating themselves.

They know the value of experts.

Continuing from the previous habit, the rich are interested in educating themselves, but they also know when to hire help.

Knowing when to get help from accountants, lawyers, experts, and more can help them take advantage of confusing laws, areas where they aren’t experts, etc. This can prevent wasteful spending, bad investments, and unnecessary legal issues.

This helps them save time as well as money!

They don’t fall for lifestyle inflation.

Millionaires tend to live below their means. Yes, many of them still spend money extravagantly, but many aren’t living paycheck to paycheck in order to do so.

Many millionaires buy items used, they drive “normal” cars like Toyotas, and they aren’t trying to keep up with the Joneses.

This is drastically different from those who aren’t millionaires.

Here are some money statistics that may scare you:

Many people try to keep up with others and fall for lifestyle inflation, which can prevent you from being good with money.

When trying to keep up with the Joneses, you might spend money you do not have. You might put expenses on credit cards so that you can (in a pretend world) “afford” things. You might buy things that you do not care about. The problems can go on and on.

They pay themselves first.

Sure, they have more money to work with, but they always make sure to save money before spending it.

Paying yourself first is when you put money into savings as soon as you receive your paycheck. Doing this may allow you to save more money and cut back on unneeded spending, and it can help you prepare for the future.

Millionaires make their money work for them, and that is how they stay rich.

Investing is important because it means you are making your money work for you. If you aren’t investing, your money is just sitting there.

This is important to note because $100 today will not be worth $100 in the future if you just let it sit under a mattress or in a checking account. However, if you invest, then you can actually turn your $100 into something more. When you invest, your money is working for you and hopefully earning you income.

Learn more at The 6 Steps To Take To Invest Your First Dollar – Yes, It’s Really This Easy!

They still use coupons and haggle.

Yes, one of the many habits of millionaires is that they tend to still use coupons and even negotiate in order to get the best pricing!

What other habits of millionaires am I missing? Share in the comments below!