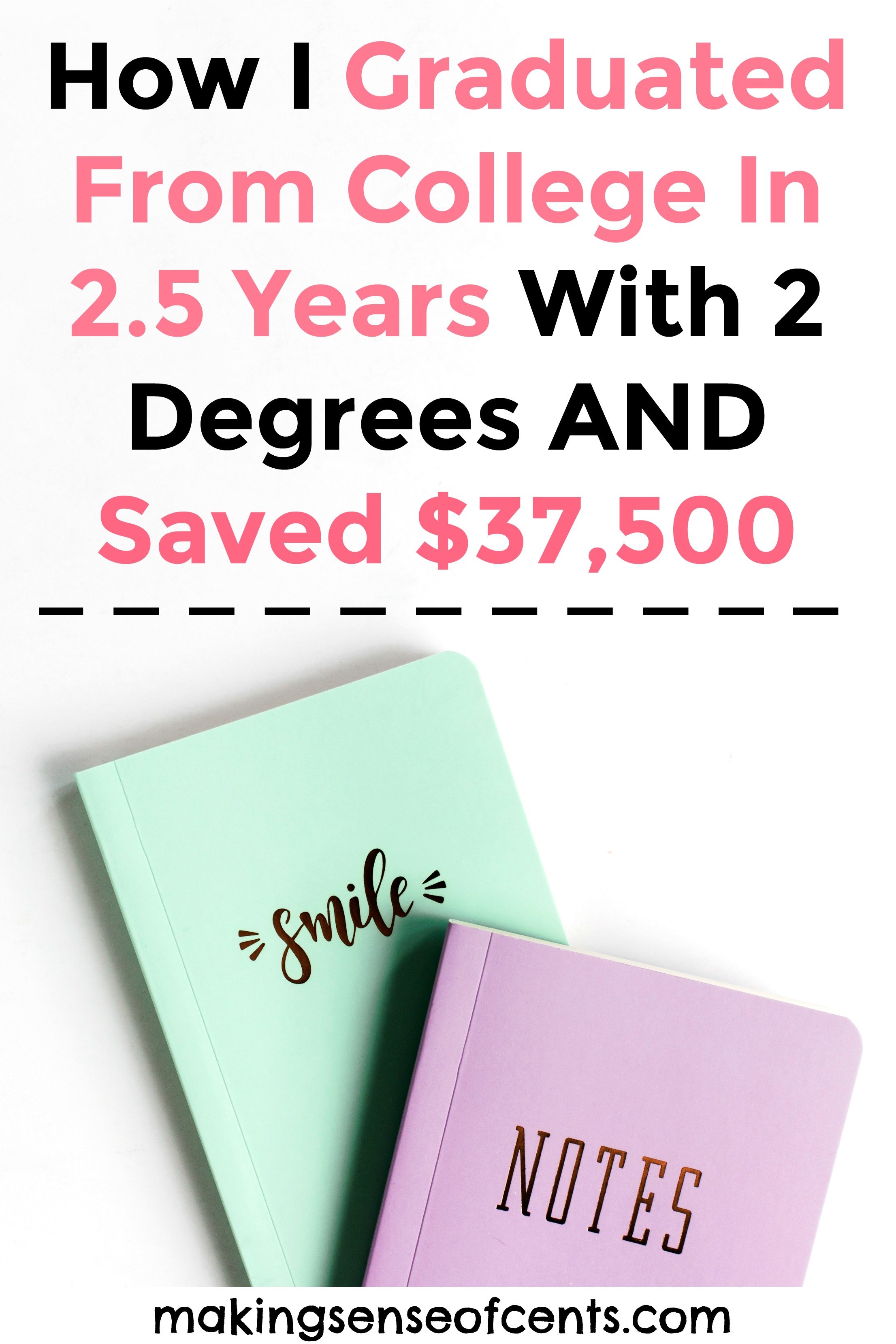 One thing that has been on my mind this month is how I graduated with my Finance MBA two years ago.

It feels like a lifetime ago, but then again it also feels like it was just yesterday.

This has also reminded me about how I graduated with my undergraduate degrees over 4 years ago. For some reason, people don’t believe that’s true, and I was even recently asked to provide proof from a reader…

I know, I have a baby face! The fact that I look a decade younger than I actually am is a whole ‘nother story though.

If you’re wondering the below, please continue reading!

Related: 21 Ways You Can Learn How To Save Money In College

The main reason why I got so heavily into school was because I wanted to keep busy. I was a freshman in college when my father passed away.

As a side note, I really didn’t mean for this post to turn slightly depressing but I’m just stating what happened.

There were other reasons for why I rushed through college as well:

Now, I know many of you will say “but college is meant to be enjoyed!”

Yes, that is one thing I definitely missed out on since I went through school so quickly. I worked full-time the entire time I was in college, and I missed out on a lot of “normal” college experiences. I was in one college club, and I joined it about a year before I graduated from college so that I could have something college related to put on my resume.

I didn’t make any lifelong friends in college either. Which probably sounds depressing but I promise it’s not. I still have the same friends I’ve had since high school and that is, of course, fine by me.

I also didn’t live in a dorm or college apartment, instead I rented a tiny home (less than 400 square feet and dingy) so I didn’t have the college party experience either.

But I don’t mind. I am who I am today because of my past, and I am happy with the life I have today.

Many people have asked me “Can you finish a degree in two years?”

Here are the actions I took to graduate from college in 2.5 years:

When I was in my senior year, almost all of my classes were classes where I was earning college credit. I took AP classes and classes that earned me college credit from nearby private universities (but I took them in the comfort of my high school). I believe I left high school with 14 credit hours (it might have been 18, I cannot remember). This way I knocked out a whole semester of college.

My senior year in high school was a breeze even though I was taking so many college classes. I could have taken even more but I had early release each day from school and got out 3 hours early so that I could go to work instead. So, I had plenty of time to work, go to school, and earn college credits.

I took a full course load.

When I was in college, I almost always took a full course load.  I took 15 credit hours one semester, but the other semesters I took 21 to 24 credit hours.

I was able to save money because I almost always took the maximum amount. There were also semesters where I paid an extra fee so that I could take 24 credit hours each semester. Anything over 18 credit hours meant I had to pay the extra fee, but it didn’t really bother me. I still saved money by paying less in fees because I wasn’t adding additional semesters to my course load.

I took classes one summer.

I regret not doing this more often. I did go to college in the summer time one semester though. I took 12 credit hours and even had to beg the Dean at the college for permission, but he still allowed it. The classes were easy and I had no problem doing this.

I also was able to save money because I took these summer college classes at a community college. I believe it was around $1,500 for all 12 credit hours, which is a steal!

I made sure all my classes transferred.

When I took classes for college credit in high school and at the community college, I made sure all of the classes transferred to the university in which I was getting my degree from.

I have heard too many stories about people not checking this ahead of time and wasting years by taking classes that didn’t transfer, and that is just not worthwhile to me.

I even have a friend who had 66 credit hours which didn’t transfer. That is just insane to me!

For some reason, night classes have a bad reputation among certain people. I’m not sure why that is though.

Night classes are literally the exact same thing as day classes, except they are at night time. Yes, it’s really that simple.

Being able to take night classes helped me graduate sooner because I was able to work full-time during the day and attend my college classes at night time. If it weren’t for the night classes, I don’t think I would have been able to graduate as early as I did at all.

Are you trying to graduate from college quickly or are you taking your time? Did you earn any college credits outside of where you earned your degree? Are you interested in learning how to get a bachelor’s degree in 2 years?