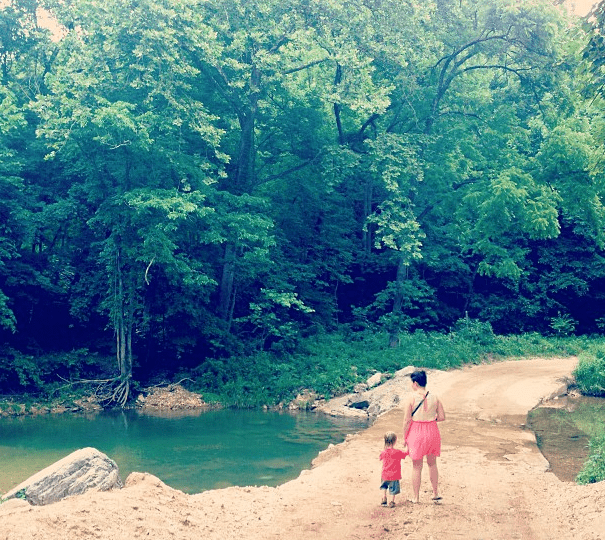 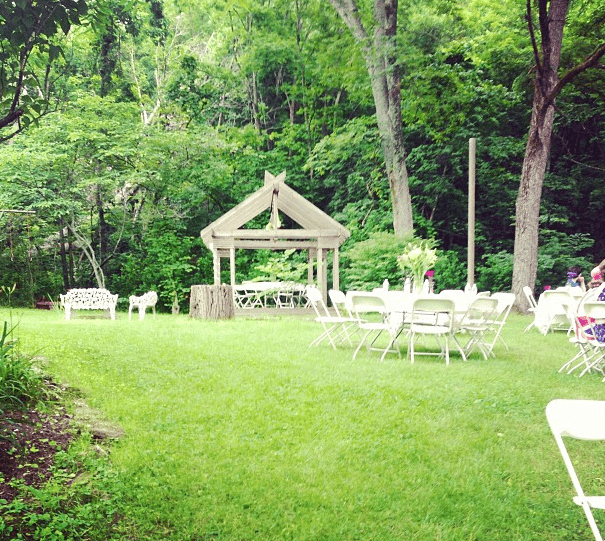 Hey everyone! Happy Monday. There was an elopement reception at W’s Grandma’s over the weekend, which is also where our ceremony and reception will be. The pictures above are from his Grandma’s super pretty property! These pictures don’t do justice at all for how pretty it is.

We went to 2 weddings on Saturday. They were weddings for 2 cousins on opposite sides of W’s family, so we couldn’t say no to either. Both were a lot of fun. It has definitely made me excited for my own, as I have slowly been losing excitement for it. Now I’m back in wedding planning mode! We have tons of new ideas for things that we want, and we have decided on a live band for the reception.

On Sunday we had a 40 year anniversary party, that was a lot of fun too. Lots of yummy food all weekend.

I had a guest post on GRS the other day all about what it would take to quit your job and pursue your passion. Hope you all got a chance to read it. Thanks again if you are a new reader.

Don’t forget that Google Reader shuts down very soon. Don’t forget to switch your reader over to something else. I’ve come to love Bloglovin, so I recommend trying that out. What are you switching to?

My student loans will be gone this week! WOOHOOO! I’ll be making an update post on this soon. This feeling is awesome and I can’t believe that I am this close. This definitely would not have been possible without my blog since I have learned so much since I started.

We spent some money, but only on the two weddings that we went to. We gave cash as our gifts. Other than that, it was a pretty cheap weekend.

We were about to buy a brand new TV for our living room because our other TV that we’ve only had for a couple of years broke. There was a long Twitter rant by me, plus I talked to tech support and everyone else at Samsung to try to figure out what was wrong with it. W and I have tried everything the past couple of weeks. Then yesterday, we were sitting in our living room and it just magically turned on ALL BY ITSELF and started to work. Weird, but I’m glad that we don’t have to buy a new TV especially since we just bought this one. WOOHOO! We were literally about to throw it away when it turned on…

Extra Income (does not include income from our main jobs)

It was another awesome week with my extra income. I have been working much harder with following up with late and missed payments. Affiliate income has also been pretty good this month, especially since I haven’t put an affiliate link in a new post in probably over a month. Passive income for the win!

Posts from my blog:

I ran a couple of times last week, but not as much as I would have liked. Still a good week though. And I’m still eating healthy. I definitely need to work on my goal of running over 100 miles in a month though.

Have you been doing well with your extra income, spending and being healthy?