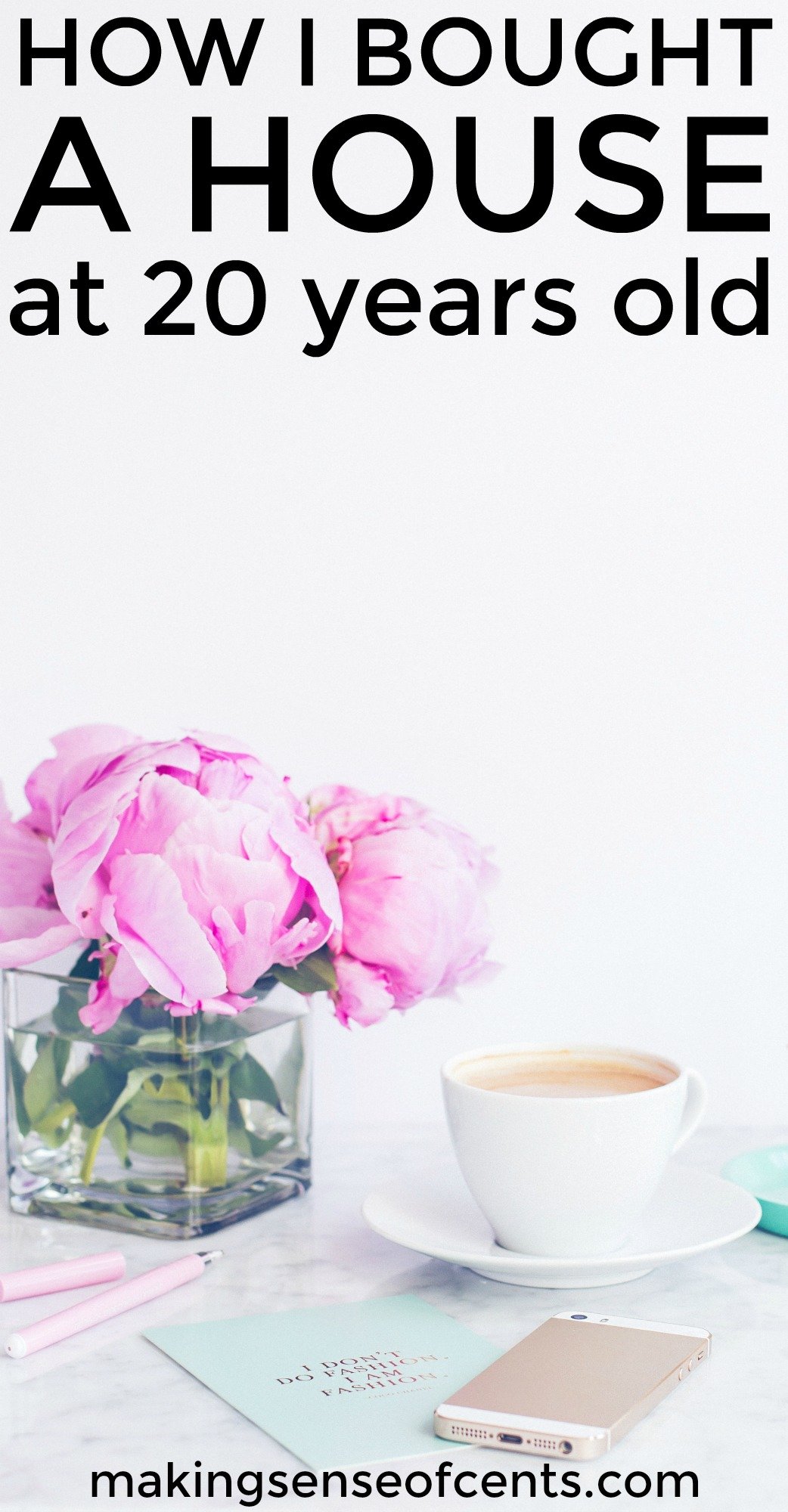 We bought a house at the age of 20 – there I said it. Most people think we are crazy and either think the house is something dumpy, that someone in my family pays for it, or that I’m lying (yes, I’ve been told that). I am often asked how I bought a house so young and what I learned from it.

I am especially asked a lot of questions now about what I learned from it since a lot of my friends are buying their first homes right now.

So, I’ll start off with a little background: Why did we buy our house at the age of 20? I was still in college, and we both didn’t have the greatest jobs. However, we were both working full-time and made slightly enough money. There are sooo many things to learn and know about before you buy a house.

We started living together straight out of high school (yes, I know I will be judged by some for this, but oh well, I am happy 🙂 ) and had lived together for a little over 2 years when we finally started looking at houses.

Now, why were we in a rush to buy a house? Well, we were really outgrowing the house that we were renting. The rent was super cheap since we were renting it from one of Wes’ relatives.

The house wasn’t bad and there was a huge backyard for our dog (we had just one at the time, but now we have two). However, the house was super small (there was no legitimate bedroom, our bed was in the basement) and then of course our neighbor turned out to be a psychopath.

Long story short, we moved just in time. Sadly, the person who rented the house after us ended up being murdered by the psychopath (our old landlord is Wes’ cousin, and he told us this). Probably too much information to put on the blog so I won’t say too much more. I will just say that we moved out at the perfect time.

We left the rental house as soon as we could because things were getting out of hand with the neighbor. We moved in with Wes’ brother and sister-in-law. We couldn’t live with them for too long, though, mainly because they had two kids (they have three now), and we had a dog with us! We just wanted to find a house quickly, and moving into an apartment and signing a lease didn’t seem worth it.

We gave his brother and his wife a couple hundred in rent, so we weren’t freeloading (we lived in the basement bedroom).

So there we were, on the hunt for a house. We knew we didn’t want to rent anymore, and at the time we kept being told that the housing market had bottomed and that prices would never be this cheap (oh boy they were wrong!). So, we found great deals on houses and there were a lot that we loved.

We found a house. It was a little above our budget, but still well below what we were approved for.

Should you buy a house in your early 20s?

Not everyone is the same, but if you are interested in buying a house in your 20s, it is possible.

In fact, many of my friends bought their first house in their 20s as well.

Granted, we did live in a more affordable area (the midwest), so it was easier there.

I recommend reading Home Buying Tips You Need To Know Before You Buy so that you can be more informed with your first home purchase.

What is the best age to buy a house?

I don’t know if there’s a best age to buy a house – it all depends on you and your individual circumstances.

Should you buy a cheap house first?

Some say that your first house should be a “starter home” but again, I think this is different for each person. Your whole life can change in just a year, so it’s hard to decide from Day 1 that you will be moving into a bigger house in a few years.

You may end up living in your “starter home” your whole life!

Here’s what I would have changed with our home purchase and how to buy a house in your 20s:

1. The timing of buying a house young.

Even though everything worked out great for us, I’m not sure if I would have bought a house so young. We probably should have found another rental house so that we could have saved money.

Also, even though we are still together, I do realize that a TON of relationships at the age of 20 do not last, I am happy that ours is still going strong, of course.

I’m definitely not going to say that I made NO mistakes. We bought our house with the thinking that I would get a job straight out of college (I graduated with my undergraduate degrees around 7 months later, still at the age of 20). 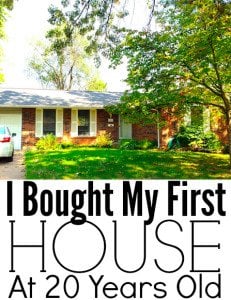 However, what if I WOULDN’T have gotten this job? We most likely would have not been able to afford it forever. We had enough saved to hold us over for awhile, but we definitely couldn’t enjoy ourselves on the income that we were making (we had enough for expenses, but not if we wanted to hang out with friends or buy clothes).

3. Waited so that I could travel.

This isn’t a huge regret of mine, but I do always have this little inkling that maybe I would have traveled extensively if I wouldn’t have been tied down to a house.

What decisions would you have changed with your house purchase? Tips? Do you already have a second house in mind like I do?