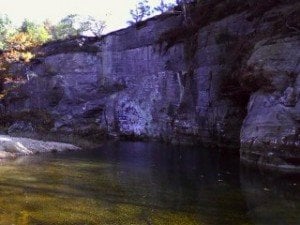 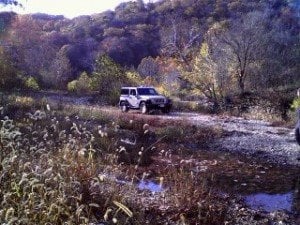 Hey everyone! The weekend went by way too quick, but I took a half day for today so at least I have that to look forward to today. The weekend was fun. Went to a bunch of bars and just hung out with friends. Then on Saturday we drove around and went shooting since the boy got a new gun.

Today I’m going to the dermatologist for a bad skin problem that I’m having right now (I got really bad spots on my back after Hawaii and it’s spreading) and I’m FINALLY getting it checked out with a second opinion. Wish me luck that it’ll finally start going away!

Then I’m going Halloween costume shopping and going out to dinner with some friends. Still not positive on exactly what I want to be, and I really hate spending $75 or something on a costume that I’m only going to wear once. What are you being for Halloween?

This weekend was pretty sad if you’re a Cardinals fan 🙁 Hopefully we can make up for it tonight!

Spending: We spent a lot again this weekend. Mainly on going out to eat and drinking with friends. This is something that we definitely need to work on, but we still had fun so I’m not too upset.

The boy did get a new gun, but he ended up doing a straight trade at Cabelas, so we didn’t lose out on any money.

Extra Monthly Income (this is on top of my salary from my job): This was another good week. I made around $950 last week from my extra income side hustles. The money would have been much less this week since it was slower, but I was paid and actually received the money for past work just last week (I don’t say that I’ve earned it until I actually have it just to be safe).

A lot of you have been e-mailing me about my extra monthly income lately, so if any others of you have any questions, don’t hesitate to ask 🙂

Food: We’re doing better still but not the greatest. I am going out to dinner with my friends tonight, but other than that our goal is to make dinner Tuesday through Friday of this week.

Being healthy: I’ve been doing ok, if you just look at the numbers (I weigh 120 right now). Everywhere else though, I’ve been doing bad. I’ve been eating MUCH better, but I really need to work on running more. I still need to get more toned of course.