Hey everyone! It’s Monday again… Hope you all had a wonderful weekend!

We didn’t do too much. Went to the JRDF walk on Saturday morning and then Oktoberfest later that night. Tons of people at the festival and it was a lot of fun. It was also a pretty cheap weekend.

As some of you know who read my Twitter over the weekend, a lot happened with my mom. A lot of you have emailed and text me and I promise I’ll get back to all of you, just tired from it all still. I also don’t want to get too into it on my blog, but she’s still continuing her old ways and wants me to give her money even though she’s stolen tons from me. Old news…

Katie is the winner of the giveaway! I have emailed you. 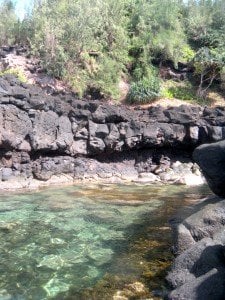 Spending: Not a ton of shopping this past week. Almost caved in and made a pretty big purchase on something due to all of the extra money that we brought in this week, but decided not to.

We need to stop shopping just because we’re bored or if we think we have extra money, it needs to go towards extra debt payments!

Extra Monthly Income (this is on top of my salary from my job): Extra income was great this past week. Between staff writing and online income, I made around $900 (after referral and Paypal fees, and everything else) last week.

The boy also received an unexpected check from his old job. Still not sure why he got it, but it said adjusted pay with no hours worked, so I’m assuming they messed up on checks from when he worked there. He also made $200 over what he thought he was going to make at his new job due to us miscalculating his commission, so in total we brought it over $1,400 last week alone for EXTRA income. We are VERY happy of course.

Food: As I said yesterday, we’ve been doing ok, but not the greatest. We talked last night and made a goal to eat in everyday for the next week. Hopefully we can do so! We have a great meal plan ready.

Being healthy: Doing much better. I have a goal to lose 1 pound this week, as I’ve noticed that I’ve added a little extra weight this month. I’m totally blaming it on all of the extra stress 🙂