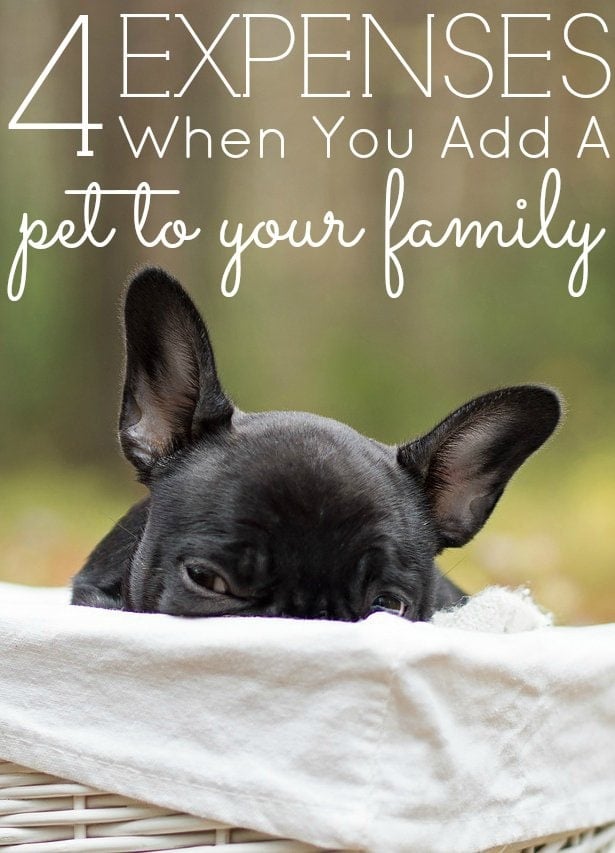 Everyone knows that I am an insane animal person, right? OK well you now know. I often do the most ridiculous things for my pets, and most people don’t understand.

The other day before my dogs were to get their yearly vaccinations, I sang the “SHOTS SHOTS SHOTS” song to them. Yes, I actually did that.

Today’s post will most be about the background on my pets and their costs and soon I will have another posts detailing how you can take the right steps to finding the perfect pet for you.

Both of our dogs are technically “rescued.” Our bigger dog (pictured below) was from a rescue agency.

She was found by the agency at around 6 weeks old tied to the ground with a chain.

Her chain was so short that she could not move at all. People are REALLY horrible out there!

Now, she is about 90 pounds of love. They think she’s a Brittany/Pitt/Boxer mix. Seriously the nicest dog ever (but has a mean bark and protects me!).

She is the favorite of everyone. Great personality, always perfect, even though she does jump, she just wants some kisses.

Our other dog is a French Bulldog. He wasn’t technically rescued from an agency, but we bought him from a neighbor. They bought him and it turned out that their other dog didn’t get along with him at all (fighting a lot, and their other dog was an Olde English Bulldog, so they are HUGE), so they had to get rid of their newly acquired pup as soon as possible. He is around 15 pounds now (he is a runt).

He is super cute and loyal, but he does have a bad temper. I’m guessing it’s because he’s about half the size he’s supposed to be but is scarily strong (all muscle, our vet laughs because he is built), so he doesn’t get along with any dogs his own size and can’t find any friends since he’s so small 🙁

We used to have a third dog. We rescued her with knowing that she needed around $200 a month in medications. She was an Olde English Bulldog and only around 4-5 years old. She has the same coloring and sort of the same look as our dog pictured below, so we just couldn’t say no. She ended up passing away 2 months later. I’m still very sad about this. But we gave her a really good 2 months.

Animal costs can definitely add up quickly, but I think they are well worth it. My dogs are wonderful and without them I would truly be very sad.

Food for our small dog is not very much when compared to our bigger dog, but he still eats a lot for his size (about 2.5 cups a day). Our bigger dog eats around 5 cups a day. We try to buy decent dog food for them. We often switch between Beneful and Iams. You’re probably wondering why I say that we switch dog food brands since technically you are only supposed to give dogs one type of food forever. Our dogs WILL not eat the same food for a long period of time. I have talked with the vet about this and he said it’s fine.

Yes, I know these brands are not the best but I haven’t really researched further even though I should. What types of dog food do you buy?

I’ve never really kept track, but we probably spend around $450 a year on dog food.

To save on food, toys and treats, make sure you get a customer loyalty card if you can. I usually am able to save a lot of money with this. Shop around as well. I found that pet stores generally have much higher priced food (not sure why), whereas Target and Walmart seemed to have the best prices.

I am horrible when it comes to buying toys and treats for my dogs. I find a lot of joy in going to PetSmart and Petco because I love buying them stuff. The boy usually gets mad because they have so many toys now.

I probably spend around $40 a month on toys, treats and bones for them.

I don’t really recommend extremely cheap bones, mainly because lately there have been a lot of stories about how bone and raw hides are breaking in dog’s stomaches and are causing them to die. That terrifies me. However, with toys, I usually just buy cheap items from Target or the dollar store, as my dogs will destroy nearly all of their toys in one night.

So I found that it was not worth it to buy the $15 toys anymore. Oh yeah, and they also hate Kongs and will not play with them, so that does not work either.

There are a lot of medical costs when it comes to having pets. When we first got our dogs, there were even more medical costs. I’m not for sure how much we spent at the time, but we did get all of their shots, plus get them spayed and neutered.

To save on spaying and neutering, see if there are any local organizations that will offer this for cheap. This is what we did. The Humane Society does spays and neuters for around $30. I would definitely look into this, as our vet wanted over $200, and I’ve heard in other states that some charge $800.

I’m not sure if they do this all over, but the Petcos around here do really low cost vaccinations. I was able to bring up both dogs to get all of their shots and one to get micro-chipped, and it cost $150 (would’ve been only $90 for both, but our city charges a $12 surcharge “tax” for each dog that goes to the vet, and the microchip was $35). Usually it would be around $800 for their yearly shots and for the little one to get micro-chipped. So $150 instead of $800 is MUCH better.

For other dogs it might not be as expensive, so you’re probably wondering why it’s usually $800. Well my little dog is a French Bulldog runt, and he needs lots of shots because his immune system is horrible. And then my bigger dog (pictured below) finds joy in eating animals in the backyard, so we always make sure she gets every shot imaginable so that she doesn’t get sick.

Preventative care is key here. Make sure to always get yours pets checked for heart worm and that they receive all necessary shots. Not only would it be sad if they became very sick, but once they’re sick, you are spending much more money than what you would’ve spent if they would have just received their shots. 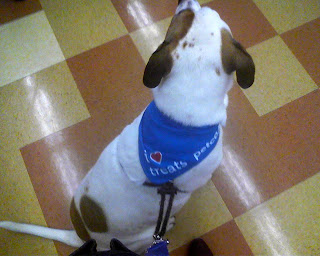 My girl the other day while waiting for her shots

Even though we did save a ton of money, I don’t know if I would do it again. I actually enjoy bringing them to their actual vet so that they can get one-on-one time with him (I love our vet). At Petco, they pretty much just line all the dogs up and give them shots quickly. It’s definitely efficient, but my bigger dog hated that it wasn’t the normal vet. Has anyone else ever gone to Petco for their cheaper vaccinations?

Our smaller dog will need many medical treatments soon. Our vet has recommended an endless list of things that he needs since he is a French Bulldog and also a runt. Laser nose surgery (his nose is super small and he’s always our of breath) is one of the things that we will be getting next. She said he doesn’t need it now but will need it when he’s older.

We don’t take them to the groomer as often as we probably should. In fact, we’ve only taken them a couple of times. They’re both short haired dogs, so we just bathe them in our shower or in the backyard usually.

However, I recently just found out that Petsmart will do a full-service groom for our smaller dog for only $10, so we might start doing that. They said our bigger dog would start at $40, so I’m not sure. If only they knew that our smaller dog would be much more hard to give a bath to haha.

Grooming your pet at home will of course save much more money than having it done somewhere else. However, if your dog (like mine) absolutely refuses to have their nails clipped (but loves getting it done by their vet), then it might be better just to bring them somewhere so that you don’t end up hurting them.

How much do you spend on your pets?