Hey everyone! Hope the weekend was great for you. Lots of stuff happened in the past week (all for pretty much the better).

Those that follow me on Twitter already know, but I passed my work test! I found out last week. I’m super happy. This means that I’m for sure going to DC in August. Who wants to meet up? 🙂

We are still extremely happy that we kicked out our roommate. Even though he doesn’t live with us, he is still giving us a huge headache. Think about the biggest idiot you’ve ever met, and then multiply that by 1,000 and then you have our old roommate. It’s really just his stupidity that is getting to me. Yet he thinks he’s a genius, don’t you love people like that?

We also did buy a new Jeep on Saturday. I’ll be making a post on that soon. We are super happy with our purchase. I know a lot of you said this is a bad idea, but we got a really good deal and Jeeps hold their value very well. We found the same Jeeps (used and new) with many more miles (ours was brand new) that were going for more than what we bought ours at. In the end, we are just very happy and it’s so nice.

School: Only 3 more weeks until I’m done and then I’ll have my MBA.  I’m so excited. But I’m not excited about the insane amount of homework and projects that I have to do right now. Time is definitely ticking and I need to get on it. Procrastinating has gotten the best of me. Hopefully my idiot partner that I talked about last week will actually start doing something since me and the other girl did the first 2 projects all by ourselves. 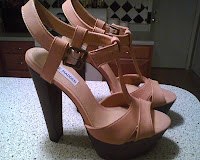 Spending: I bought these heels this past weekend also. Still a part of my Vegas/summer budget. These are pretty much one of the last things that I plan on buying for the summer.  I also returned a lot of the items that I bought last week. Returned 2 dress and 1 of the necklaces. They weren’t needed.

Extra Monthly Income: I haven’t been making too much lately. I did a secret shop at Urban Outfitters and that was pretty much it right there. I was already going to the mall with my sister, so the drive wasn’t a waste. Made money while hanging out with my sister, it was a win-win.

I do have a ton of things to sell as well. I have two huge bags of things to sell to the consignment store, a Versace purse that I’m going to try and sell to Bag, Borrow, Steal (has anyone ever used them?), and if they don’t buy it, then a consignment store near me said they will buy it as well. I’m just trying to get the most money for it. And then I also listed 2 things for sale on eBay. The sales closed yesterday and made $50 from purses that I didn’t even know that I had in my closet!

I would sell it on eBay, but I keep hearing horror stories of sellers who sell their bag and the buyer claims it’s fake and they get their money back. They buyer either tells eBay it’s fake, or they send the seller back a fake which looks extremely similar to the one they bought. Then the seller is out all of their money. This actually happened to me a couple of years ago when I tried selling my Seven for all Mankinds online, I was extremely upset that I lost all my money and didn’t even get my pants back.

Budget Cutting: I haven’t cut anything out lately. I have noticed that everyone I know keeps talking about switching to AT&T U-Verse, however, I just can’t justify the cost in my head right now. Right now we’re paying a little less than $100 for cable, internet and home phone, whereas AT&T U-Verse wants much more. So I don’t see that happening anytime soon. 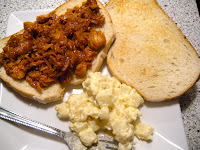 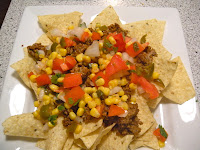 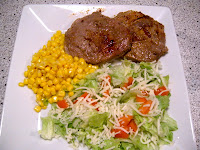 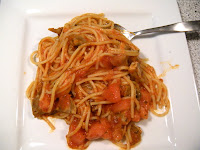 Food: We are doing better but there is definitely still room for improvement. We ate out a couple times last week (still pretty cheap) when we could’ve just ate at home. I’m not even sure if I have gone grocery shopping at all this month except for yesterday. So that is good! Less wasted food and money.

Being healthy: I haven’t been working out a ton, but I have been doing little things when I wake up in the morning and before I go to bed. Could be improved though.