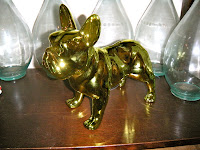 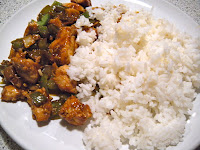 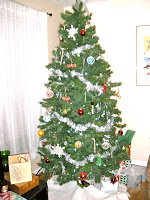 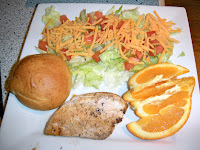 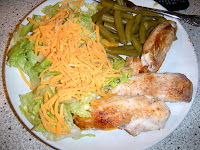 Here are some pictures that I took recently.  An awesome French Bulldog thing from Urban Outfitters, food, Christmas, some presents and more food. It’s not fun having a full five day work week this week. And the week is hardly even over, not used to this! Anyways, here are my updates:

Extra Monthly Income: It’s a little depressing that the holidays are over, because now the BF’s job will be slow again. So he won’t be making all of that overtime, but that’s ok! We will think of other ways to bring in extra money.

Volunteer work: Volunteering starts on January 7th. I have training for 3 days in a row I think. This will be interesting and something new for me. I’m excited, but I’m a little nervous. I’ve only ever had two jobs (including the one that I have now) in my whole life, so I’m nervous for meeting new people and screwing things up.

Budget Cutting: We cut out budget by a little, but it’s the little things that add up 🙂

Food: I actually cooked a decent amount last week. It was pretty nice! The food was good (of course, since I’m cooking it! ha). I want to start menu planning soon also. Not sure though, usually I’m not in the mood for something that I thought about earlier, I’m weird like that.

Shopping: We definitely came in under our Christmas budget, and all of our other budgets for the month. Did some last minute shopping on New Years Eve, and found really great prices on a lot of things. We were very happy about this. Tons of toys were half off and of course all of the Christmas stuff was too, which was nice since one of our Christmas dinners was on New Years Day.

$100 Ticket: Still need to pay this. I think I have a couple more days to pay it. I plan on paying it today online.

Vacation planning: We haven’t really thought about this a ton. Hopefully soon. We’re thinking Puerto Rico again. We get really cheap plane tickets (as talked about here), so we can pretty much plan until the last very last second. Our budget is probably going to be around $1,000 for the vacation (food, hotel, airfare, miscellaneous). Since we usually book things so late, there are usually great deals everywhere, so it’s a win win.

Buying my own Domain: This is a big question that I have right now. How much does this usually cost? Is there a preferred provider for this?

How’s everything going for you?