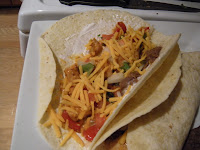 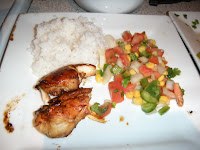 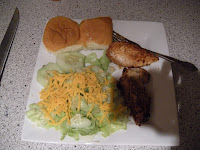 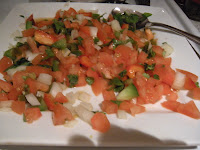 I hope everyone had a great weekend! Like I said yesterday, I didn’t really do too much this weekend. I tried staying home so that I could study, but I didn’t really do much studying at all. Above are some of the things that I made this week. Nothing too crazy, but it was all very tasty. Yes, I realize that I am not a food photographer and the pictures do not look the greatest.

The BF was sick and couldn’t go to work yesterday, but we finally took him to urgent care and got him some medicine since his doctor isn’t open on the weekends. Luckily his insurance is really good and the visit was free. I’m just hoping that I don’t get sick right when finals are about to start.

Family: To keep this short (and not depressing), stuff with my family (most of you know who this specifically is) isn’t getting better. Whenever I think about it, I just wish I had a somewhat normal family. She wants to move in with me soon because she doesn’t want a full-time job and to support herself, so she expects me to do this for her. I’m only 22, aren’t I supposed to be the child? I’ve been taking care of her since I was a pre-teen, and I really don’t know how I’m still sane.

$100 Ticket: On another depressing note, I got a $100 red light ticket. I watched the video, and I got the ticket for approaching the red light too fast and NOT ACTUALLY RUNNING IT. I was in the right turn lane with a yield sign (so technically I don’t even have to come to a full 5 second stop), but they said I approached it too fast anyways. I got this exact same ticket at nearly the same intersection around 1 year ago, so this sucks. I wasn’t even going that fast, maybe 10 miles per hour as I was approaching the red light. Oh well whatever, I’m just never going to that city again because I only get red light tickets when I’m there. I read online that they made $3.4 million in red light tickets last year. And this is a small city (around 100,000 people and only 15 red light cameras throughout), so that’s a lot of money for them to be making in just red light tickets.

AT&T Problem STILL:  So I called AT&T and our bill STILL WASN’T FIXED. I’ve talked about it in previous posts.  And when I called the other day, I wasn’t exactly the happiest person to talk to. I was extremely frustrated and I told her this. She said there was NO proof that I even called the previous times and that she would take the extra charge off just to be nice. UH HELLO?! What! I’m now looking to switch my interest and phone because I am too frustrated.

Pinterest makes me want to be creative: I mentioned the other day that my friend is going to build a bookshelf for her BF as a part of her Christmas present to him, but we both have never really done anything like this. Has anyone? Or do you know of any websites? Because I think I’d like to try something like this also.  What would the cost be? I know that I have no clue what I’d even want it to look like or anything.

Extra Income update: I’m still doing surveys, and lately I’ve been making around $10 a week, along with free stuff. It’s pretty nice since I don’t really do much. And I’ve been trying to do more secret shops since I know that I’ll have a little bit more time before classes start back up again in January. I made around $75 last week and will make around $150 this week. This isn’t always money directly in my pocket, but I usually just try to sign up for secret shops that offer things I need or are easy income to make. I signed up for a restaurant secret shop and it’s for $100 worth of food at a really nice restaurant nearby that I’ve been wanting to try. So this is just a good excuse to dress up and have expensive food. My Swagbucks has been lower lately though. I probably only get around $5 a week now.

How’s everything going for you?

P.S. Check out this giveaway hosted by My life as Liz Taylor! It’s great!