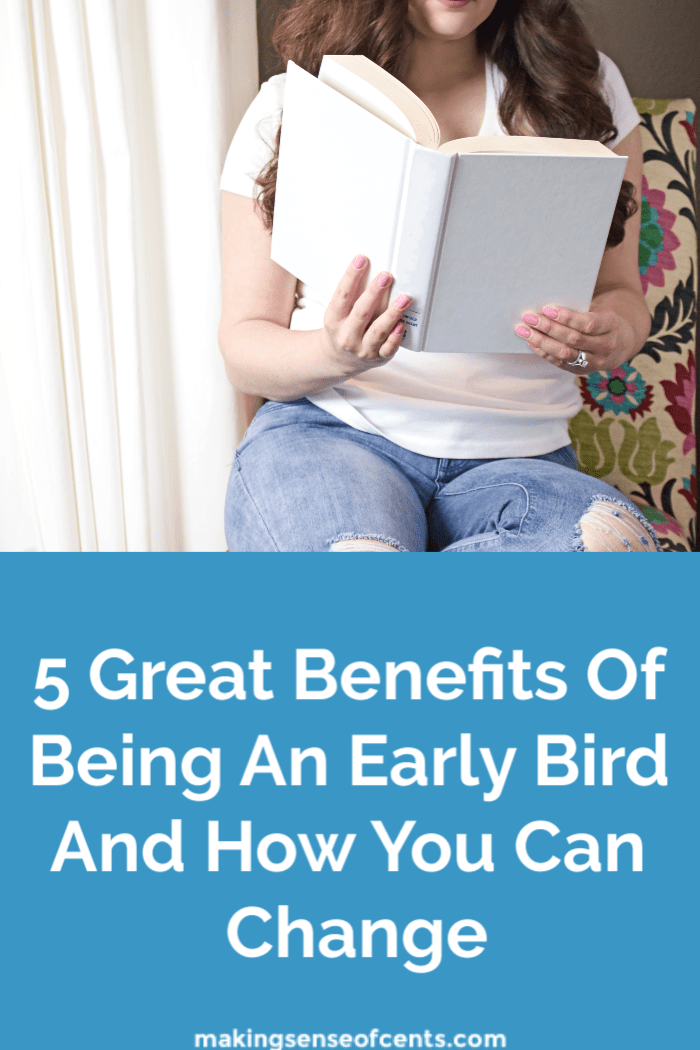 Most people say that they are either a night owl or an early bird. Personally, I go both ways, but I do think that for me, waking up early is better.

Some of the early birds I know may laugh at this because I know many who wake up at 4 a.m., and I’m definitely not one of those people.

You don’t have to wake up at 4 a.m. to be an early bird, unless you really want to. I’m just talking about waking up a little earlier in the morning, instead of waking up in a rush for work or regularly sleeping in until the afternoon.

Now, some of you might think I’m crazy for telling you to wake up an hour or two before you’re supposed to leave for work.

I used to be a night owl and absolutely haaaated waking up early, so I completely understand.

When I had a day job, mornings were the absolute worst. I would wake up right before work and head out the door. Or, I would sleepily type away at my computer trying to get my side hustles done. Side hustling in the morning was enjoyable, but I still had a very rushed morning. END_OF_DOCUMENT_TOKEN_TO_BE_REPLACED