Just a few years ago, numerous people called me crazy for leaving my day job as a financial analyst in order to pursue my blogging side hustle full-time. At that point, many people saw my side hustle as just a hobby, not a real business. Plus, some people thought that it wasn’t secure enough, that I was nuts for leaving my stable job that I went to college for, along with many other reasons. 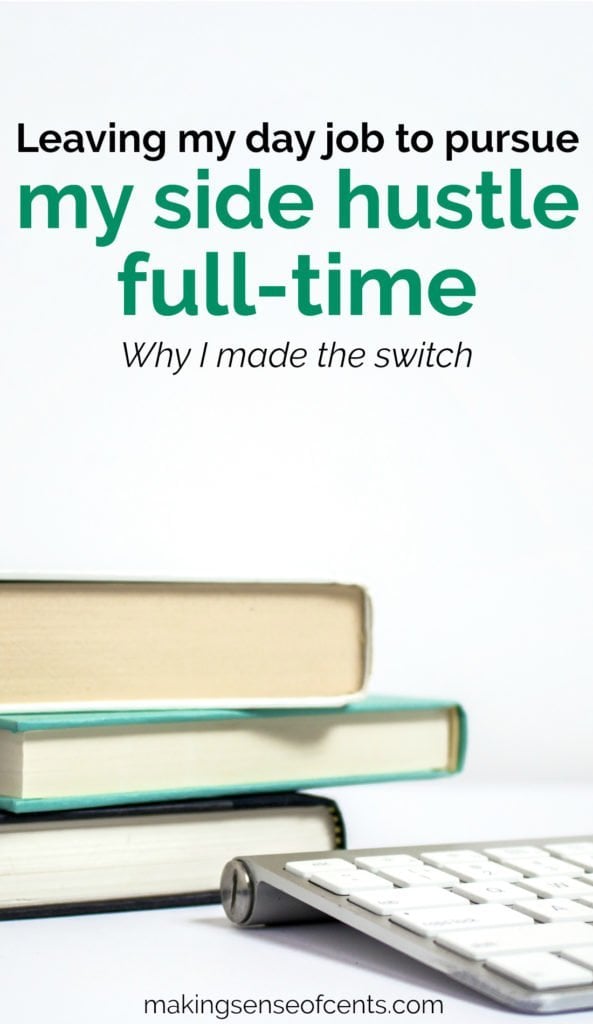 And, for the most part, I completely understood why people thought I was crazy.

It’s not like the average person knows a full-time blogger or exactly what a blogger is. Just the thought of someone earning a living online, just a few years ago, blew people’s mind and led to lots of confusion and questions. It’s a very unusual career choice that can be mind boggling for the average person to hear about.

Due to this, we received many money lectures from coworkers and bosses, people who thought we were giving up and trying to find an “easy” way to work, and more.

I had a great day job that paid well. It had benefits, paid a plentiful bonus at the end of each year, and I could have worked there forever if I wanted to.

But, it just wasn’t for me.

Behind the scenes, it felt like my day job was killing me. I know that many people aren’t absolutely in love with their job, but I could barely stand going in each day and dreaded nearly every bit of it. END_OF_DOCUMENT_TOKEN_TO_BE_REPLACED