Do you think debt is a relationship deal breaker? 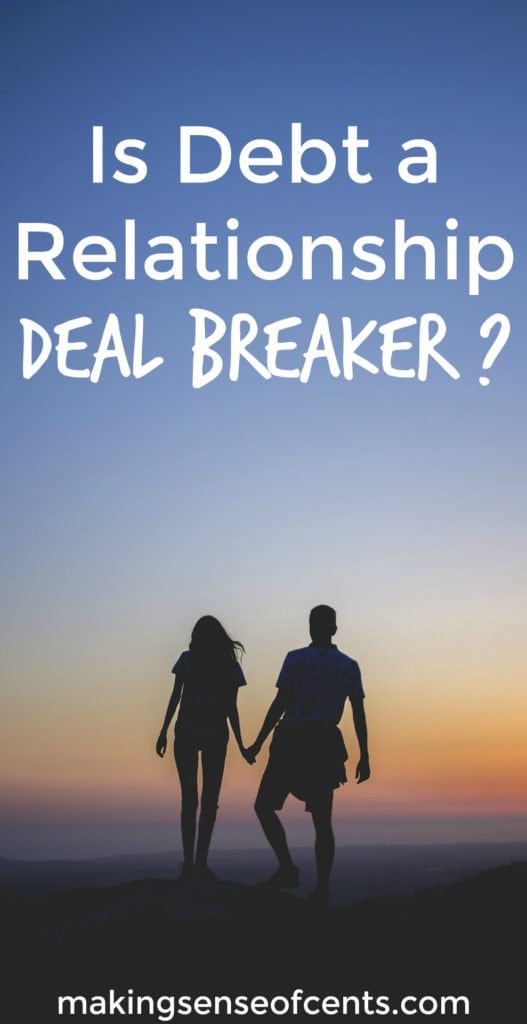 What would you do in this situation? You’ve been seeing someone for quite some time, you’re madly in love (or perhaps you just really like them), and one day you find out that they have an enormous amount of debt.

Would you call it quits or would you try to work it out?

As talked about in the article Why Is Talking About Money More Taboo Than Sex?, people don’t like to talk about money. In fact, according to a study completed by University College London, people are seven times more likely to talk to a stranger about sex, affairs, and sexually transmitted diseases than their salary.

This made me wonder: Would people really rather talk about anything else, such as STDs, instead of their debt?

I decided to do some research.

And, according to a survey completed by the personal finance company SoFi, people are more likely to admit that they have an STD rather than disclosing the amount of debt they have. END_OF_DOCUMENT_TOKEN_TO_BE_REPLACED