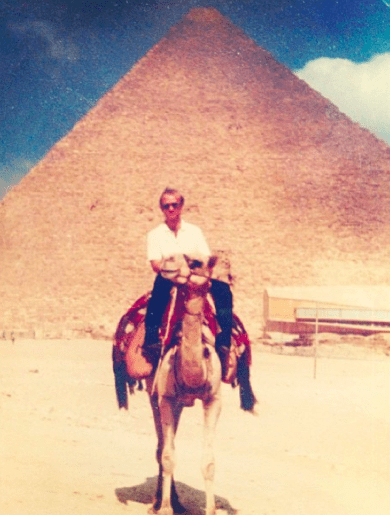 On April 18, 2008, my father passed away from cancer. While it’s a sad day, I always strive to make each day better than the last. I know that’s what he would have wanted, and I would like to dedicate today’s post to him. I’ve written this post before, but I have updated it for this year, and it still makes me very happy when I read it. Enjoy!

My dad was a huge part of my life, and it only makes sense to talk about him today. This is especially true because he taught me so many important financial lessons that I think about all the time.

If it weren’t for my dad, I would probably be, at least, a little worse with money.

Due to this, I believe that teaching your children valuable financial lessons is key. This will help them grow up and be better able to manage a budget, understand investing, know how to save money, and more. END_OF_DOCUMENT_TOKEN_TO_BE_REPLACED

I’ve had this post in my queue for quite some time now. I wasn’t sure if I should post this, but it was nice typing it up because it relieved a lot of stress and I was able to get my feelings out. Maybe there’s a ton of people that can relate to me and need a post like this, or they need a little push to get their feelings out. I learned a lot of things from my dad. From money to life to traveling, I always wanted to be just like him. This post is going to be a little personal. I have an extremely hard time sharing this with people that I know.

I’m one of those people who can’t talk about a parent who has passed. If you ask me anything about my dad, or even say anything about some fun event from the past, I will burst into tears.

And that is a fact. I have cried pretty much everywhere because of this. Since my dad worked at the airport, whenever I go to the airport I almost always have to run to the bathroom and cry.

He was my everything.

Now this will sound morbid and most likely make me sound like a really horrible and disgusting person, but sometimes I just don’t think want to think about it, so when someone says something about my dad, I will talk about him in the present tense, without even thinking about it. So then of course this just keeps on going and sometimes I just get so sad and some people still believe that he is alive.

My work is one of those people. The people at my work have asked me about my life and my dad always seems to be a topic. Maybe they know and they just want me to say it? I don’t know. It started one day with the topic of what my dad does and I didn’t want to hysterically cry in front of everyone at my work, so I just said he was retired from the airlines (which he was at the time that he passed). But now I just feel like it would be extremely weird if they found out the truth, so I just don’t say anything. Is that really crazy? It’s not like my dad is a daily topic though, we’ve maybe talked about him 10 times.

My friends say that I need to stop doing this though. Other people ask about my parents and one time the conversation got so weird that the person asked me if my dad “abandoned me or something”, and I just still couldn’t even mutter the words that he had passed. Does anyone understand what I’m saying? If there’s anyone else out there like me, please tell me so that I can stop feeling crazy.

My dad and I literally did everything together.

The last couple of months that he was alive, he literally came up to my work every single day, with his rolling breathing machine (which people actually made fun of him for that) and some lunch for me. And we had lunch everyday. I loved this time with him so much. I was a huge daddy’s girl and he meant everything everything everything to me.

He went shopping with me, made me huge dinners every night, tried to make my life seem normal even though my mother did everything to make it such, and he also made me the person who I am.

I have a friend whose mom passed at about the same time as my dad. She is the type of person who can talk about her mom for hours without crying, I wish I was like her. I can’t even be around her anymore because she talks about her mom so much and then she always asks about my dad every time we hang out. And every time I will start busting out crying, which is horrible because we are always at a restaurant or a bar when we hang out. Lately she’s been trying to stop, but it’s hard for her just because we cope in such different ways.

I’m not the type of person who can be having a lot of fun and all of a sudden just start talking about how it reminds me of my dad or of the good times. I really wish I could, but it’s just not possible.

I think some people think I should be over this by now, but I’m not. I know it’s been almost 4 years, but it seriously still feels like it was just yesterday. Just the other day I had a dream/nightmare and in that dream I had woken up from a bad dream. That bad dream was that my dad passed. Then when I actually woke up, I was super depressed.

I’m also one of those people where if I see a dad and daughter out together, I will get sad and will pretty much have to run away. And I get extremely sad/angry when I see daughters being rude to their dads.  I also find it a hard time when my friends talk about their dads. Usually I just have to zone out or I get really upset.

Also, have any of you ever seen The Last Song? It’s a Nicholas Sparks movie with Miley Cyrus. I know it’s probably pathetic to compare my life to this but I went to see that with one of my friends at the movies, and it’s basically a story of my life. My parents divorced, my dad lived far away and we only visited in the summer time (until I moved out in 9th grade and moved in with him because I was so miserable). My dad got cancer (and tried hiding it from me at first until I had to rush him to the hospital because it got so bad) and passed soon after. When I watched this movie, the similarities to my life were scary. I cried the whole movie and I remember when I told people that I saw this, they were shocked that I chose to see it (because they realized that there were MAJOR similarities to my life), but I didn’t know what the movie was exactly about until I saw it.

My way of coping through this whole thing has basically been to stay busy.

I’m sure some of you have added everything together and realize this now. Probably not the healthiest way to deal with my problem, but I feel like only time will help me heal. I have an extremely long list of everything that I regret that relates to my dad, but maybe that will be for another day if I’m ever ready to share that.

One thing I am happy for is how much W’s family means to me. When my dad passed, surprisingly the first person I went to cry to was his mom. And she was very helpful. She lost her dad just a short couple of months beforehand, so she knew everything that I was going through. W’s dad treats me like a daughter which is great too. So at least I have that! Without his family, I honestly don’t know where I would be.

What I learned from my dad:

Money. My dad was very careful with his money but he was not obsessive.

Life. You should live in the moment.

Care about your family. I enjoyed that he wanted to shield me from things so that I wouldn’t constantly worry. I think that’s how parents should be.

What lessons did you learn from your parents?

Also, leave a comment or e-mail, I would love to talk to people who know exactly what I’ve been through or can relate. Sorry for the extremely long post by the way.

Also, I should say that I am doing good. I don’t want anyone worried about me or anything. I am a happy person and I do love life. I have great friends, a great bf, and the family that I do have I cherish. And I do cherish the moments that I did have with my dad.