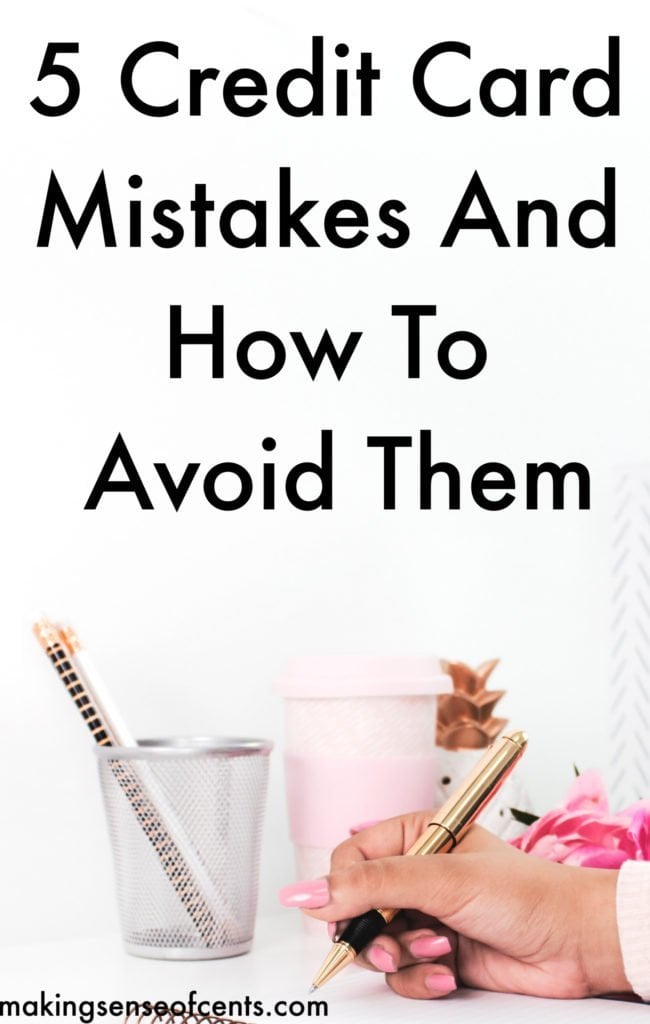 Even though I love credit cards because of their many benefits, I understand that they aren’t for everyone.

A family member of mine once struggled with credit cards, and they found that using a cash only budget was the best way to stay out of credit card debt. Fortunately for them, they were able to recognize their credit card mistakes and found a way to make sure they weren’t adding any debt. Part of that was being proactive and noticing they had an issue with them early on.

However, others are not as lucky.

Some people rack up large amounts of credit card debt, and they do so because they aren’t aware of the credit card mistakes they might being making. According to a study done by NerdWallet, the average household in the United States (who has debt) has an average credit card debt of $15,482. END_OF_DOCUMENT_TOKEN_TO_BE_REPLACED