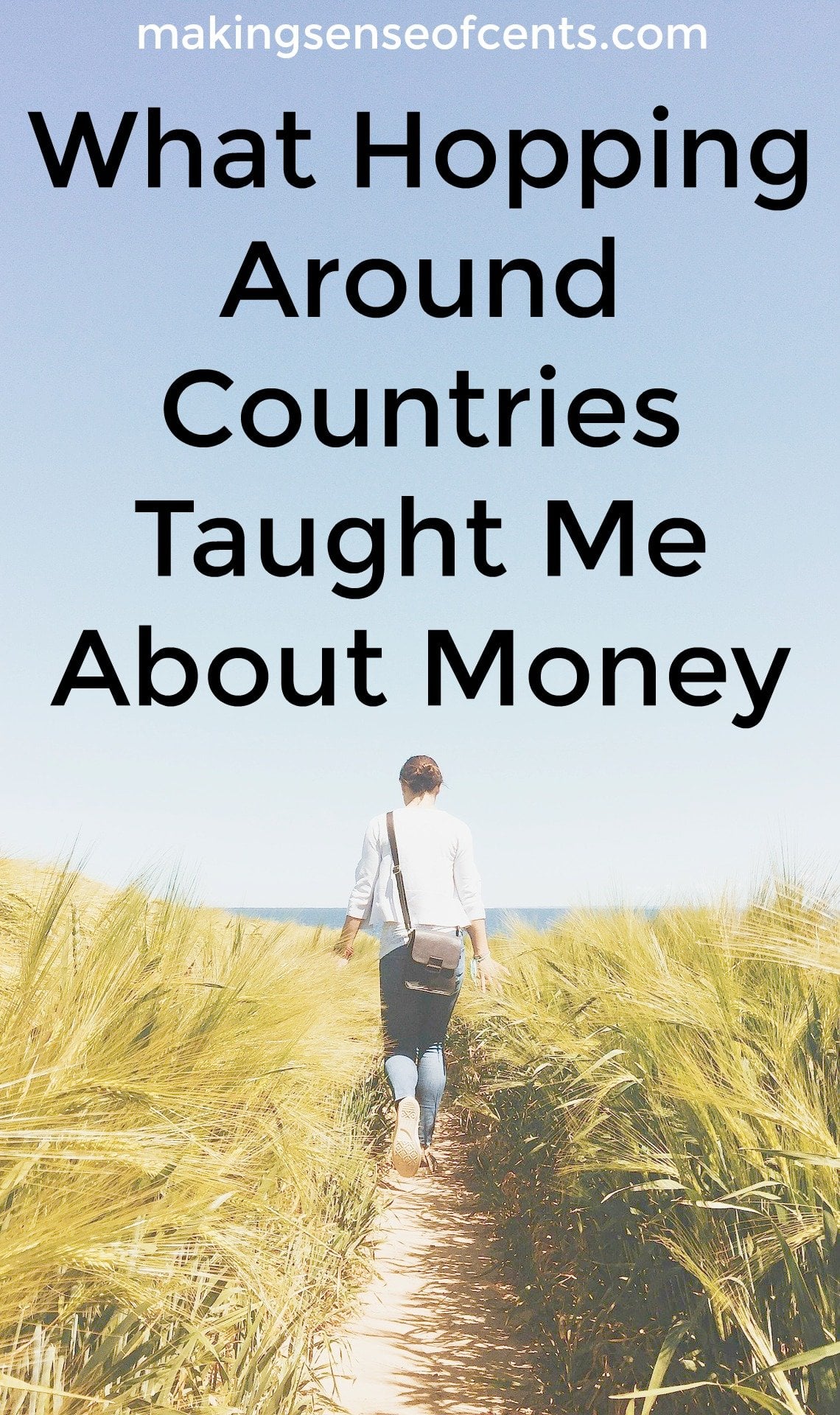 Hello! I am currently in Gulf Shores on a vacation with friends. Also, yesterday was my birthday! Today, I have a great post from a fellow blogger. Traveling can teach you many things, with money being one of them! Enjoy!

Every country I’ve been to has its own quirks and habits when it comes to money.

Sometimes I’d find this out the hard way through awkward misunderstandings, but other times it was quickly obvious what the norms were.

I’ve spent an extended amount of time in South Korea, Hong Kong, India and the United States and the differences between these places are enormous.

Whether it’s the price of food or the politeness of talking about personal debt, each of these places has its own character and culture that impacts just about every aspect of life.

Here’s what I learned about money from my travels.

I was born in South Korea, but started traveling when I was just 1.

I’d come back every year to visit family, who were worried that I’d lose touch with my heritage. In a way, their fears were a little justified. To me, the intense work ethic of South Koreans was overwhelming.

The whole country seems to live to make money, and many people at all levels put in tireless hours in the hopes of getting ahead. In the past decade the government has been increasing mandatory vacation time and shortening the workweek, but that doesn’t seem to have made a massive difference in the commitment of Korean employees.

This intense work ethic begins in school. After a long day in school, it’s customary for students to spend an extra couple hours studying at a private school. The relentless work ethic never seems to let up after that.

The devotion to work comes from family pressure. There are a lot of expectations placed on younger family members, and landing a desirable spouse means having a good job. You need to also make enough money to eventually take care of your parents or grandparents since there is a strict age hierarchy in Korea.

I’m completely serious when I say that my grandmother has already asked me to pay for her funeral. I was actually honored that she chose me instead of my other family members.

It’s even common to see people give a portion of their first paycheck to their parents as a sign of respect. Wealth and reputation are important factors that affect not just individuals, but also their entire family. Think of it this way: financial stability = reputation = respect for your family.

Perhaps because reputation is such an important factor of family life, I noticed debt is a taboo subject. Even though personal debt has risen steadily over the years and is very common, it’s something people only talk about in hushed whispers. This might be why credit cards aren’t extremely common even in modern hubs like Seoul.

Few places are as glamorous or expensive as Hong Kong.

Trust me – I spent my formative years growing up here.

Residents are fiercely proud of their identity and the many accomplishments of their city. It’s an extremely cosmopolitan place due to its past ties with Europe and its strength in finance and business development.

Like South Korea, family is deeply important and a lot of pressure is placed on sons and daughters to succeed. The action of an individual reflects on the entire family, so parents work hard to ensure that their children are committed to success. If the child can’t attain success, there’s a strong feeling of shame and disappointment. It’s not an easy lifestyle, as many people are committed to long hours rather than enjoying free time.

Hong Kong is definitely a trendsetter when it comes to becoming a cashless society. The popular refillable Octopus card was first developed in 1997 just for public transportation, but has since grown and is now used by 95% of the population. In addition to public transportation, it’s valid in many stores and restaurants.

One ongoing problem I hear from all my friends is the booming real estate market.

The housing market was always limited due to the small size of the area, but now the boom is out of control. The tiniest apartments are fetching sky-high prices. Many of my friends – even the ones doing well – are discouraged about the idea of buying a home.

Yet as expensive as Hong Kong is, it’s still possible to enjoy world-class food at a great price if you’re willing to go with any sort of ambience. Public transportation is also really affordable. Plus, how many other cities in the world have a horse racing track in the middle of the city with admission for only $10 HKD ($1.30 USD)?

These inexpensive perks, however, are the exception rather than the norm.

When I arrived in rural India, I had to change all the habits I picked up in Hong Kong. Credit and debit cards were incredibly rare here and cash was always the best way to go. Sure, the big cities would have some restaurants and hotels that could use cards, but good luck paying a rickshaw driver with anything but cash.

If you’re seeking luxury, India has it for a price.

If you’re a high school student on a tight budget like I was, you can live comfortably on what felt like a shockingly small amount of money at the time. For $1, I was able to buy myself a big meal. For $40, I was able to get a taxi in New Delhi to travel 170 miles to my school.

Coming from developed places like Hong Kong and South Korea, this was all new to me.

Money in the U.S. is a little more difficult to pin down due to the size and diversity of the country, but there were some similarities I picked up on when I was a college student there. I came to the U.S. right after finishing high school in India, so the differences were incredible.

First, credit cards and debit cards are extremely widespread. Whether you’re paying for an expensive college education or a $1 coffee, it’s normally fine to pay with plastic.

Nobody bats an eye when you use a credit card for the smallest of purchases.

Some things were surprisingly expensive to me. The public transportation at $1.75 per bus ride felt exorbitant compared to any other place I’ve been to, especially coming from India. Plus, as expensive as Hong Kong is, restaurants in the U.S. were about 60% more expensive and groceries were about 30 percent more expensive.

One thing that all Americans know about that baffles outsiders is tipping. It’s customary to tip 20% to a waiter at a restaurant. That’s fairly straightforward, but then there’s also tipping for taxi drivers, hair stylists, housekeepers in hotels and other people in the service industry. It’s sometimes confusing not just how much to tip but who to tip. Not even lifelong Americans fully understand every nuance.

Earlier, I explained how South Koreans are uncomfortable with ever talking about personal debt. In the U.S., it’s almost a source of pride for some people. Homeowners have no problem talking about how much they paid for a home, and college students love commiserating about exactly how much they owe their university. This was all new to me and I first found it shocking.

I eventually got used to it, and now I believe that the key to personal finance is being financially real by owning up to your realities.

Another difference was family.

Americans typically move out when they’re finished with university, if not sooner. Parents want their children to be successful, but there isn’t a strong pressure to be prosperous above all else that was prevalent in some of the countries I went to.

There’s no best country and I don’t have a favorite, no matter how persistently I’m asked. They all have good things in their favor. What I do value is the learning experience.

Every country has its own culture when it comes to money.

This approach to money influences everything from free time to family life, not to mention everyday spending habits. I constantly had to adjust my habits, not to mention the exchange rates, in each country I went to. Regardless of how well prepared I was for each country, there were always gaffes and miscommunication as I got used to the way of life in each of these places.

Anum Yoon is a writer and blogger with a passion for money management and a productive lifestyle. You can also find Anum on her personal blog, Current on Currency, and subscribe to her blog newsletter right here.

What have you learned about money when traveling? Anything above surprise you?