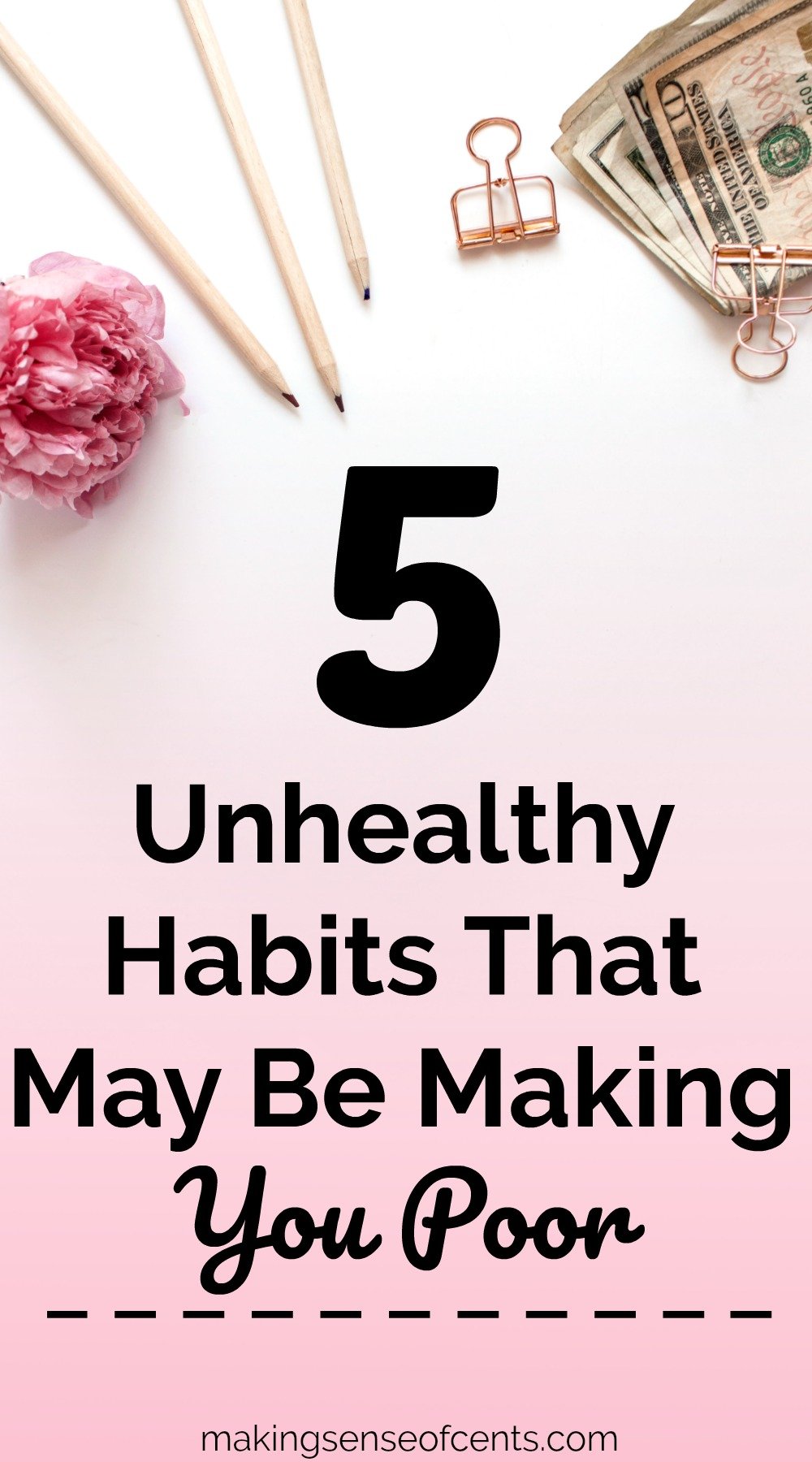 Everyone at one point has an unhealthy habit they engage in. I know I have, and for me that was tanning in a tanning bed.

Unhealthy habits are bad because they can lead to further problems down the line, such as medical problems, medical debt, credit card debt, and more. They can prevent you from saving money and reaching a financial goal. You may never learn how to save money if you are constantly drowning in these unhealthy habits.

They can also lead to insane amounts of stress and unhappiness.

Was there anything in the last few sentences that sounded like a positive to you?

1. Tanning in a tanning bed is an unhealthy habit.

I used to go tanning, but I do not anymore. I have heard too many horror stories about skin cancer and have seen too many pictures of people who have gone tanning too much in their life. It is just not worth it.

In addition to it being unhealthy, tanning can also be expensive.

I recently overheard someone saying that they spent $400 a MONTH on tanning – I don’t even know how that’s possible. Whatever you are spending, it’s too much if you are just damaging your skin.

2. Cigarettes can bring the many harmful effects of smoking.

Smoking cigarettes can lead to many harmful effects of smoking, such as lung cancer, heart disease, and many other medical problems.

I know this and understand this problem because my father (who I was extremely close to) passed away from lung and brain cancer in 2008. He was an extremely healthy man, except for his serious smoking problem. We tried for a very long time to get him to stop, and it’s something I will always regret not trying hard enough for.

Due to this, I have never smoked a cigarette in my life, and I never will. There are just too many harmful effects of smoking.

Smoking is extremely unhealthy as I said before, and it is also very expensive. According to Business Insider, cigarettes can cost around $5 in a state such as Kentucky, and may cost as much as $15 in New York. If you smoke a pack a day, that can be as much as $450 a month.

3. Gambling your money away will prevent you from learning how to save money.

I’ve never been much of a gambler. I have seen people file bankruptcy after gambling too much, so the thought of losing money gambling is something that I’ve never wanted to personally experience.

That doesn’t mean I have never gambled.

However, you should always know your stopping point and you should be able to afford to lose the amount of money you are gambling. Keep in mind that casinos exist for a reason – because they are making money from someone who is losing money.

4. Watching too much TV is one of the many unhealthy habits.

Being glued to your television around 37 to 40 hours a week just cannot be healthy at all, no matter how you try to explain this bad habit to me.
Watching TV can be bad for you for many reasons:

Instead of watching TV, you should try to do something else. Spend time with your family, find a side hustle, go for a walk, read a book, give your dog some extra belly scratches, and more.

5. Emotional spending will prevent you from saving money and reaching the root of an issue.

Emotional spending is when you go shopping because you are sad, bored, feeling under-appreciated, or something else.

This is not good because if you are continually buying items to feel better about yourself, you may fall into credit card debt, spend money you do not have, buy things you cannot afford, and you might just be buying things that you do not need just so that you can buy something. This is one of the many unhealthy habits that needs to be prevented.

To stop emotional spending, you should think about what really is making you unhappy and come up with a better reason to overcome your problem. Also, you might want to avoid stores so that you cannot buy anything. These are the best ways to stop this unhealthy habit so that you can learn how to save money.

Do you have any unhealthy habits that are busting your budget? Are you trying to stop so that you can learn how to save money? Why or why not?