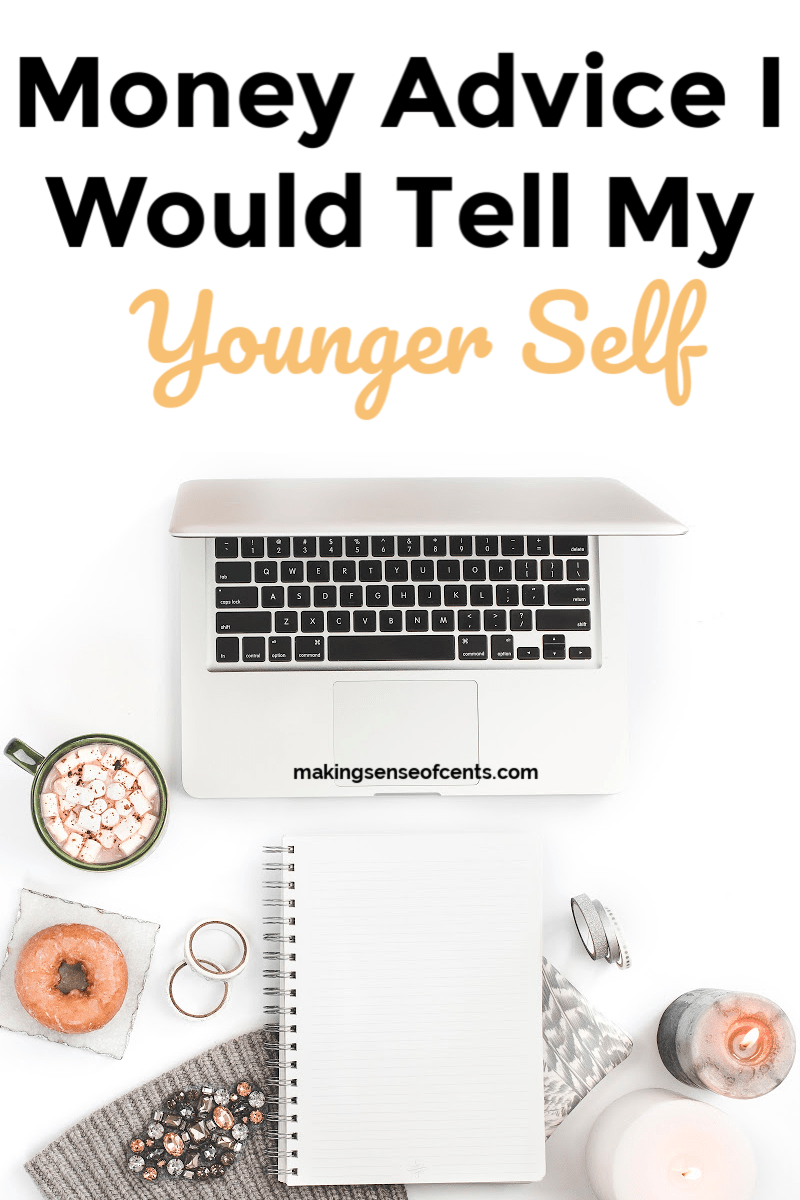 I realize I’m still young since I am only 25 years old, but there are still several things I would tell my younger self about money.

I definitely was not great with money when I was younger. I made many money mistakes that led to me wasting thousands upon thousands of dollars. I cringe about the money I wasted, but I know that I learned from these mistakes and I am improving my financial life each and every day.

Everyone makes mistakes. The key is to learn from your mistakes and make an effort towards not making the same mistakes again. Dwelling in the past won’t fix anything, but it can be a good reminder so that you don’t fall victim to the same money mistakes over and over again.

Below are seven things I would tell my younger self:

I spent way too much money on clothing when I was younger. For the most part, they were all items I never even wore, or I only wore a few times.

A COMPLETE waste of money.

From about the ages of 16 to 21, I worked as a full-time retail store manager, which meant I was surrounded by clothing 40 hours each week. It was hard not to buy anything, and I often spent thousands upon thousands of dollars on clothing items each year that I did not need.

2. You don’t need a car that is worth more than your yearly income.

I made the ridiculous mistake of buying a nearly $25,000 car when I was just 18. I bought the car brand new, and while I thought I could “afford” the monthly payments, I definitely could not afford the overall purchase. It definitely was not worth it.

I should have been putting the money towards my student loans instead because that extra $400 a month could have been much better going towards debt.

I’ve always had something resembling a budget, but nothing that was useful. If I could, I would go back, sit myself down, and force myself to track my income and my spending. I’m sure if I would have actually tracked my ridiculous spending and had the amount in my face, I would have realized my mistake and hopefully changed my ways.

Instead, I ran away from the real numbers because I didn’t want to face my spending problem.

I made a “wishful” budget. Those do no one good if they aren’t based on actual spending.

Even though I had a spending problem and I wasn’t doing anything to change it, I often felt guilty about anything money-related. I would analyze the littlest purchase, to the point where I would agonize about it and lose sleep over it.

I worked an insane amount when I was younger, and it made life hard. I used working as a way to cope with my dad passing, and when I think back about it, I realize how unhealthy that was.

Since I had such bad spending habits, I had to work as much as I could to make up for that. Whereas, if I would have just come up with a better budget, I could have worked much less.

I should have taken a break, relaxed a little, and spent less money so that I could have worked less. It would have been much better for my life overall.

We’ve always had retirement accounts, but didn’t aggressively invest or research any investments. Instead, we let most of our savings sit in low return accounts.

So much money wasted!

Read Why You Should Invest and Save For Retirement – Plus a Personal Finance Confession Fail.

I made the mistake of not negotiating any of my salaries when I was younger. I made okay income before, but I always just took what was given and never once questioned it.

I look back and sometimes wonder how much money I left on the table by not negotiating.

While I do still love the college I went to for my undergraduate degrees, I still cannot believe I spent so much money to go there. I had an almost full-ride to a state school, but decided not to go there because I didn’t think it was the best decision for me.

Yeah, I just said that. I had the option to graduate with pretty much no student loans and my dumb self thought that wasn’t good enough because the private university had a great business program. However, now that I am older I realized that the small difference between the two wouldn’t have really mattered.

What financial mistakes did you make when you were younger?

How much money did your mistakes cost you?