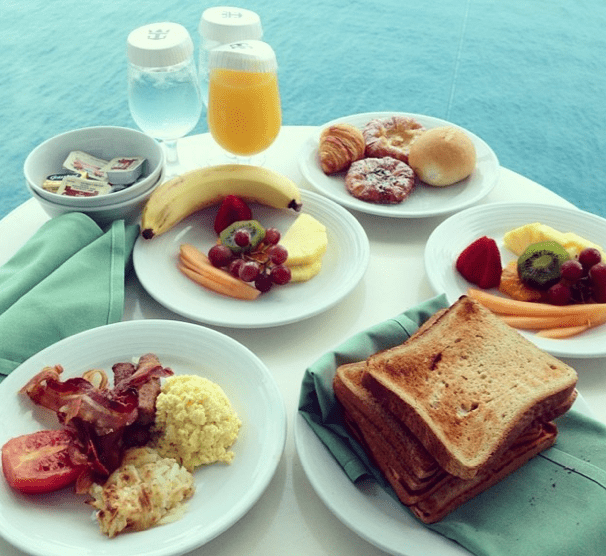 Hello everyone and happy August! I haven’t done a life update since last month’s goal’s update, so I am happy to publish this today.

July was another great month. We went on a long cruise, went to a few state parks, enjoyed the great weather, and overall had a great month.

We had one big change for the month of July though…

We got rid of the Camaro.

Yes, I said it. After owning the Camaro for about 1.5 years, we decided to get rid of it. We loved it, but we decided that right now was just not the time to have it.

It was not practical when it came to gas mileage (we want to start going on more road trips), the dogs couldn’t go in the car (not with leather seats!), and the car had drag tires so it couldn’t be driven in temperatures less than 45 degrees or if it was raining. I also couldn’t drive it because it was a manual and had too much power (I could literally only do burnouts in it), so we were practically sharing one car which got difficult even though I worked from home.

Yes, so there were plenty of reasons to get rid of it!

Instead, we sold it and bought a car that gets 36 miles to the gallon. Much better than what we had before! This car has all wheel drive, four doors, and can be driven whenever.

I won’t lie though, I was sad to get rid of it. I know, I know, being attached to a car is pathetic, especially in the personal finance blogging world. I loved the car though and it was a lot of fun. Also, my dad had a Camaro that he bought in 1984 brand new and he had it until he got sick, and it was his favorite thing ever.

He was waiting for the new style to come out but passed away shortly before they released it, so I had an attachment to the Camaro we bought.

I know he would have loved it!

We went on a cruise last month. It was a 7 night Caribbean cruise. It was a lot of fun and it was our first cruise.

Cruising is definitely the best way to have a relaxing vacation. Each day we ordered room service breakfast (pictured above), we would walk around the ship, leave the ship whenever we were at port, and then my favorite part was dressing up each night. I loved seeing everyone in their nice evening gowns, tuxes, and suits.

I must not be very fancy because I think this was my very first dinner where people wore tuxes and evening gowns!

How did you do in July? What is your main goal for August?