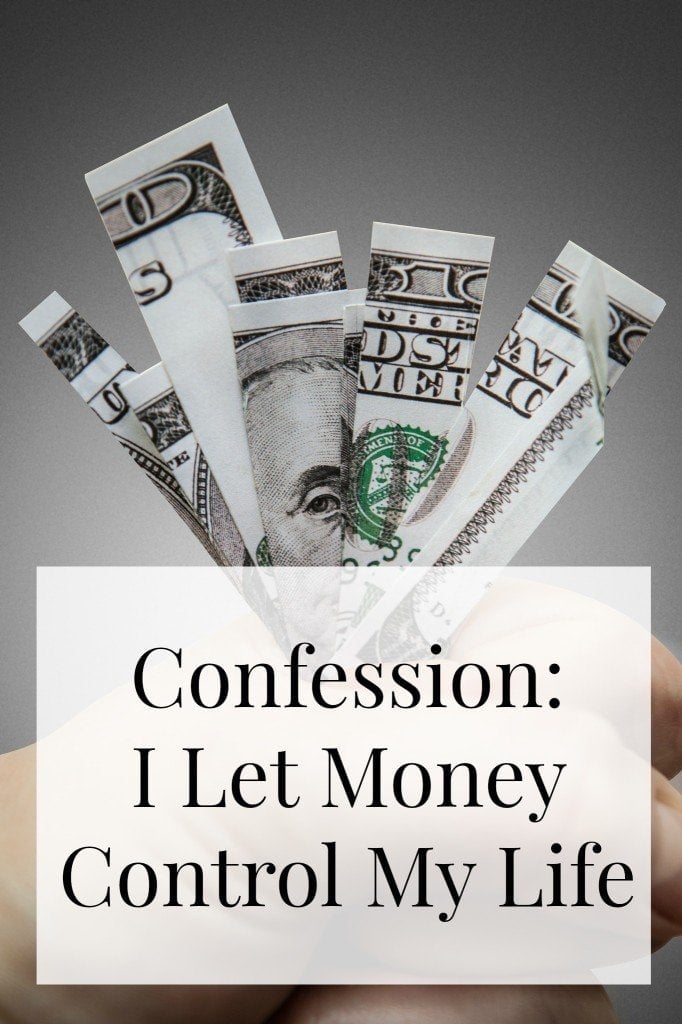 I’ve talked about not letting money control your life before, and I recently came across the topic again.

The other day someone told me it’s impossible for a personal finance blogger to not worry about money. They were saying I should be telling everyone that being controlled by money is actually a good thing.

I have to disagree though.

I don’t think that in order to be in charge of your financial well-being that you have to bow down to money and let it completely control your life.

Even though I say that though, I still let money control my life a little bit.

I’m not as bad as I used to be, but I still let money control my life more than I should.

Here are some of the things I constantly think about:

Here are some of the things to think about if money is controlling your life.

This is something I always have to tell myself when I start having a money control freak out. Money is JUST money, and nothing else. Money doesn’t lead to happiness. Sure, it can make life easier sometimes, but life isn’t all about it.

Life will go on and freaking out about money doesn’t change the situation you are in. You need to actively change your life.

For me, I would always calculate our budget. I’m talking like every single day. I would spend hours upon hours trying to figure out our budget, financial goals and more. And, if I wasn’t on track it would upset me.

However, living with regret and being upset doesn’t change your situation!

If you want to see change, you need to actually do something.

I need to stop comparing myself.

For example, I came across an article recently that stated that the average person my age should have like $200,000 saved for retirement already. I thought that amount was absolutely insane, and I felt upset that I’m not at that level. Then, I started reading the comments and others who were even younger than me were saying that $200K seemed low.

HA, who are these people?

I then all of a sudden wanted to start saving even more. Yes, I make a decent income, but all of that is before taxes (and taxes take out a significant chunk). For me to have been at the level that these people were talking about, I would have had to take some drastic measures by now.

Does money dominate your life? In what ways? Are you trying to change that?