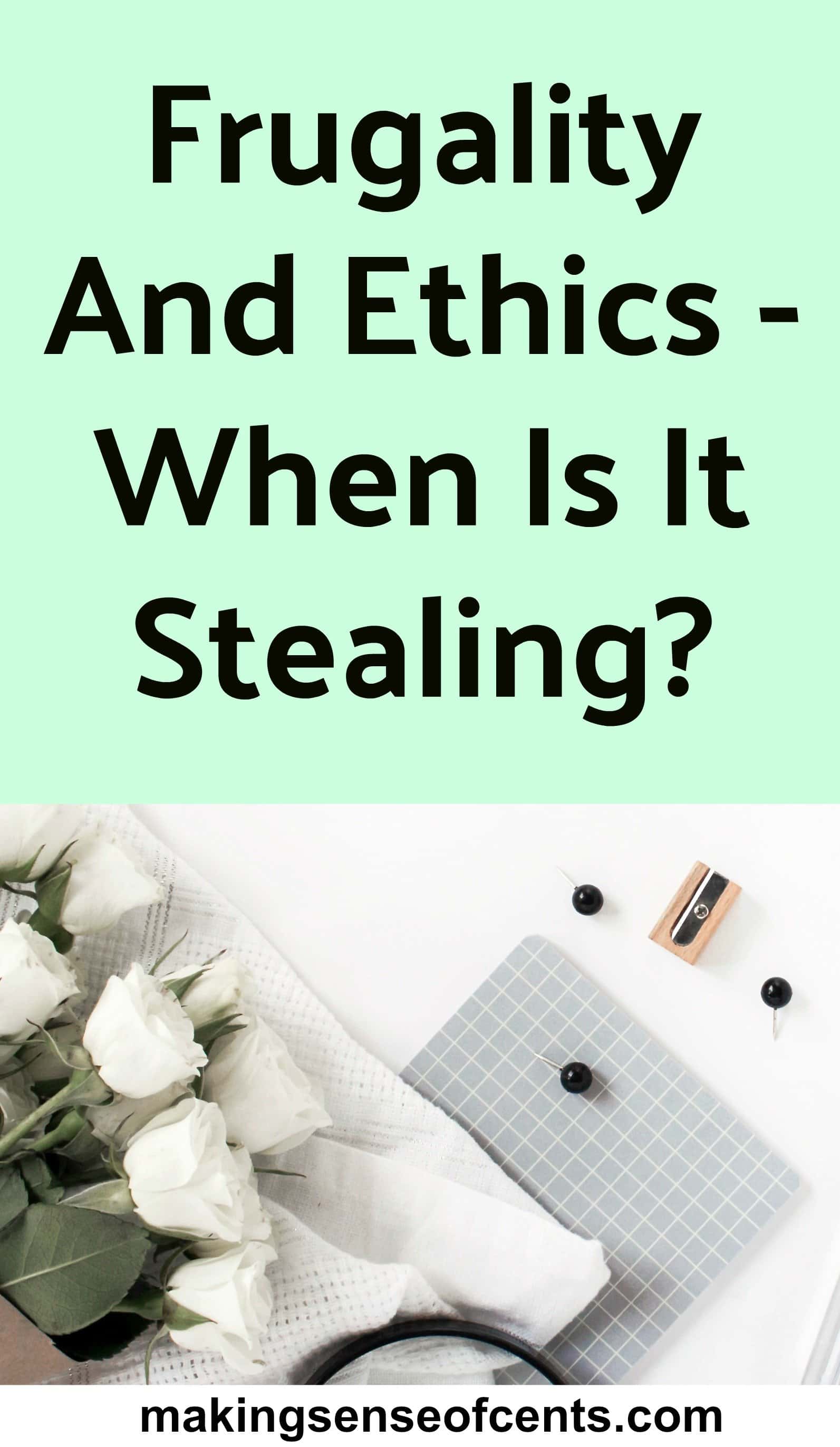 Warning – It’s about to get serious up in here. This post is meant to get a rise in people, and make you think.

I don’t think that there is anything wrong with saving money (of course, this is a personal finance blog), but I do wonder how far people will go to save money – whether it be $1 or $2 or a few hundred dollars.

No one is perfect, and I definitely am not. However, when does frugality or cheapness cross the line and become stealing?

Clearing out a hotel room.

Have you ever stayed at a hotel and cleared the room out? Maybe you took the towels, soap, toilet paper, plates, cups, decorations, and so on.

Yes, I have taken ONE disposable item before – one time I stayed at a hotel and they had really “fancy” face wash that I knew was over $50 at the store. This was a smaller size and I already used some of it.

I took the rest of the (very small) bottle and brought it home. I figured it would be tossed anyways so why not just take it with me?

I have told people about this before though, and I sometimes I get looks as though I were an alien and I just told people I just came here from Jupiter. I don’t get what’s so weird about it.

Complaining excessively to get what you want.

Sometimes people will lie, call others names, yell, and just be all around mean.

Yes, yes, I know, you should always treat the customer as though they are right.

But, I have seen this happen multiple times with customers. When I am out and I see this happening, I do my best to defend the employee (if the employee is correct, let’s be honest – the employee isn’t always right either), because I just CANNOT stand it when people lie.

To get back to the topic – A customer will make a complaint so that they can get a discount even if it means that they have to lie and get workers fired.

There were many times when a complaint would come in, and I knew it was completely a lie – the employee that they were talking about didn’t even work the day that the customer was complaining about, or they were talking to me (without knowing it) and claiming that I did something that I knew I did not.

Many times it even came to the point where I have seen employees run away and cry because of how adamant some people are about getting a discount.

Usually these fake complaints were followed with “Don’t I get a discount or get it for FREE?!”

Using an item and then returning it.

Have you ever seen the episode of King of Queens where Carrie starts “buying” a lot of high-end designer clothing and has a room full of it? There are thousands of dollars worth of clothing, and she has a system of buying and returning all of them so that she never actually has to pay for the items.

Another example of this is if an item of your breaks, and you buy the exact same item from the store. You then put the broken item in the box and return that one, and in return have a working item again at no cost to you.

I also know of someone who threw their laptop down the stairs to break it, because their warranty was about to be up and they wanted a new laptop. They said that they bought the warranty, so this was not stealing.

Recently, I was talking to a group of people about the high costs of movie theaters. We were talking about whether it was considered stealing if a person brings their own food or drinks into a movie theater.

A few people gasped and said that they would never bring food or drinks into a movie theater because they considered it stealing.

Or, maybe you bought a child or senior ticket before at the movie theater (people do this by buying the tickets online or at one of those kiosks next to the ticket line) and entered that way.

Leaving a bad tip because you don’t have enough money.

The other day I was doing research for an article, and I got caught up reading the comments in the article. This happens a lot – many times the comment section of an article is my entertainment for the day. The things that some people say can be entertaining.

The article was about the correct amount of tip to leave for certain services that a person receives. I know that different countries have different tipping rules, but if you are in the U.S. where the service industry relies on tips, then I think that you should be budgeting a tip into the service that you are receiving.

I know someone who constantly leaves a $1 tip (and sometimes less) on everything, regardless if it’s a $20 meal or a $50 night out. It really bothers me, and usually I make up for it by over tipping for this person whenever we are out together. This person has the money, but they choose to be cheap instead.

Anyways, back to the point, the person leaving the comment on the article I was talking about said that they have no problem leaving only a 5% tip each time they go out (even if the service is phenomenal) because that’s all they can afford, and that they still have a right to eat out even if they can’t afford to tip on their bill.

Have you ever done any of the above? What do you think of these situations? What other examples can you think of?