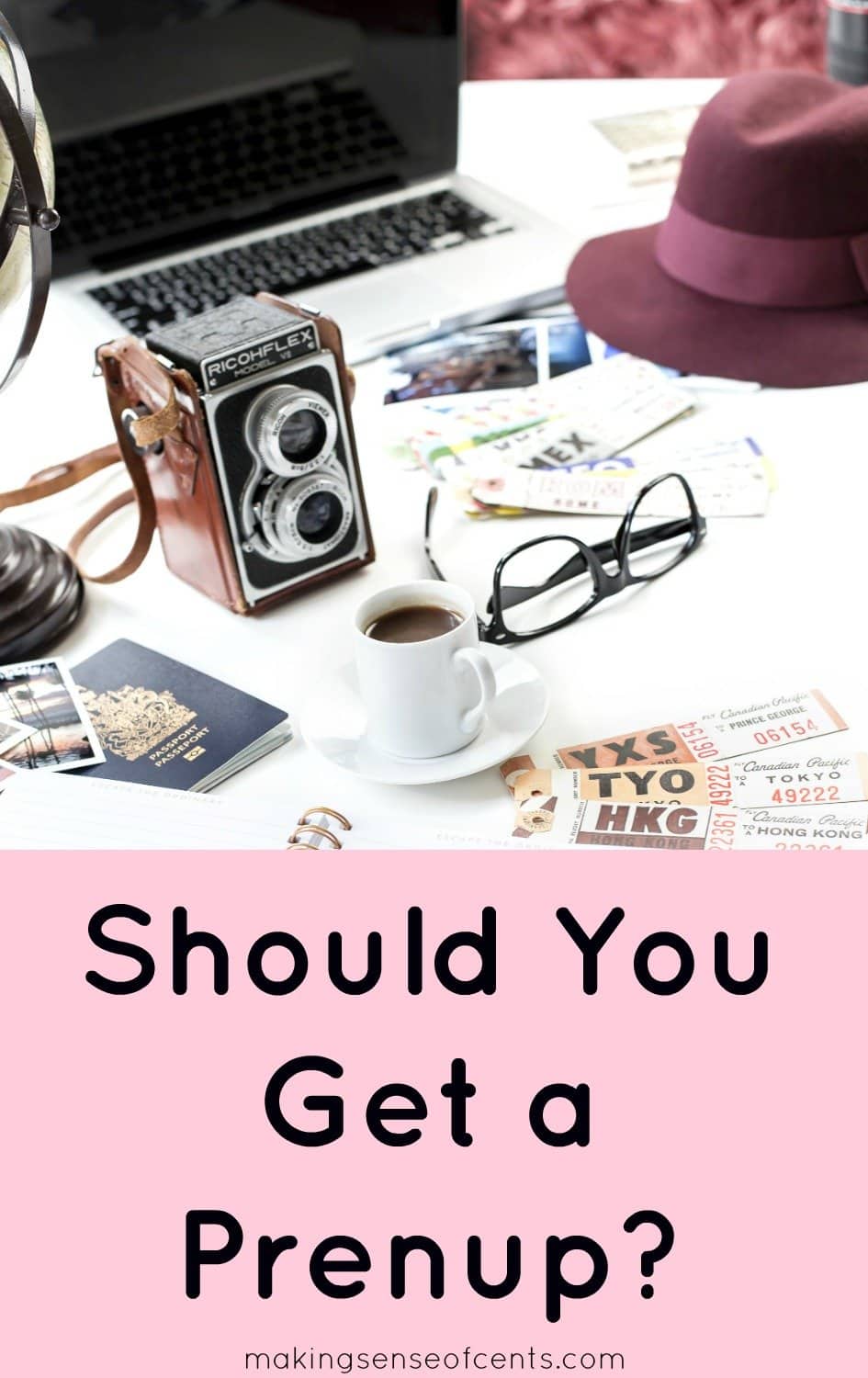 Recently, a friend asked me what I thought about prenups. She isn’t married yet, but she was wondering if it was “right” or “wrong” to bring it up to her fiancé.

She thinks that he won’t take it the correct way, but she wants to protect herself in case anything were to happen.

Does this mean she doesn’t believe in their relationship? I don’t think so at all!

These days, with all of the statistics you hear about divorce and the crazy stories you hear about exes taking them for everything that they have, it may make sense for some couples.

What is a prenup?

A prenuptial agreement (“prenup” for short) is what a couple signs to lay out and figure out their assets and finances. This contract is usually made before the couple gets married (however, it can be created afterwards) to protect themselves in case the marriage ends badly.

A prenup will help you in cases where:

I have also heard of couples putting a cheating clause into their prenup. I’m not sure if this is true but I heard gossip that Jessica Biel has one of these contracts where if Justin Timberlake cheats then she will get around $500,000.

Other celebrities have put drug clauses where if the person relapses then the other will receive $1,000,000 for each year that the person was drug free.

One of the main reasons why couples say that they do not want a prenup is because they consider it extremely unromantic and almost like you are saying that your marriage is doomed from the very beginning.

I don’t believe that is the case. I think each relationship is different, and prenups work for some, whereas they may not work for others. I do not think there is a right or wrong answer for all.

Here is what some of you had to say about the subject.

What about us? Before anyone gets snarky about what I’m about to say, I want to say that I don’t care 🙂 What we did works for us, but I do realize that it does not work for many, many others. We do not have a prenup, mainly because we started everything together when we were very young (when we had absolutely nothing), bought a house together when we were 20 (yes, 20!) and already have combined finances.

No matter what you decide to do, I always think that you should discuss finances with your significant other until there is absolutely nothing left to talk about.

I have seen so many relationships where finances are not discussed anywhere the amount that they should be, and this is just scary to me. I know people where:

Related: Do I Need A Will? What You Need To Know About Wills & How to Create One For Free

Do you have a prenup? Why or why not?