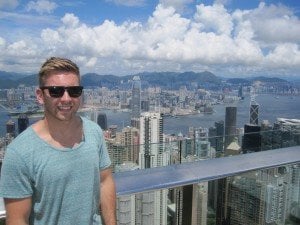 Hey everyone! Today I have a really awesome post from a fellow blogger. Now that I have planned to make the freelancing switch very soon, I have been thinking about traveling more. My freelancing does allow for travel of course, so of course I am thinking about this! The following is from Jeremy Albelda, a 20-something location independent entrepreneur.

Location Independent Income: The Life of a Digital Nomad

When I graduated college back in 2010 from the University of Miami, work prospects were pretty bleak. Especially for someone like me who had a degree in Exercise Physiology (basically a glorified personal trainer).

When the economy tanked at the end of 2008, the first things to go were “luxury” services like expensive gym memberships and fitness consultants. It also didn’t help that at the ripe old age of 23, I stubbornly decided I couldn’t work for anyone anymore…and had no formal business or marketing experience (eekkk!). The only really good thing I had going for me was the fact that I had no student debt (immense).

Read on to see how I went from a gym rat making a few hundred dollars a week in 2010 to a location independent entrepreneur earning over 60K a year and working only a couple of hours a day from anywhere in the world.

End of school, beginning of a new life

After packing up shop in Miami in June of 2010  when I finished school, I decided (I had) to head back to the City of Brotherly Love for a few months to live rent free with my parents and put my thinking cap on as I desperately wanted nothing to do with what I studied 4 years long for. I made a list of the things that I was halfway decent at/interested in, and this is what I came up with.

Growing up, I was lucky enough to have parents who loved traveling and saw the true life lessons/values that it brings about. I definitely inherited their wanderlust, and during college, I lived in Barcelona for half a year, Buenos Aires for a summer and Mexico for 6 weeks which were some of the best experiences of my life. My time abroad taught me a lot about myself and self-reliance. I also came out speaking Spanish pretty fly for a white guy, which at the time, was just for fun (and meeting girls of course), but ended up being one of my most important weapons in my arsenal.

All I could really think about during school was how I wanted to graduate and live abroad somewhere, but after putting in 4 years at college, I couldn’t really see myself making espressos or teaching English for virtually nothing, so I knew I had to get creative.

I had always loved writing, and actually had some success writing for a few publications about personal fitness, but I wanted to figure out how to do it full-time somehow.

When I traveled abroad, there was something I always found interesting – how pervasive the English language really was all around the world. I started noticing menus, hotel websites, large company’s marketing materials, etc. trying to promote their services or products in English, but they were just butchering the language, and often, not saying what they were intending to.

I thought, wow, this would be something so easy to fix, and would be a huge return on investment for these people. I did some research online and didn’t see too much competition for “English Correction Services”.

I then decided, why don’t I give this a shot? I read up on the easy-to-use WordPress web development platform and started to build a simple website to at least have something to email people with and offer my new-found, “services”. Write that Right.com was what came about (with the help of another developer and a few hundred dollars investment).

I thought to myself, ok, now that I have a decent website, the inquiries will be flooding my inbox in no time, right? (fart noise). I started to think, you know what, if some random guy emailed me and said the content on my expensive website I just made was all wrong, I’d probably ignore him too. Sigh.

I stepped back from the project and tried to look at it from a different angle. I began to realize, no one is going to pay me to fix something that they think is right from the get go. I have to write the content for people before it even has the chance to get messed up. Still in Philadelphia, I began to search for web developers that might already have established clients, but didn’t offer content services. Within a few weeks of emailing around, I started having a few developers get back to me saying they were looking for such a service, bingo!

After just 4 months in Philly, I decided to move back to Miami to escape the fast-approaching winter and more importantly, target the massive Hispanic market. It ended up being the best move I ever made (again). I started going to networking events and joined a chamber of commerce (#2 on above my list) and business started picking up. I discovered a niche as there were a large number of legitimate businesses leaving countries like Venezuela and Colombia to set up their new headquarters in Miami, and they wanted to target the US market. Through my travels in the Spanish-speaking world, I learned a lot about the myriad of different Hispanic cultures, and paired with my Spanish language capabilities, I was able to relate to and win the trust of a lot of native Spanish speakers who weren’t used to seeing a “gringo” speak so well.

I was really doing it. No boss, no cubicle. I was living the dream…except for one thing. I was still stuck in one place, or so I thought. 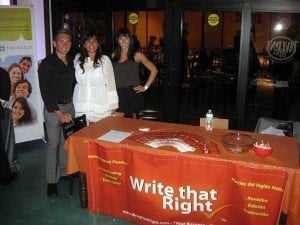 The world or bust…

Being physically in Miami was important at the outset of starting my business, but as time went on, I saw that I had a pretty steady core group of clients. 90% of all communication was handled through email or the occasional phone call and I rarely had to meet with clients, unless if it was for a beer or one of their kid’s birthday parties (one client actually invited me!).

I had the travel itch and I wanted to operate without a fixed location. I decided to read up on working remotely a bit as I was seeing people like Tim Ferris, who wrote the 4 hour work week, talking about bouncing around all over the world while still operating their online based businesses. The most common terms I found for people working without a home base were “location independent” and “digital nomads”. I found some people blogging about it, and many of them happen to be travel bloggers (makes sense). Wow, getting to travel the world, write about it, and get paid to do so? Sign me up!

I reached out to a few of them and asked a bit more about how they were supporting themselves continuously on the road. Many had online businesses similar to my own or worked as freelance writers, but the lion share of popular travel bloggers told me that they were making a good chunk of change right from their blogs. What?!

I told myself, I know I can do this too, so I built my first travel website in 2011, The World or Bust.com. I just started to write about my past travel experiences and the few short trips I was taking that year to Guatemala, Turkey and Bulgaria. I was pumping out a few posts a week, networking like crazy on social media and reaching out more and more to my travel blogging peers. As my traffic and stats started to rise, I started receiving emails from advertisers interested in placing ads on my site. I was hesitant at first because I didn’t know how it all worked, but after experimenting a bit and honing my negotiating skills, I dove in.

Fast forward a year and half, and I’ve been in and out of Miami for 8 of the past 12 months running a network of travel websites, my language solutions service and working as an online consultant. I make more than enough money to support my travels because, I do in fact work a few hours a day, it just doesn’t matter if that’s in a coffee shop in Bucharest, Romania (where I currently am) or back in Miami where I bounce in and out of to develop business and recharge.

I only have to work a couple of hours a day, and while I know I can make more money, I live mostly stress-free, which has left much more time to actually enjoy my life…instead of dreading it. I’m currently on a 6 month trip around the world and I’m thoroughly enjoying every day to the fullest. 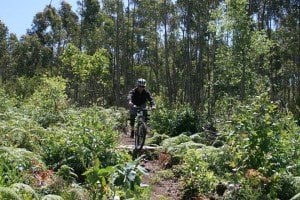 If there’s one piece of advice I’d like to impart, it’s that if you want to change your life, you REALLY can.

I think I’m a pretty good example of how someone with not a lot of money, no formal training/education with business and no entrepreneurial background can succeed if they really want to. The key is reaching out to others around you who have done it before, thinking a little bit outside of the box, and not worrying what your friends, family or co-workers think.

Don’t let yourself be the biggest barrier to entry for the life you want to live – make it the driving factor.

Can you work and travel at the same time? Would you like to?