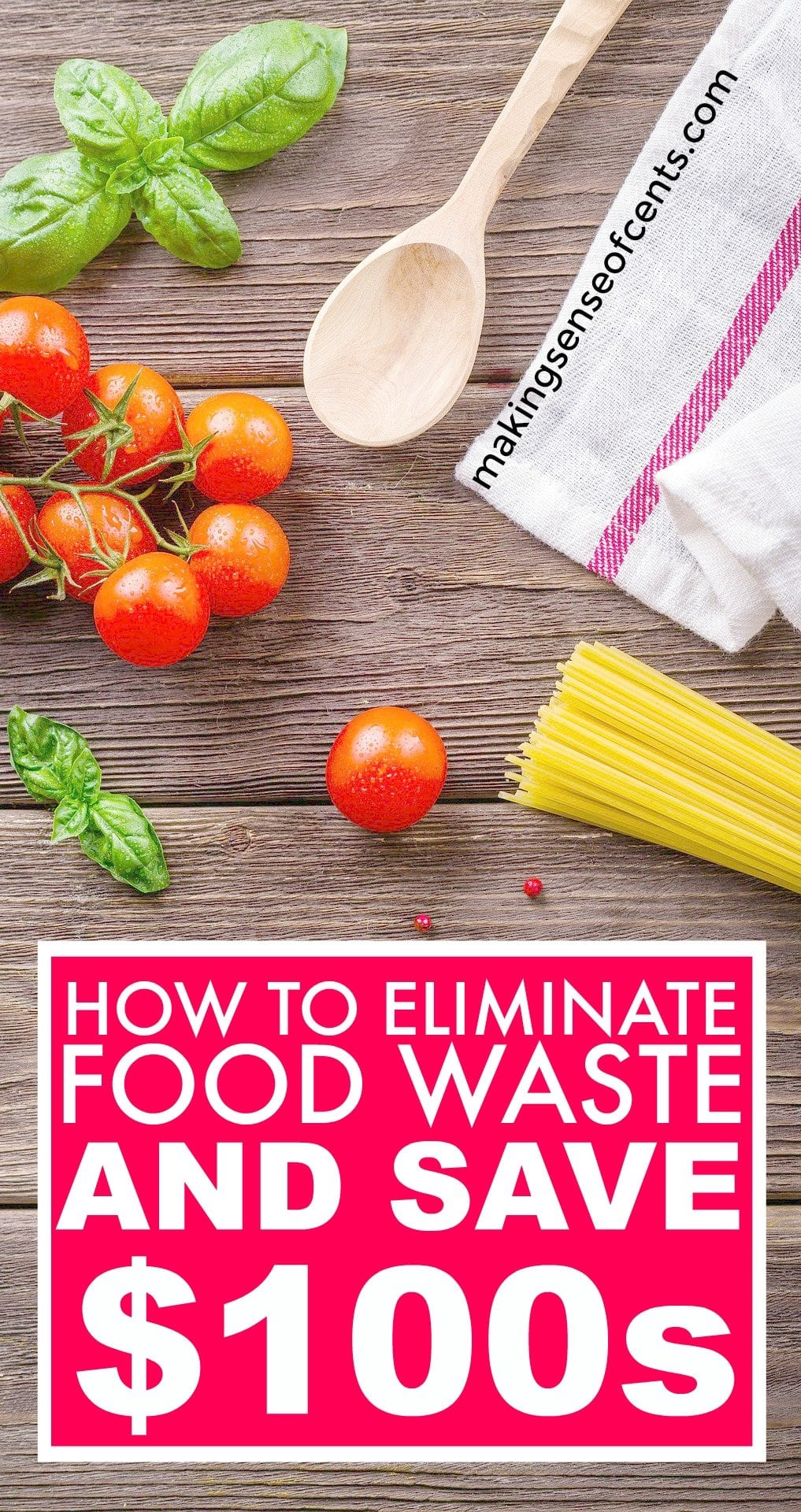 Did you know that I used to spend $800 per month on groceries? It’s true. Back when I was in school and living in the city, my fiance and I bought most of our food from the farmer’s market, and together we easily dropped $200 a week on groceries.

I wasn’t really tracking my expenses at that time. I only paid enough attention to my finances to make sure I didn’t run out of money at the end of the month. Other than that, I spent everything I had, and most of that went to food.

Since then, I’ve cleaned up my grocery budget significantly. I now spend about $400 per month for two people. We implemented a lot of changes in our grocery shopping habit to save this kind of money, but one of the biggest things we did was go to war on food waste. The biggest battleground was easily our refrigerator.

I Was a Fresh Vegetable Hoarder

When I used to go to the farmer’s market in the heat of summer when vegetables were in season, I couldn’t help myself. I’d get a head of lettuce, spinach, celery, some zucchini, maybe some broccoli. I’d then spend the next couple of days making healthy meals with a few of those ingredients. I’d always make too much, thinking I’d have the leftovers for lunch.

This led, every week, to half of the vegetables I’d bought going bad, and the other half sitting as leftovers in the fridge and eventually expiring. I’d then toss the whole lot out at the end of the week and start over.

It was a bad system, I realize that now.

I Buy One Veggie At a Time

Nowadays, I’ve kicked my veggie hoarding habit. I still visit the farmer’s market regularly, but I’m more sparing with my purchases. I’ll still buy staples like potatoes, onions and apples as necessary, since they’ll all keep for awhile. With other, more perishable fresh vegetables, I’m careful not to buy too much. Where I used to buy three or four different types of fresh vegetables, I’ll buy one. Usually it’s a bag of spinach and a single type harder veggie, like celery, broccoli, zucchini or leeks. Then I’ll make it my priority to use that one veggie completely before it turns. When it’s gone, I’ll get more, but not before.

Leftovers Are Your Friend

I used to make meals that had a ton of leftovers. That was why I was a leftover failure. Too many leftovers means that after two or three meals of the same thing, it gets old, I’d get sick of it, and into the trash it would go. Not good! Now, if there are multiple servings left over, they get frozen. Mostly though, I try to make only one serving of leftovers, and I always take that with me to work for lunch. I invested in some decent tupperware and mason jars to make this easier.

We’re visual beings. If something gets shoved to the back of the fridge, we are likely to forget about it. I know this has happened to you: You open the opaque crisper only to discover a mouldy something left there from weeks ago. All because you forgot it was in there.

When I put my groceries away, I put the things that are going to go bad first, at the forefront. This includes leftovers, veggies, unfrozen meat, etc. I don’t use my crispers at all, because I’m terrible at remembering what’s in them. This way, I can see the stuff that I need to use up first, and it’s that much easier to stay organized.

Stick to Your Food Plan

I used to be a victim of “not being in the mood” to cook a certain meal. I would often buy groceries with grand plans to make something great, and then at the end of the day, I’d end up making something quick and easy, that didn’t include any of the ingredients that I’d shelled out my cash for. These days, I suck it up and stick to the plan, since I know that if I end up throwing something away due to my own laziness, I’m practically throwing dollars in the garbage can.

Because of these tactics, among others, I’ve drastically reduced my grocery budget. The funny thing is, I eat just as well as I did when I was spending $800 per month. I’m absolutely certain that my diet is healthier than it was when I was spending so much, and my grocery spending is so much more efficient now. I definitely don’t feel deprived or starved for decent meals in any way, and part of that is because I’ve eliminated the money I was throwing into the garbage can in the form of spoiled food.

Do you waste food? I want to know!