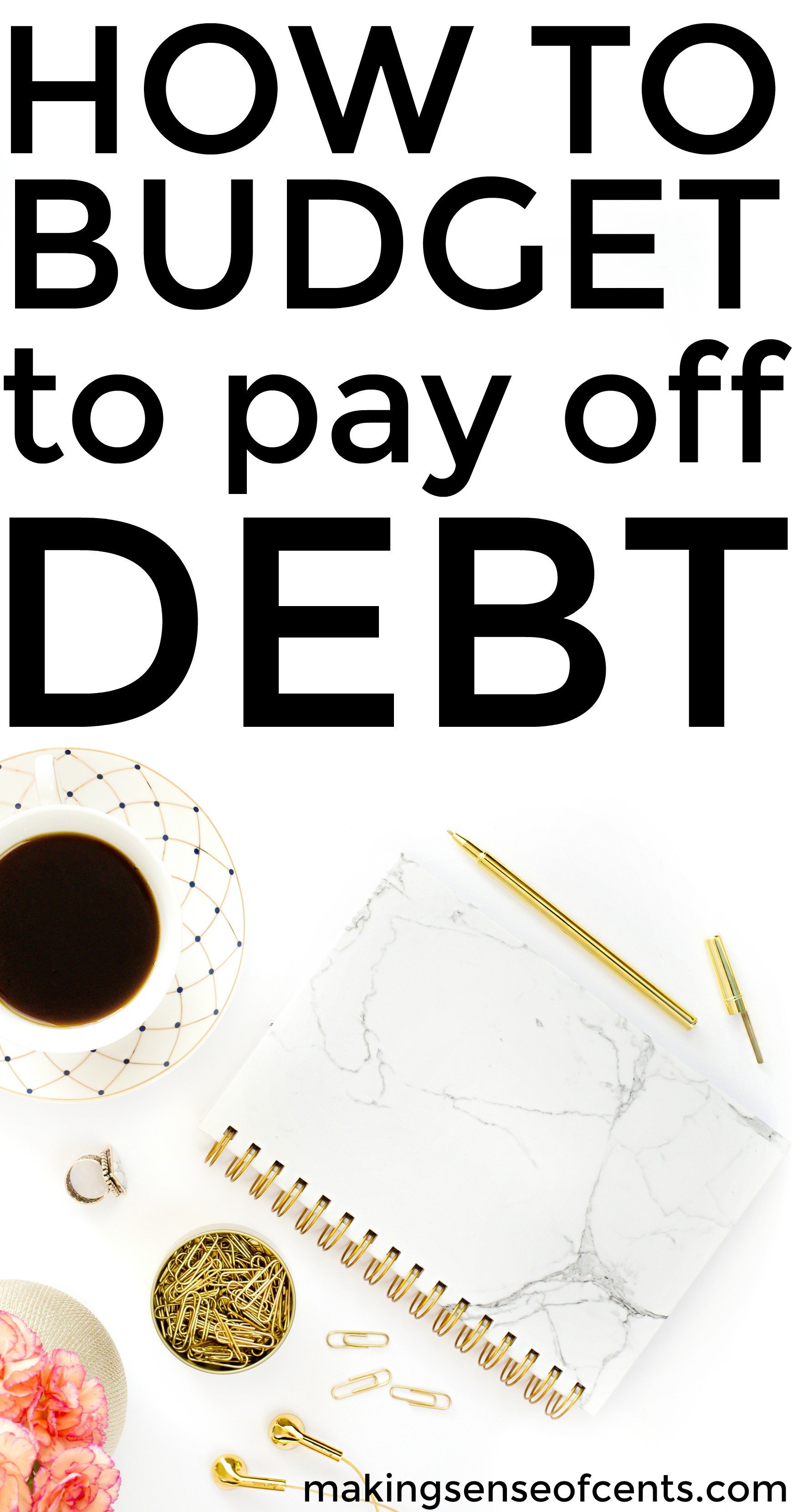 Hey everyone! Today I have a guest post for the fifth week of my debt payoff series (the other three posts were How I eliminated my debt in less than 1 year, How We Handled $32,000 in Student Loans, Getting out of debt … with a plan and Debt Repayment is My Middle Name).

I asked readers and friends to submit guest posts regarding anything relating to their debt. Enjoy! If you would like to participate, please e-mail me at senseofcents@gmail.com.

Today’s post is about how a reader created a budget to pay off their debt. Also, don’t forget to read about my wonderful $38,000 student loan plan and what I’m doing to aggressively get rid of them. I’m getting closer and closer to the payoff and it is such a GREAT feeling.

The proverbial mechanic who drives a broken down car.
The contractor with an unfinished basement.
The hair stylist with roots.

What do these three have in common?  They are all professionals who don’t follow their own advice.

I used to be one of them – a CPA in debt.  Big debt. I have always liked to spend.  I remember when I bought my first car (actually it was a truck.)  It was an impulse purchase.  Had to have it.  Didn’t care about the financial consequences.

And that’s how it was.  If I wanted something, I bought it. It didn’t matter whether I really needed it, whether I could afford it or what it meant for my financial future.  My philosophy was easy come easy go.

Until the easy go exceeded the easy come

My reckless spending habits eventually caught up with me.  I had so many credit cards that I was pulling cash from an ATM with one credit card so I could make the minimum payment on another credit card.  My entire paycheck was going towards my credit cards.  And thus the cycle continued.

I read book after book after book on getting out of debt.  I followed all the advice and rules, but nothing stuck longer than a couple weeks.  And always at the end, I would be further in debt.  Just like a diet.  You lose a little weight, but then you gain it back – plus 5 pounds.

And one day, I woke up!  I realized following the rules and applying conventional wisdom wasn’t working for me.   In order for me to triumph in the war against debt, I needed to find creative ways to satisfy my cravings.  I needed to turn my weaknesses into my strengths.

I painstakingly captured every expense in Quicken for 3 full months.  YES – three months!!!   Why three?  I needed to capture my natural spending habits over multiple payroll cycles.

At the end of the three months, I performed a very difficult and honest self-analysis of my spending behavior.  I ran a report in Quicken detailed by category.  By reviewing the report I could identify my spikes in spending and determine why they spiked (i.e. what was going on in my life at that time).  I did the same for the peaks when I was acting financially responsible.

I then created a budget based on those peaks and valleys.   I created budget categories that catered to my flaws.  For example, every time I tried to restrict my spending – you know – be all financially smart and perfect – that’s when I spent the most.  So I created a “Fun Money” budget category.  That was money I could spend on whatever I wanted.   No questions asked.

I stopped trying to save money by eating in.  I created a “Dining Out” budget category and allowed myself to go out with my friends and family without the guilt attached.

I also created budget categories for areas in my life where I knew the inevitable binge would occur.   For example, I have an insatiable desire to redecorate my house.  So I created a “Happy House” fund.  I put a little away each month.  When the craving for a spending spree reared it’s ugly head, I was prepared.  I had money saved.

For expenses that fluctuated each month, I kept a flat budgeted amount and treated it like a reserve.  Heat, for example.  In the summer the heat bill was low thus I wouldn’t spend everything I had budgeted.  I would roll those “left-over” funds forward until I needed them in the winter months.

Finally, I had a budget category for debt pay-down.  I focused all my efforts on one credit card at a time.  When that credit card was paid off, I applied that much more to the next one.  I started with my smallest credit card debt.  Not the one with the highest interest rate.  The purpose was to gain momentum.  You know, the infamous snowball effect.  (I have learned that I will never beat psychology – so I have chosen to run along side it.)

The final play in my Super Bowl against debt was tracking actual spending against my budget with unrelenting persistence.  Every couple days, I tallied all my spending against my budget.  At no time did I not know my exact financial position.  This tactic eliminated any compromise to my plan because I could not fool myself into thinking I had more money available than I really did.

Beyond the ability to say I was debt free (with the exception of a mortgage and a car payment), two great things happened to me as a result of this process.  One, I had built an arsenal of good financial habits.  Those habits turned into an ability to save.  And two, that savings led me to be able to take a year off work and stay home with my family.

Was it hard?  Heck yeah!  Nothing in my life has been harder or more painful in my life.  Not even childbirth.  But I triumphed.  And I won!

Bio:  After saving enough money to take a year off, Dianne Aarnink recently said adios to her life as a corporate CPA.   She is chronicling her year of blissful unemployment over at www.skinnyseahorse.com, where you can also check out her small personal finance series – Skinny Wallet Phat Life.