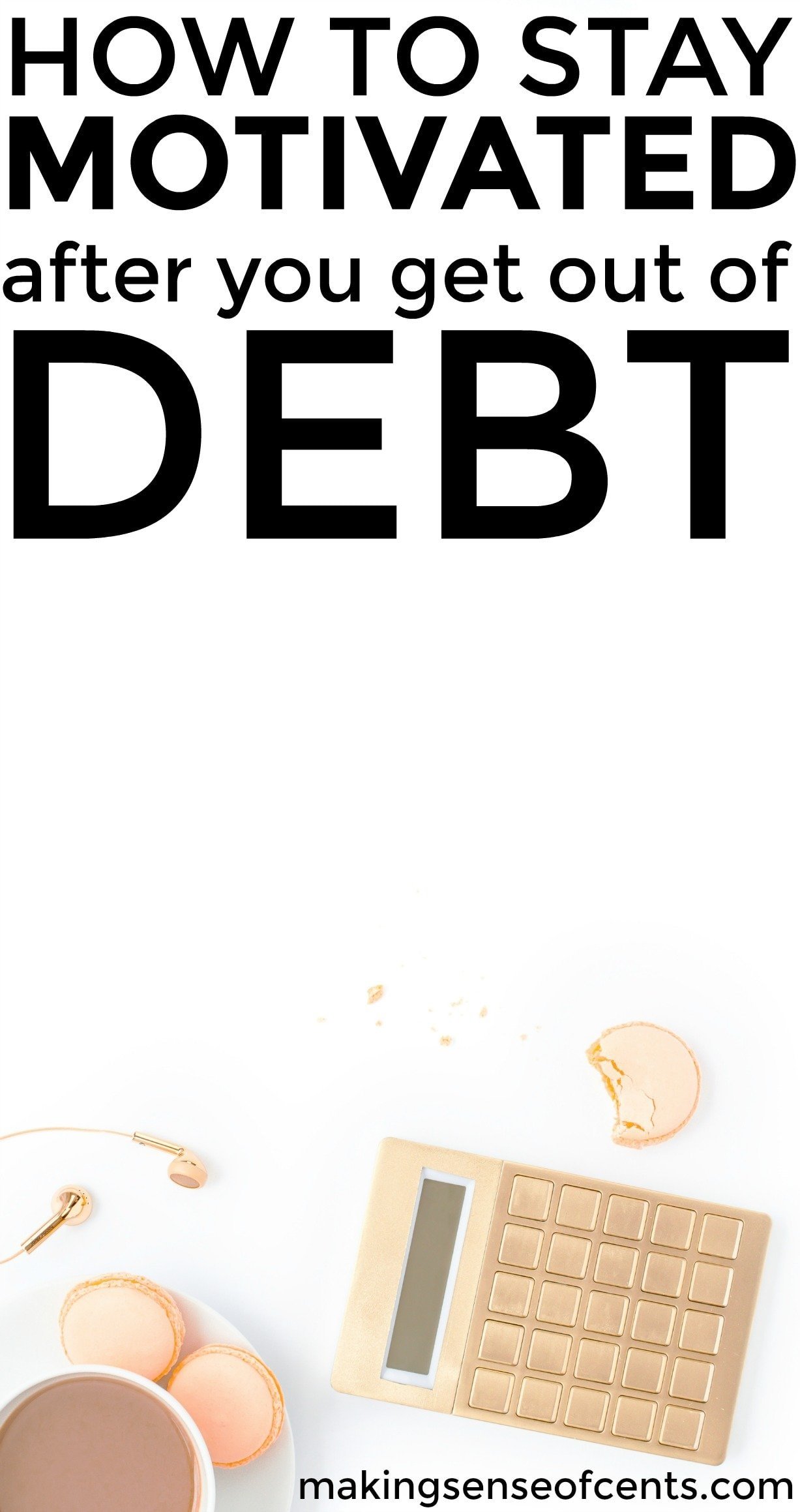 Today I have a post from a fellow blog friend Ben. He is full of financial information. When I asked for guest posters last month, he gladly jumped to the occasion to help me out. Thanks again!

I started last year with over $3,000 in credit card debt. Depending on your own experience with credit cards, that may sound like a lot or a little to you.

Either way, you can probably understand why one of my New Year’s resolutions last year was to become debt free in 2012. It really is no fun having debt, and I would actually even go out on a limb and say credit card debt is the least fun kind of debt to have.

So… how’d I do? Pretty well! I was able to pay off my entire credit card balance and reached my goal in July of last year.

But as soon as I had paid off my debt, I ran into a new problem. It was hard to maintain the good financial habits I had developed once I knew that my debt was gone! These habits included:

These were the habits that helped me pay off my credit card debt quickly – even faster than I expected – and it felt good to know that my behavior changes had helped me reach my goal. Which is why I found it troubling that these habits started fade away once I became debt free.

The truth is, getting rid of debt is an extremely urgent goal. It’s also very hard to ignore. Those two things made it easy for me to stay focused and commit to the habits listed above. Once I was out of debt, the urgency and the focus were not there anymore. I started to feel more positive about my finances (which is good) but that positive feeling lulled me into ‘easing up’.

I stopped using my budget spreadsheet for awhile. I went back to buying lunch out of the office everyday. And I no longer looked for ways to make extra money.

Tips for Staying Motivated After Getting Out of Debt

After reviewing my progress (or lack thereof) for the last few months as part of my preparations for the New Year, I identified several practices that will help me get those good habits back. Hopefully these can help you as well, no matter what your goal is:

1. Create a goal: There really is nothing like a goal for providing motivation. In fact, I think there is something about our human psychology that requires this type of focus on a single objective to create any lasting behavior change. So… what’s my goal? I’ve decided that I want to save at least 20% of my take home pay this year.

2. Envision your future: Your goal will be more powerful if it is associated with a vision of where you want to go. For me, the long-term vision that motivates me is having financial security, which means an emergency fund of at least $12,000-$15,000 and to eventually have some measure of financial independence, which means enough money saved up to retire early (I know that’s a reaaaally long term goal).

3. Have monthly targets: In addition to your main ‘big picture’ goal, you need monthly targets. These will show you whether you’re on the right track and they help you maintain that sense of urgency every month. In my case, the monthly targets are to save 20% of my take-home income each month and to know exactly how much I spent each month.

4. Allow yourself small rewards: One of the things that tripped me up after getting out of debt was that I really wanted to reward myself for accomplishing that major goal, and that resulted in some additional spending. The problem wasn’t that I spent a little extra for one month, it was that I continued to spend a little extra. That’s why you do need to give yourself rewards (i.e. one dinner out or one trip to the movies – whatever makes you happy). The trick is to enjoy those nice things and to look at them as special treats rather than things you can do all the time.

5. Spend time with like-minded people: It may sound strange, but you are who your friends are. Research has shown over and over that we tend to act in ways similar to those around us. If you’re spending time with people who don’t have financial goals and/or who like to spend well above their means, you’re going to have a difficult time sticking with your plans because you’ll be trying to ‘keep up with the Joneses’. On the other hand, if you spend more time with people who share your financial goals, it will be easier to stay on track.

Benjamin Feldman is a personal finance writer for ReadyForZero, a startup company that is helping people pay off debt with their free online tools. You can follow him on Twitter @BWFeldman and at the ReadyForZero blog.