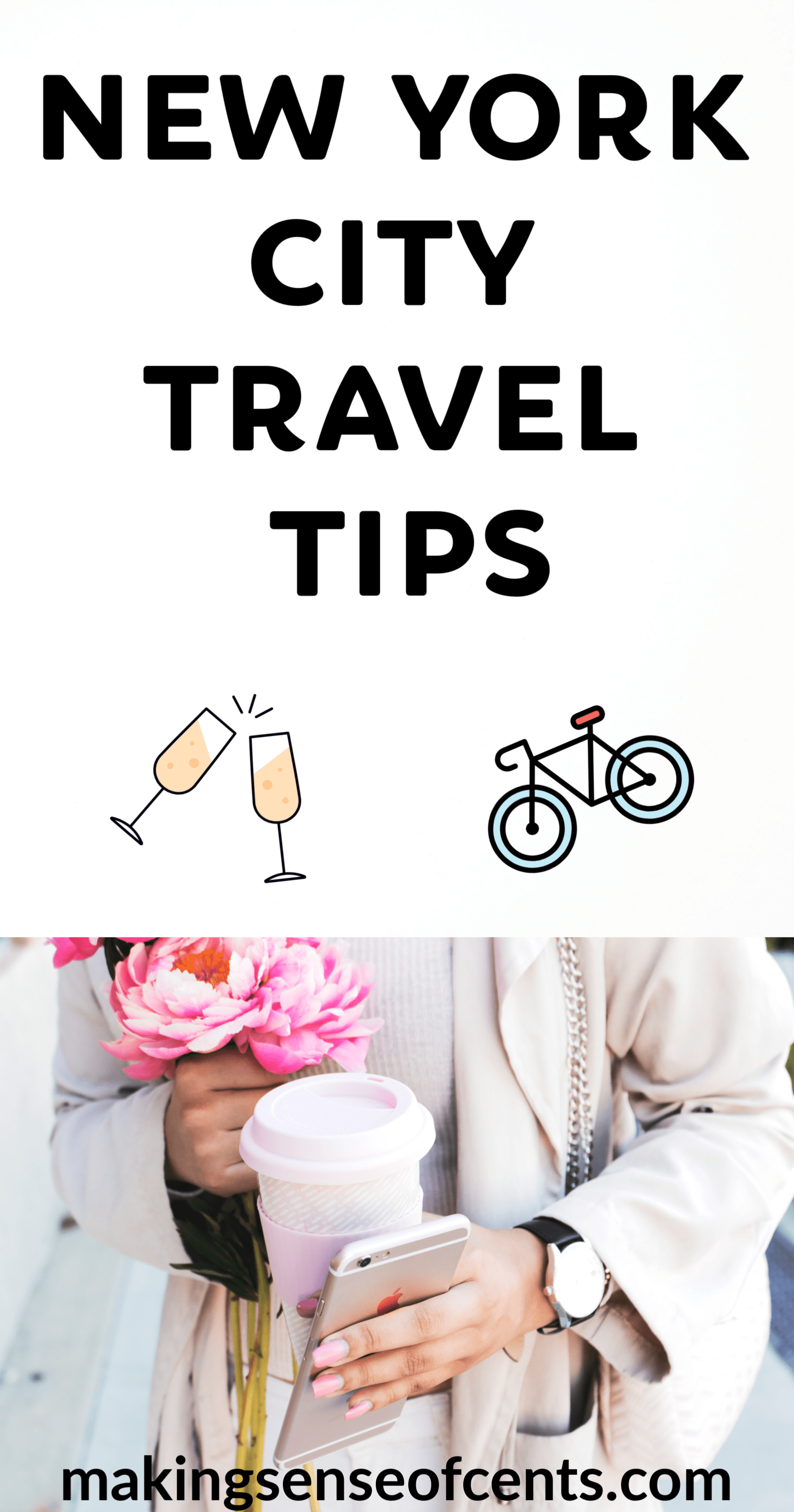 Hey everyone! I am currently in St. Thomas (WOOHOO!) and have some wonderful posts lined up for while I’m gone. I always love finding new blogs, so I hope you enjoy these great writers who were actually willing to guest post for me 😛 Don’t forget to read Emily’s post yesterday on Why She Loves Her Budget.

You read that right, I’m giving you tips on how to see the Big Apple (and the whole apple, not just a bite-sized portion) on the cheap!

NYC is a city that you can do as much, or as little as you want. We wanted to eat up as much of the Big Apple as our budgets possibly would allow and so I neurotically started looking for deals and ways to save costs in as many areas as possible. Here are areas I was able to find substantial savings:

Already being on the east cost (of Canada, mind you) it helped when it came time to fly (crossing many time zones gets more expensive). I scoured flight sales like it was my job and we finally settled on open-jaw return flights.

Flying open-jaw (into one airport but out of another) can save money. We decided to fly into NJ (Newark) and out of NYC (JFK). For our flights, it was $50.00 less/ticket to do it this way rather than in and out of the same port. I understand that this isn’t always an option, but in NYC you have three airports to choose from.

I think it goes without saying that if you’re going to Manhattan, you can probably do without a car rental, unless you have a death wish or are a thrill seeker. We arranged a pick-up from Newark airport from the place we were staying for $25.00. All I did was simply ask. We also saved money by taking the subway or cabbing it when the distance was too far to walk.

We also managed to score a sweet limo ride for the same rate as a cab. Cab drivers, although they have rates and regulations to abide by, were more than willing to negotiate flat rates with us.

This is the area we saved the most money. With the power of Google I was able to rent an apartment for a week (6 nights, 7 days) for $900.00 total. That’s $150.00/night divided by two couples. We had a renovated two bedroom apartment on the upper east side with full kitchen/bathroom/living room/TV/Internet.

Given that we had a kitchen we saved a ton on food as well because we bought a few groceries, ate breakfast every morning and had snacks with us when we were touring the city. We also saved because internet/tv was included, something a lot of midtown apartments/hotels will charge a fee for. We were two blocks from the subway or a $10.00 cab ride into Times Square.

It was also really nice because as much as I love the beat of the city, it was nice to get away from the noise at the end of the day and retire to our little home for the week. It was through this apartment rental that the owner arranged for his brother to pick us up from the airport for $25.00. When renting apartments online, make sure they’re a legit organization before sending any deposits and if you get a bad feeling- go with your gut!

The weeks leading up to the trip we got together and made lists of ”must-see places” as well as other ”would be nice to see” lists. Given that we were travelling with like-minded people we agreed on all points for our must-do’s making it much easier. We ended up buying a ”GO NYC city pass” which is basically a card that gains you entrance to many tourist attractions for one low price. I had previously purchased one for a trip to Boston and was happy with it. Check their site out to get a better idea (note: there is no affiliation here, I just think it’s a great product!).

We used stubhub for sporting events (NFL and NHL games) and saved a ton of money vs. using direct ticket sales. If you’ve never been to NYC, you may not know that you can get discounted Broadway tickets in the center of times square at a kiosk, you may have to wait in line for a while but the shows are often 40-60% off! We also got a discount on seeing the Rockettes Christmas Special by signing up for their e-mail newsletter and being one of the first people to buy tickets to their season opener.

As previously mentioned we saved a great deal by eating every breakfast in our little apartment. Along with the GoNYC city pass, we were offered discounts to a few restuants which we used any time we could. We also had the famous NYC ”street meat”, a great cheap (not-so-calorie-friendly) lunch. There were a few places we weren’t willing to compromise including a trip to the famous Lombardi’s Pizza in Little Italy, a MUST stop if you go to NYC (America’s first pizzeria). Although we did plan a few nice dinners out, we saved money by going to some of the more expensive places for lunch rather than supper.

It was a great trip and I can’t wait to go back! This time I need to convince my hubby to see the Bodies exhibit with me though….

Catherine is a wife, momma and dental professional by day. She’s also the voice behind her blog Plunged in Debt where she chronicles her and her husbands journey to debt freedom. You can read her full debt story here or follow her on Twitter.