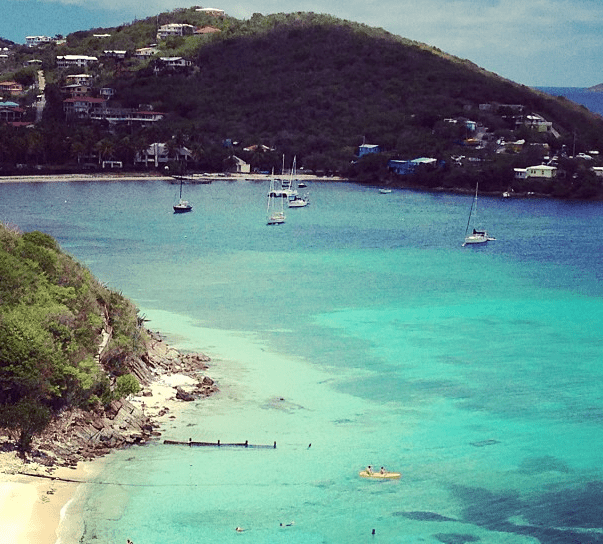 I talk about retirement a lot on my blog, there is definitely no doubt about that. Lately, I’ve explored how much I want to save, possibilities of what I’d be doing in retirement, and so on. Now I’m going to explore where we could possibly live when we do decide to retire.

I’ve thought about retiring abroad, mainly because I love traveling so much, but for me, I don’t think I would/could. I know I don’t have children now, but I don’t think I could willingly move away from any future family that I may have.

However, I do know that I would love to do some extended traveling. Living in a place for even a couple of months would be great, and the experience would last a lifetime.

I do want to travel after I retire, but not permanently live somewhere. I would love to have somewhere permanent to live near family.  Retirement isn’t for a long time for me, so some of you might think this is weird to think about. But I do like to somewhat dream of what my retirement will be like!

1. Getting homesick and not being near family.

I get incredibly homesick. Even when I just leave for a couple of days, I miss my dogs. Yes, some of you are probably laughing, but I do miss them. So I can’t even imagine what that would be like when I have children and grandchildren and then I have to leave them.

If I lived in another country, I’m sure I’d get bored of it eventually. I’d want to be near my friends, or to be constantly moving to other countries. Just staying in one place with no friends or families wouldn’t be for me.

This one isn’t really a negative, but it can be a big culture shock. They always say that it’s very difficult to learn a new language when you’re older. When moving to a new country, there are many things that you will have to learn. Cultures will be new, languages will need to be learnt and so on. This is something that wouldn’t really prevent me from moving though, so maybe this shouldn’t be here 🙂

3. Crime rates and the unexpected.

Of course not all abroad places have high crime rates, but this is something to think about. If you are in an unknown place, then you should especially be careful until you learn the ways and behaviors or the place you are in.

Yes, I realize that I don’t have many negatives of moving away, and they mostly involve around having to leave my future family.

However, there are many benefits of retiring abroad as well. These include:

1. If you’re going to move, you might as well go somewhere awesome.

If I were to retire abroad, I wouldn’t choose a place strictly on cost. I would choose somewhere that had a nice beach, friendly environment, etc. and that is the best value. While I do love the Midwest, one thing we are missing of course is the ocean, and the oceans’ nice beaches! There are so many places that are very pretty and nice, so moving closer to an exotic beach would be a no brainer for me.

2. Lower expenses and cost of living.

Not all places will have lower expenses than where you currently live, but many countries do offer that. There are a lot of countries in South America and other places where you can live comfortably for around $1,000. This is something that would definitely entice me as well.

Things that you couldn’t afford where you live now can also be much cheaper if you retire abroad. You might be able to afford household help and relaxing things such as going to the spa.

In many places abroad, there are many retirement communities full of people just like you, so you don’t always feel left out or alone.

3. Medical costs will most likely be lower.

One thing that many people in the U.S. complain about is extremely high medical care. In other countries that you could possibly retire to, the medical cost can be MUCH much less (such as 50% less).

Would you retire abroad?

Have you ever thought about it?