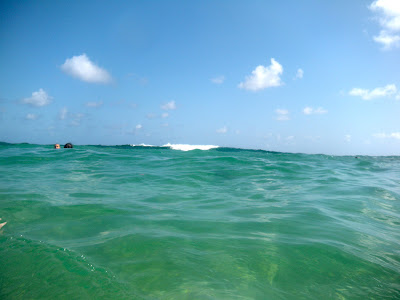 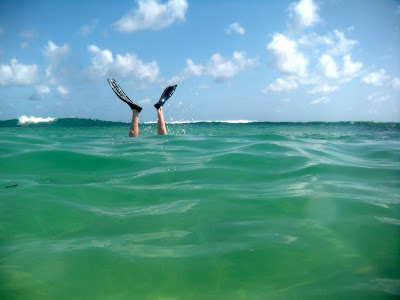 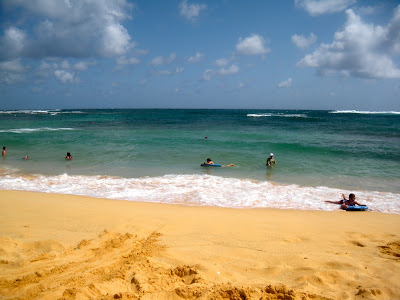 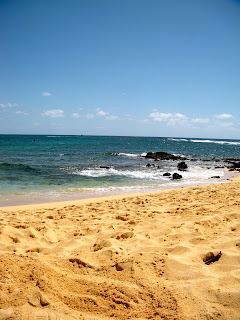 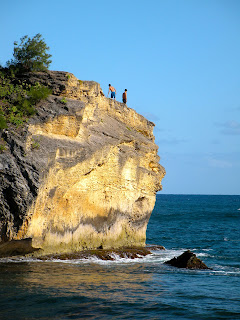 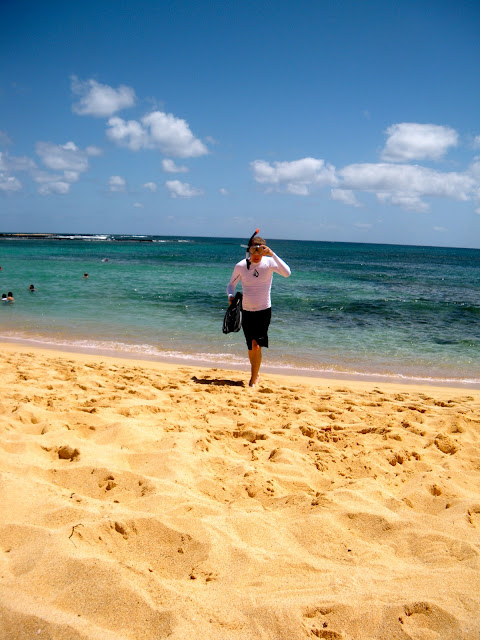 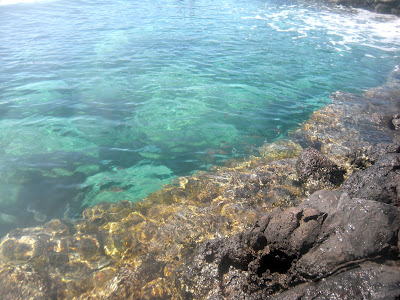 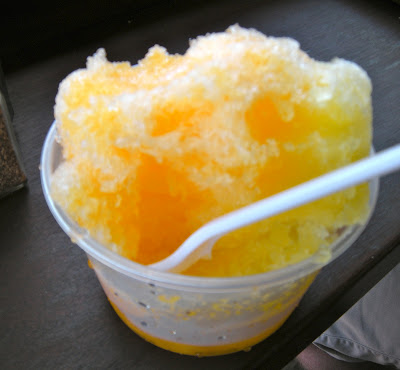 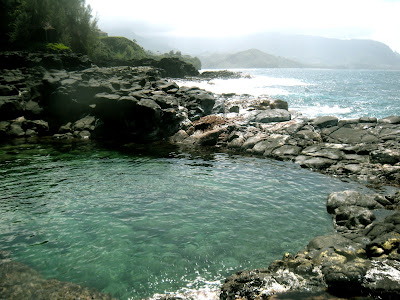 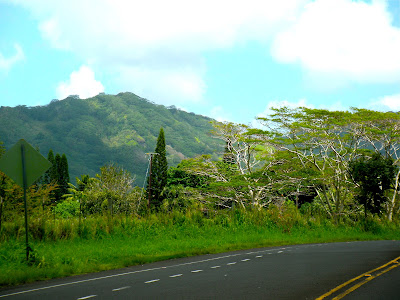 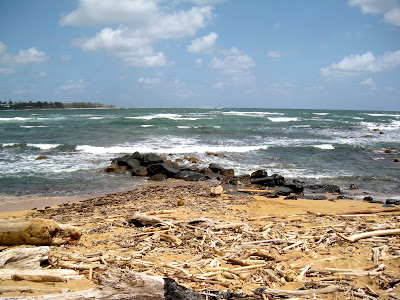 Were you expecting pictures of me? HA! Of course I include mysterious pictures of my boyfriend but none of me. Sorry guys. I guess you’ll just have to follow me on Pinterest to see what I look like.

Here’s a short recap. I still have a TON more pictures (I took around 400 altogether) and I’ll put more up over the weekend. I’m sure everyone is getting sick and tired of my vacation posts anyways.

We did a lot of “adventurous” type things. At least it was adventurous to me. We looked for “secret” places, places to cliff dive and pretty beaches. It was a lot of fun. The cliff on top is Shipwrecks Beach, and he jumped off of it. I was way too terrified.

Everyone was super nice in Kauai, it was great! The locals always gave us good tips on which restaurants to go to and where the best beaches are.

The power went out on the whole island for a couple of hours. And that was interesting. We drove around everywhere but it was out everywhere.

Hotel. We stayed at the Sheraton Kauai Resort. The hotel was very nice. I loved it. The pool wasn’t HUGE like at other resorts, but it was nice.  The bartenders were nice and the location was great! It was definitely on the more expensive side of the island, which kind of stunk because we had to go for quite a drive in order to get food within our budget.

Our flight. Our airfare was cheap (practically free) and we flew first class nearly the entire time (we had to fly coach on our connecting flight to Kauai from LAX) but first class on 3 other flights is of course GREAT!

Rental Car. We spent more on our rental car than I wanted to. Our original quote was around $250, but once we got to Kauai, we decided that we wanted to rent a Jeep instead. Well the Jeep was $600 with everything included (including insurance).

We weren’t going to get insurance on the smaller economy car, but with the Jeep, I was just a little afraid of it getting hit. I’ve had rental cars in the past and every single time they were hit while it was parked and I was inside a store and the person always drove away (I’ve been involved in over 16 hit and runs, I hate people by the way). Luckily I never had to pay (the person who hit my own car and thus forced me to get a rental car had to front all of these costs). But I do know that rental car companies do usually charge a “time out of use” fee on top of the repair costs for the car being unable to be rented out. And your own insurance usually does not cover this charge.

So for an extra $100, I got peace of mind for 6 days that our car can be smashed in. We also took it off-roading and drove the heck out of it. We added around 700 miles to it, so we definitely got good use out fit. I am ashamed of the amount we spent though. AH!

Food/Miscellaneous. We ate a LOT. Food was pretty expensive on the island. We tried to eat at fast food places for breakfast on some days, but that didn’t help much since the drive to a fast food place was usually quite a distance.

We spent around $400 altogether on food. We saved a lot on alcohol by buying lots of 12 packs at the grocery store. Our fridge was packed full of them the entire time.

We ended up buying another suitcase while we were there so that we could check a bag full of things that we wanted to bring home. We bought a 12 pack of Hawaiian beer (yes a couple of bottles busted as well and that was horrible to clean), a Poipu blanket (that’s super soft!), some shirts, and gifts for friends. We spent around $200 on souvenirs when you add the suitcase, souvenirs, etc altogether.

Total for food/miscellaneous: $600
Total ACTUAL cost for the vacation:
$1,950

This was definitely our most expensive vacation yet. And it’s still a little hard for me not to beat myself up over the costs, but in the end, I had a GREAT time. It was nice to get away for a week and just relax.

So what do you think? Did I spend too much? Where do you try and save while on vacation (car, hotel, food, etc)?