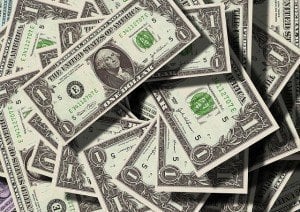 The other day my sister called me upset because there are so many financial related things she doesn’t know about or how to do. I feel bad for not teaching her these things. I learned a lot from my dad before he passed, and I learned a lot from my job as a retail manager (because I had to balance drawers, go to the bank, write checks daily, and so on). With her job, she doesn’t manage money at all because she is a CNA.

I do believe schools should require personal finance classes (at least basic financial topics) and I think her high school required half a credit or something very small. A lot of schools don’t offer any type of finance class, whereas I think it should be required just like Art or cooking.

I think a personal finance class would be one of the most valuable (if not the most valuable) class that could be offered. How many classes did you go to where you didn’t remember a thing? I think if it affected you personally, then you would remember.

A class that I had to take that was required (it was either I take this or wood shop (?) class), and that was Home Planning. Kill me, I seriously did not want to go to this. One thing we had to do was create our dream wedding. Talk about a joke of a class. I don’t know how this benefited me at all. I think I married Tom Welling in my dream wedding (hey I was a big Smallville fan in high school! Leave me alone). This dream wedding project took the WHOLE semester. I honestly can’t remember anything else that we did in this class. So this is proof that I believe a personal finance class would’ve been better.

What she’s asked me recently:

My sister is very responsible with her money. She works hard and works several hours (sometimes up to 80 in one week) and makes decent money for a person her age (18). However, up until recently, she thought she was getting paid wrong whenever her paychecks came. So I added and multiplied everything, and her check was correct. She was shocked at how much less she was being paid because of taxes.

I would also like to teach her how to efficiently use her credit card in a way similar to how I do. I don’t want her to get caught up though and rack up credit card debt, so that will probably wait.

If kids were better able to understand their money, they would of course be better with managing their money. It’s as easy as that. A class would help so many and most information would not be forgotten. At least that’s what I think.

What do you wish you would’ve known
when you were younger?

P.S. She text me early this morning asking how she can get cash out of her new account since her debit card hasn’t arrived yet.  I had no clue what she was asking. I told her to go inside. And she said “then what?” Are you joking? She didn’t know how to go inside and get cash out, she just always uses the ATM I guess. So I had to explain the process for her. Ughhhh