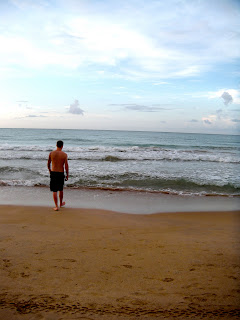 I don’t talk too much about the BF on my blog, but I’d like to. A lot of you said that you don’t mind that I blog anonymously, but that you’d love it if I shared more information about my life. I’ve never really said too much about the BF, I just tend to throw those letters around, but none of you really know anything about him. So you guys are lucky, today you will learn about him and how we handle our money.

A little information about the BF:

Now for some information about our relationship. We’ve been together almost 6 years, and we’ve lived together for almost 5 years. Yes, that means that we moved in together right after high school. We’ve lived in a total of 4 places (I think, I might be forgetting) and we bought our house at the age of 20.

Most would say that we’re crazy. But it worked for us. We also have joint accounts (nothing is separate). This doesn’t bother me though. After all of the problems that money brought in my family, I guess that caused me to not to get upset about money and relationships. And yes, most people will say that we are crazy since we live like this and are not married, but it doesn’t bother me (mainly because I don’t see how being married or not really affects us). This mainly has to do with the way I saw my parent’s marriage shrivel up as I grew up. I hope I don’t offend anyone with my thoughts above.

I’ve made a post on this before, but how does everyone else handle their finances? Joint accounts, separate, separate and joint? What do you think would work best for you? Tell me!

This leads me to the next little fact about us: Our lives are kind of similar to Erika’s. I also have a bigger salary than the BF, and because of the field I’m in, I most likely always will. I don’t see anything wrong with this. And I don’t understand why some people do think there is something wrong with this. We actually have had some people criticize him/us for that.  Do you make more than your significant other? What do you think?

We are not married, we’re not in a rush for that and don’t want to go into debt for a wedding. We do plan on doing that soon (I know, not romantic since we’ve talked about it).  Now don’t get me wrong, I definitely want to get married, but with school and work, I don’t have time to plan a wedding. I actually cannot wait until I can plan my own wedding. I’m having a blast planning my friends wedding. She similar to me and my BF. They’ve been together for 12 years (since they were 14, and yes they are high school sweethearts too), but because of schooling, she has her PhD from an Ivy League school, and so does he, so they never had time until now to get married. Looks like we’ll be on the same path as them 🙂

We’re high school sweethearts (Awwww right?) and I love him a whole lot of course. He’s very wonderful and we have a blast together. He’s someone that I can complain to (even though I know he’s not always listening), he listens about problems with my mom, he is actually nice to my mom, he was there for me when my dad passed, he’s my best friend!

Well, that’s all I can think of for now. Do you have any questions for me?