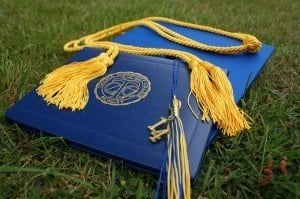 According to an article, found here, too little student loan debt can be a problem also. Is that even possible? I have posted in the past on how student loans can be seen as “good” and also how they are bad, but how could graduating with absolutely no debt be a bad thing?

The article talks about Jesse who “scrounges for free food at campus events and occasionally skips meals.” He doesn’t exercise, sleeps only 5 to 6 hours a night and takes 21 credit hours. Universities say that there are a lot of students like him.

“Students who take extreme steps to avoid debt at all costs, may get stuck with something much more financially damaging than moderate student loan debt. They may not wind up with a college degree.  To pay for college and minimize borrowing, students are working longer hours at jobs and taking fewer credits. They’re less likely to enroll full-time. They’re living at home. They’re “trading down” to less selective institutions with lower prices, and heading first to cheaper community colleges with plans to transfer later to four-year schools.”

I wish I would’ve done some of that stuff (not the going to a less selective school though), I would’ve saved a lot of money. I could’ve lived at home and attended the community college for the first 2 years.

I know I’m not the average person, but when I was in college, I often took 21 credit hours and I always worked full-time. It is hard, but it is possible. I graduated with debt, but I do have things and experiences to show for my hard work.

What do you think?